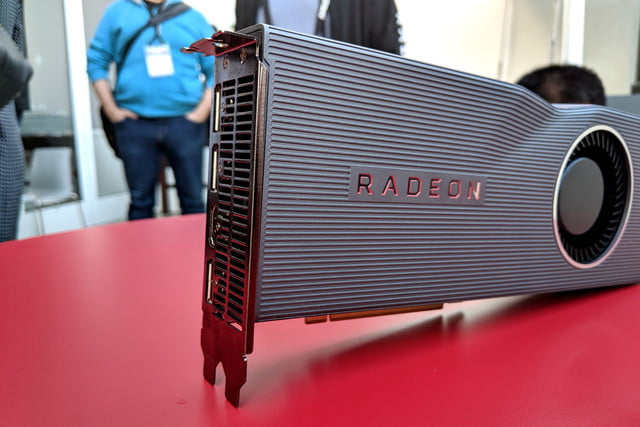 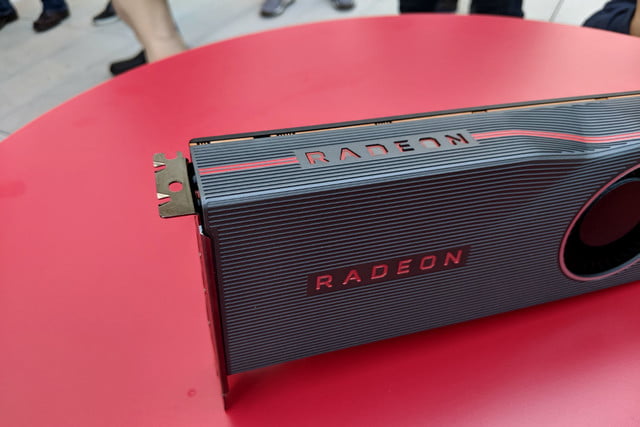 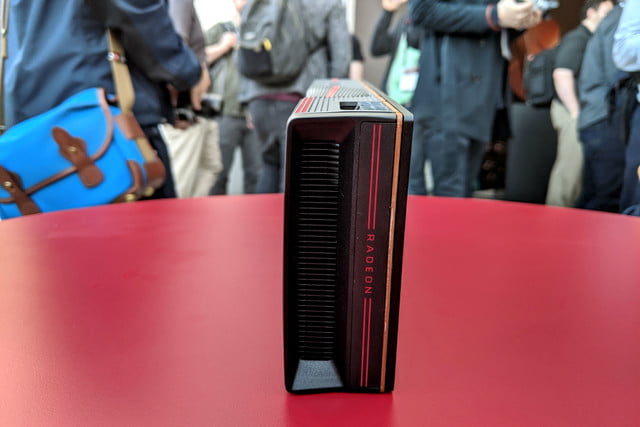 Our first glimpse of AMD’s highly anticipated next-generation graphics cards came at Computex, though details about the actual cards were scarce at the time. Now, we know quite a bit about these two new cards and the architecture that powers them.

The next generation of Radeon

Both the Radeon RX 5700 and 5700 XT are meant to be 1440p gaming GPUs, meaning they are cards that can supposedly support that higher resolution at smooth framerates. The 5700 XT is the more powerful of the two, packed with 9.75 teraflops and a boost clock of up to 1,905MHz. The 5700 isn’t too far behind, though, with fewer compute units and lower clock speeds.

As you can see in the official press slide, AMD has begun to use new clock definitions to describe what kind of performance you can expect from these cards. Base Clock and Boost Clock are familiar terms, but Game Clock what’s new here. AMD says Game Clock is the frequency you can expect what under a typical load. So, while in a demanding game, for example, you should be getting frequencies around or above the Game Clock speed, while occasionally shooting up to the Boost Clock in opportune scenarios.

Both cards use 8GB of high-performance GDDR6 VRAM, which provides a significant jump in memory bandwidth. These Navi cards are all built on the new 7nm RDNA architecture, which comes with all sorts of added advantages. 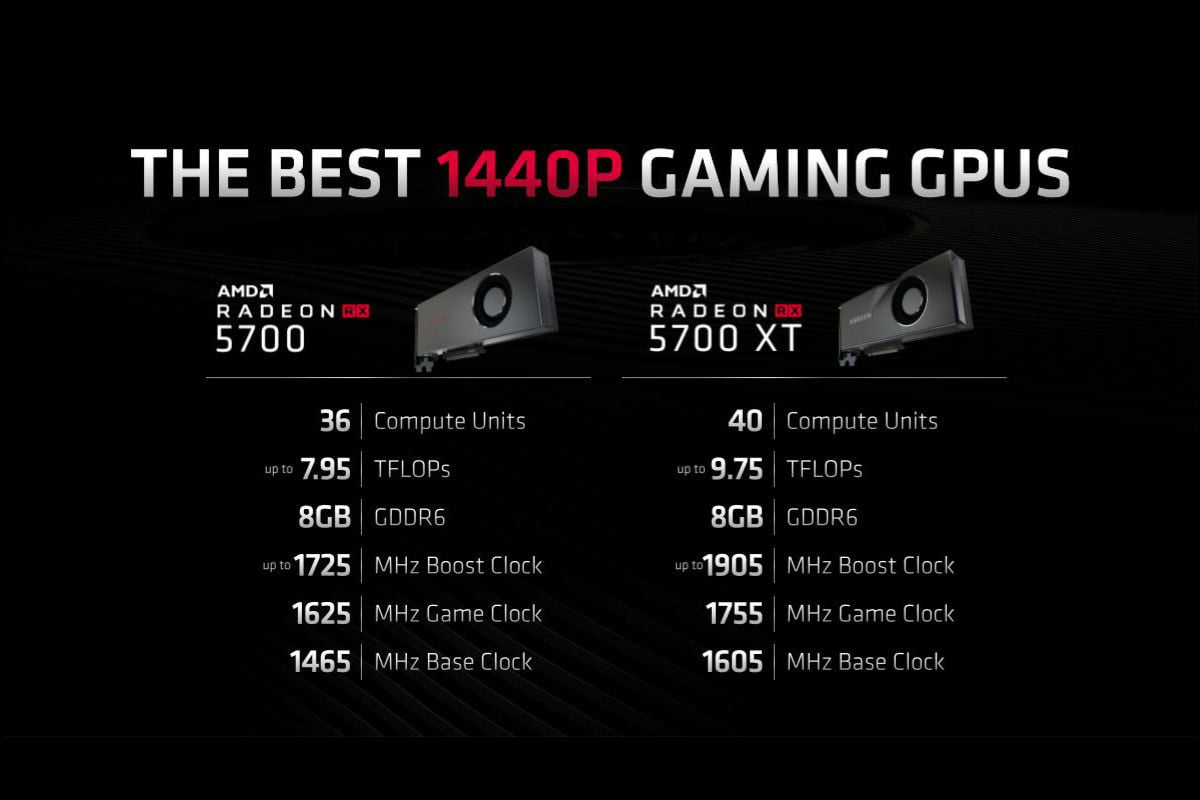 As for the design, they’re both blower-style cards, which AMD says helps keep a more consistent thermal design regardless of the chassis it’s used in. The cards both have vapor chamber cooling and are optimized to be run both quieter and cooler than the Radeon VII, which has a very similar design.

The shroud is made entirely of aluminum and powered by an eight-pin and six-pin connectors.

As for actual in-game performance, AMD offered a variety of comparisons to the popular options from Nvidia. The RX 5700 XT measures up to the RTX 2070, while the RX 5700 competes with the RTX 2060. The results vary by game, but the Navi cards definitely win out on average according to AMD’s tests. The key to these performance gains is all in the RDNA architecture, which takes the place of GCN (Graphics Core Next). That previous architecture isn’t going away entirely, but all these new Navi cards will be benefiting from the engineering redesign happening RDNA. AMD says RDNA achieves a 25% improvement in performance-per-clock compared to the older architecture. It all starts with the 7nm process, which is what allows for a lot of these engineering feats to take place. The smaller die, the more transistors AMD can pack onto these chips. In this case, the die size has been cut in half, and the transistor count is up to 10.3 billion.

There’s a lot going on under the hood, but AMD has done the hard-nosed engineering work to make performance gains where possible. RDNA doubles the instruction rate in its compute units, as well as reworking its multilevel cache hierarchy. The result is lower latency, reduced power, and improved performance per clock across the board. A lot of these efficiencies come from learnings from Zen on the processor side of the company.

There’s more to RDNA and Navi than just some performance improvements though. AMD is also concerned with scalability. More than ever before, AMD needs its architecture to support high performance in a variety of platforms and devices, ranging from PC and console to mobile and cloud.

These two new cards built on RDNA also are the first to support PCIe 4.0, which provides two times more bandwidth than the previous generation. We might not see that provide many benefits to the graphics card just yet, but AMD is overjoyed to be first to market on this new standard.

On launch day, through a partnership with Microsoft, buyers of the new Radeon graphics cards and select Ryzen processors will also get a Gears 5 bundle. As an incentive to AMD buyers, even though Gears 5 is launching in September, those who purchase the bundle can start playing on PC starting July, Microsoft said. Like the special edition GPU, this CPU will be available on AMD’s website, and gamers can purchase the Ryzen 9 3950X starting in September. AMD is promoting this model as its 16-core processor built for gaming, featuring 32 threads and 72MB cache. This beefed up Ryzen model comes with a 3.5GHx base clock speed that can go up to 4.7GHz boost.


Facebook
Twitter
Pinterest
WhatsApp
Previous articleAMD has an answer to Nvidia’s DLSS, but not ray tracing
Next articleMars lander simulator lets you take Opportunity rover for one last spin