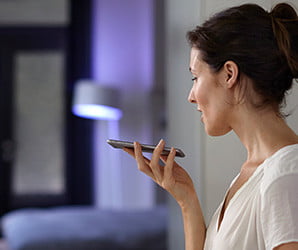 Surveys are rarely a perfect distillation of technology’s role in society but a new survey conducted by Adobe Analytics does contain some revelatory clues about voice-controlled devices and applications that could prove quite useful to developers and manufacturers of these products.

The methodology of Adobe’s surveys is pretty straightforward for these kinds of reports: They query more than 1,000 U.S. consumers, all of whom are required to have at least one digital device (read: smartphone or tablet) and be over the age of 18. The survey uncovered five top findings, and the data that inspired those findings is pretty interesting as well.

First, the survey demonstrated that voice ads are becoming credible alternatives to more traditional formats. A full quarter of those surveyed have heard an advertisement on a smart speaker before, and nearly 40% of those that had said the advertisement drove them to make a purchase at a later time. Over 30% said the ads are a fine phenomenon as an exchange for free services. The market is always evolving, but right now the ads that people are hearing most often are for music or podcasts, online search services, and news.

Meanwhile, the percentage of consumers that found smart speaker ads to be less intrusive than those found on TV, in print, and on social media has grown since the company asked the same question back in January, and those who found the ads to be more engaging have also increased.

The tricky yet attractive consumer market driven by voice shopping is showing more potential as more consumers get comfortable with these admittedly awkward interactions. Nearly half the respondents now believe that voice shopping is easier than using a computer, while over 40% would make new or additional purchases if a voice platform was supported by more brands.

The types of shopping-related activities are diversifying as well, as consumers employ voice commands for product search and research, creating shopping lists, comparing prices, and checking the status of orders, as well as buying recurring items like toilet paper, laundry supplies, and other items.

It isn’t all good news for companies living in the voice market. Adobe says that activities generally identified as emerging applications for voice, such as game play or food delivery, have hit a wall. However, Adobe also says, “The race is on to find the ‘killer app,’ especially as 72% of smart speaker owners report using it “at least daily.”

It’s not all about smartphones and smart speakers, either. Consumers report wanting voice control integrated into a wider array of products including televisions, automobiles, and other emerging digital devices. Nearly 30% said the voice assistant on their phones alone is an indispensable feature.

Finally, Adobe ended their new report on a fun note. It turns out a whole bunch of people across this great country are ready to dump Siri, Google Assistant, and Amazon’s Alexa for…Oprah Winfrey. Over 30% of those surveyed said they were jonesing for the option of interacting with a celebrity voice instead of a generic digital assistant. Celebrity voices were becoming a thing in GPS systems for a while but as far as we know, nobody has plunked down the cash to get a real live celeb to play along. But if you want to daydream along with the paparazzi, the most popular celebs desired by users of voice-controlled devices include Dwayne “The Rock” Johnson with almost 50% of the vote as well as Will Smith, Arnold Schwarzenegger, George Clooney and Chris Rock.