A cardiac arrest-detecting smart speaker could save your life 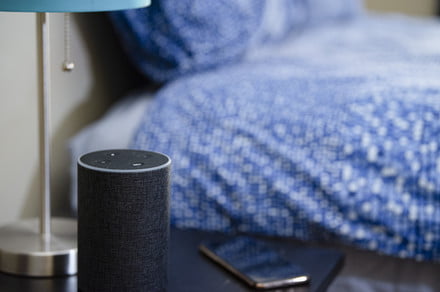 Whether it’s picking the music we want to hear, controlling lights and other connected accessories in our smart home, or searching for a quick piece of information without having to type anything, smart speakers are pretty darn great. But could they soon make the leap from time-saver to life-saver? An innovative research project from the University of Washington suggests the answer may be a resounding yes.

At UW, a team of researchers have developed a way to transform smart speakers into tools able to monitor people for potential cardiac arrest while they’re asleep. According to recent research, a patient’s bedroom is one of the most common locations for an out-of-hospital cardiac arrest. UW’s tool can carry out this detection without the need for any additional hardware and without touching the user in question. How? By taking advantage of smart speakers’ ability to always listen.

The work was carried out by the lab of Shyam Gollakota, an associate professor in UW’s Allen School of Computer Science and Engineering. Gollakota’s team has carried out some fascinating work in the past, such as developing a smartphone app that can hear ear infections: thereby granting ordinary smartphones diagnostic abilities that would normally require specialist tools.

“It is known that during a cardiac arrest, victims will … exhibit a symptom known as ‘agonal breathing’”

“Smart speakers are increasingly becoming popular,” Gollakota told Digital Trends. “You don’t need them to be recharged, and so they are plugged in all the time. As a result, you don’t need to be worried about power.” Gollakota thinks that smart speakers, properly leveraged by researchers, offer a “unique opportunity in terms of medical diagnosis and care.” It’s one that goes way beyond the largely leisurely space that they currently occupy.

The tool the team has developed is, in essence, an app (or, as Amazon’s Echo might term it, a “skill”) that listens for the signature sounds of cardiac arrest. In the event that these are identified, it can call for help: potentially alerting a caregiver or even emergency medical services.

“It is known that during a cardiac arrest, victims will stop breathing normally, and in a majority of cases will exhibit a symptom known as ‘agonal breathing,’ a type of disordered gasping sound,” Gollakota said.

To recognize these “agonal” sounds, and differentiate them from the other sounds heard in a bedroom environment, the team developed what is known as a Support Vector Machine or SVM. This is a type of discriminative classifier; essentially a sorting machine which can be given labeled examples of what it is looking for and then categorize any new examples it experiences.

“Our technology was tested on agonal breathing sounds obtained from 911 calls to Seattle King County’s EMS services during cardiac arrests from 2009 to 2017,” Gollakota said. “We evaluated our technology on 164 hours of sleep sounds, collected across 35 different bedroom environments, as well as 82 hours of sleep lab sounds where patients had apneas, hypopneas and snoring events. [These] can sound similar to agonal breathing. We showed that we can identify agonal breathing sounds accurately in all these scenarios.”

The tool is not quite ready for prime time yet, Gollakota said. “To make the algorithm more robust, we will have to augment more data across different geographical areas beyond Seattle King County,” he noted.

Will a similar transformation take place with smart speakers as they move beyond the early novelty phase?

Nonetheless, the results prove extremely promising. According to a recent paper published in the journal npj Digital Medicine, the UW team’s tool can detect instances of agonal breathing with 97% accuracy from a distance of up to 20 feet away. They are currently looking to commercialize the technology through a spinoff company called Sound Life Sciences.

The next generation of smart speakers

The work of Shyam Gollakota’s lab suggests a promising new way to use smart speakers. As he points out, this category of device is rapidly growing. In the U.S., smart speaker sales — covering the likes of Google Home and Amazon’s myriad Echo devices — are outpacing the adoption of both smartphones and tablets.

However, until very recently these devices were largely confined to novelty use cases. Sure, it’s helpful for a smart speaker to set a kitchen timer or to find us the latest Kendrick Lamar track without having to suffer the indignity of physically scrolling down a list on Spotify. But these are not necessarily the “killer apps” that the devices might one day be known for.

A “killer app” is a piece of software or a software feature that’s good enough to sell a device on its own. In the 1980s, personal computers remained the province of hobbyists before a program called VisiCalc came along. VisiCalc was a computer spreadsheet, the first of its kind, which suddenly made owning a personal computer a necessity for anyone who had a small business or simply wanted a better way to manage their finances.

More recently, health and wellness has turned out to be an enormous boon for the Apple Watch. Wearables have been around for many years now, but for most of those they remained niche products for tech geeks and, at their more functional, for select fitness freaks. When Apple launched the Apple Watch in 2015, it initially tried to expand wearables’ audience by presenting it as a fashion item. (Remember the $17,000 Apple Watch Edition?) Now, however, it has pivoted and embraced the life-saving features of the device — such as its ECG reader and fall detection — as major selling points. CEO Tim Cook has even said that Apple’s contributions to health care could turn out to be its biggest legacy.

Will a similar transformation take place with smart speakers as they move beyond the early novelty phase? Other tools such as the Alexa Guard, which uses the far-field microphones built into Echo devices to listen for glass breaks and alarms from smoke or CO detectors, suggests that manufacturers are looking for more life-changing ways of advancing their products. “You can think of [our tool as being] like Alexa Guard, but now for cardiac arrest detection,” Gollakota said.