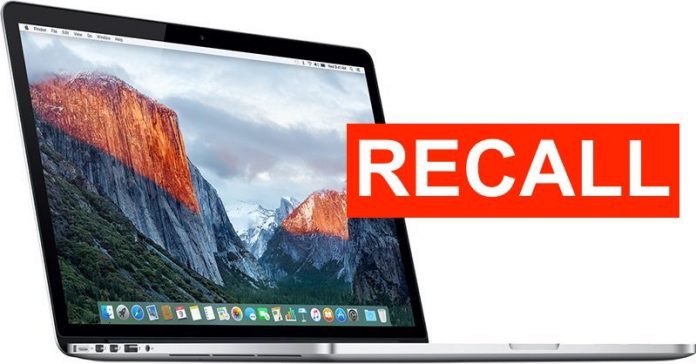 Last week, Apple launched a worldwide recall and replacement program for select 2015 15-inch MacBook Pro units, sold primarily between September 2015 and February 2017, due to batteries that “may overheat and pose a fire safety risk.” Apple will replace affected batteries free of charge.

The U.S. Consumer Product Safety Commission or CPSC has since indicated that Apple has received 26 reports of batteries overheating in affected notebooks, including five reports of minor burns and one report of smoke inhalation, as well as 17 reports of minor damage to nearby personal property.

About 432,000 potentially affected MacBook Pro units were sold in the United States, plus 26,000 in Canada, according to a joint recall announcement from the CPSC and Health Canada. As of June 4, 2019, Apple has received one report of a consumer incident and no reports of injuries in Canada.

Note that only the “Mid 2015” MacBook Pro is part of this recall program. To identify your Mac, click on the Apple logo in the top-left corner of the screen and click on About This Mac. Look for “Mid 2015” in the window that opens. Other models like the 12-inch MacBook and MacBook Air are not part of the program.