Home How to What is ISO? Camera settings explained
How to

What is ISO? Camera settings explained 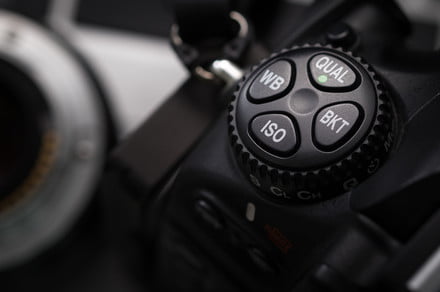 In photography, making sense of some of the jargon can be a daunting task. Understanding certain terms and how they apply to your camera is key to taking excellent photos. One of the most confusing settings is ISO, which is one of the three factors of exposure, along with shutter speed and aperture. Fortunately for you, we’ve put together this simple explanation to help you better understand what happens when you change your camera’s ISO and how it will affect your images.

First, let’s break down the initialism. ISO simply stands for the International Organization of Standardization, which is the main governing body that standardizes sensitivity ratings for camera sensors (among many other things). The term was carried over from film, when the ISO rating was known as the “film speed” and “ASA.” Having a standard of sensitivity is important, as it allows you to shoot the same ISO on different cameras and trust that the exposure value will be equal.

How ISO is used by cameras

With both analog and digital cameras, ISO refers to the same thing: The light sensitivity of either the film or imaging sensor. When you change the ISO on a digital camera, you’re rendering the sensor more or less sensitive to light. One of the greatest features of digital cameras — one that is often taken for granted — is their ability to change ISO on the fly. In the days of film, you were essentially stuck with whatever film speed you loaded into your camera, at least until you finished that particular roll.

Digital cameras typically have ISO settings that range between 100 (low sensitivity) to 12,800 or greater (high sensitivity). Compact cameras and camera phones may top out below that, however, and some interchangeable lens cameras with larger sensors go even higher, reaching ISO levels in the hundreds of thousands.

Like shutter speed and aperture, ISO values correspond to exposure “stops,” with an increase of one stop being a doubling of the sensitivity. The relationship of ISO value to exposure stops is very straightforward: ISO 200 is a one-stop increase (doubling of sensitivity) over ISO 100. ISO 6,400 is six stops above ISO 100. If you increase ISO from 100 to 400, you need to balance that with a two-stop decrease elsewhere to maintain the same overall exposure value, say by changing the shutter speed from 1/125 second to 1/500. Obviously, the exact numbers depend on the specific lighting of the situation.

Beyond simply changing the exposure, ISO also affects image quality. A higher ISO typically translates to a noisy or “grainy” image, just as a higher ISO film has more grain than one with a lower ISO. The picture below showcases how ISO can directly impact image quality, though, keep in mind that the particular noise levels depend on the camera.

A lower ISO won’t just make less noise, however. It will produce better color and dynamic range, which is the ability of the camera to capture detail in both highlights and shadows. Therefore, it is generally recommended to keep ISO as low as possible in order to get the highest quality output from your camera.

How to choose ISO

Nonetheless, there are times when it will not be possible to get a proper exposure without increasing the ISO. The most obvious example of this is low-light scenarios, especially indoors. Other situations in which you may need a high ISO include instances when you need to capture action (which requires a fast shutter speed) or deep depth of field (which requires a small aperture). On cameras with larger sensors, ISO can often be raised quite high before it starts to significantly impact image quality, so if you’ve got a DSLR or mirrorless camera, don’t be afraid to try a higher ISO if you can’t get the shutter speed or aperture value you want otherwise.

Here are some common situations that affect how you choose an ISO:

You should also be aware that a high-ISO image may look fantastic on your camera’s LCD screen, but that doesn’t necessarily mean it won’t look noisy once you print it out or view it on a computer screen. By default, cameras also tend to apply noise reduction on JPEG images with high ISO. Noise reduction removes noise by applying a small amount of blur to the image at the expense of detail. That said, if you plan to shoot at high ISO, you may want to take a moment to find and adjust your camera’s noise reduction setting, as lowering it can help preserve detail in your images. For pictures that will just end up on social media, however, noise reduction is probably fine at its default value.

Also, most photo editing software now includes noise-reduction settings or presets. Much like in-camera noise reduction, these will slightly blur the image — sometimes selectively — to reduce the visible noise, albeit at the expense of detail once again. Applying noise reduction in post-production tends to yield better results than applying it in-camera.

In a nutshell, high ISO allows you to shoot at faster shutter speeds, smaller apertures, or in darker conditions. This results in increased noise, however, and a general loss of detail.