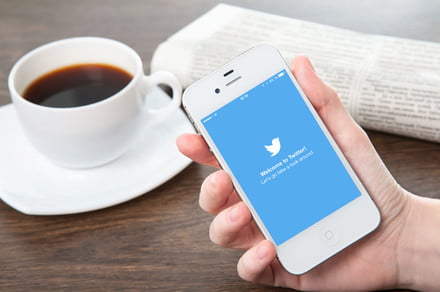 While Twitter is best known for people’s ability to squeeze profound thoughts, witty ripostes, and objectionable retorts into 280 characters or less, the team behind the microblogging app has also been gently pushing the video element of its service in recent years.

Those who like to fire up live broadcasts on Twitter are now able to invite others to join the stream, which could certainly add some fireworks to proceedings depending on the subject matter. Up to now, the person operating the live-stream can only interact with viewers’ chat messages that appear in real-time on the display.

The new feature, which mirrors the one added to Twitter-owned Periscope earlier this year, lets you bring up to three people into your live-stream, transforming it from a monologue into a conversation. But take note, you’ll only be streaming audio of your guests, not video.

“Whether it’s #NBATwitter or #DemThrones, you can discuss your interests with anyone around the world and actually hear their perspective and reactions in real-time,” the San Francisco-based company said in a post announcing the new feature.

Go live with guests! It’s more fun than talking to yourself. We promise. pic.twitter.com/CB5qSLebwq

If you’d like to add someone to your Twitter broadcast, it’s easy to do. First, open the camera by swiping left from your timeline, or by tapping the camera icon in the tweet composer. Next, tap the live mode at the bottom, then on the double-face icon top right, which allows viewers to request to join the stream.

After that, when you begin your broadcast and someone asks to participate, a notification will appear in the chat. If you’re cool that person joining, tap on the double-face icon and start chatting! Oh, there’ll be a five-second countdown in the run-up to them coming on board, too.

If, for whatever reason, you want to remove a guest from your live-stream, just tap the “x” at the top right of their avatar.

For those on the outside looking in who’re keen to join as a guest, tap the double-face icon and then tap “ask to join.” Again, f you’re accepted, a five-second countdown will appear on the screen, giving you notice that you’re about to join the broadcast. If you have a sudden change of mind, just tap the cancel button.

And remember, your audio will be heard by everyone watching the live-stream, not just the person — or people — with whom you’re chatting.