Home News These unlocked ROKit smartphones offer 3D video on the go for under...
News 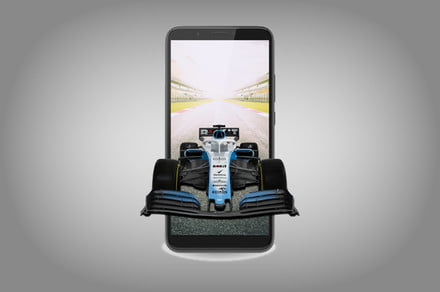 Although it didn’t usher in the revolution many people hoped it would, 3D video still has some interesting applications for consumer tech. The Nintendo 3DS has enjoyed great success, and this stereoscopic 3D technology – which allows the viewer to experience three-dimensional video on a screen without the need for special eyewear – has even come to smartphones like the unique ROKit Io lineup.

The ROKit phones are unique not only in regard to their stereoscopic 3D displays, but their affordability as well: These Android devices ring in at around $200 to $300, placing them well below the $1,000-plus price brackets we’ve seen on the latest iPhone and Samsung Galaxy flagships. They’re fully unlocked, too, so you can bring them to the GSM carrier of your choice. We’ve highlighted two 3D ROKit models below, and have also tossed in a third non-3D pick that’s a great smartphone alternative for kids, seniors, or anyone else who could use a break from attention-hogging touchscreens.

The Io is the entry-level model in the ROKit 3D family. It comes with a 5.45-inch stereoscopic 3D display with an HD pixel resolution of 1,440 x 720, placing it in the sweet spot of smartphones that are nicely sized without being too bulky. It’s got 16GB of built-in storage (expandable up to 128GB via the MicroSD slot) and 2GB of RAM, and comes with an 8MP rear camera and a 2MP front-facing camera. The Android phone features dual-sim capabilities, too, meaning you can link up with two networks at once – a particularly helpful feature for people who travel a lot, and one not often seen on phones made for the U.S. market.

As a nice bonus, you also get 12 free months of unlimited outbound Wi-Fi calls via the ROK Talk app. The ROKit Io 3D is quite affordable at just $200 from Walmart with free two-day home shipping. Since it’s an unlocked GSM phone, you can take it to any GSM-capable carrier such as AT&T, T-Mobile, and smaller service providers that run on these networks.

The ROKit Io Pro is the upgraded model of the Io 3D smartphone, boasting some improved specs like 64GB of built-in storage (expandable to 256GB with a MicroSD card), 4GB of RAM, 13MP and 2MP dual rear-facing cameras, and an 8MP front-facing camera. It’s also a bit larger, with a six-inch 2,160 x 1,080 Full HD touchscreen display. Its stereoscopic video capabilities let you dive into the world’s largest library of 3D content with the ROKFlix 3D app, which offers films, shows, documentaries, live performances, and more.

As with the Io 3D smartphone, the ROKit Io Pro gives you a full year of free outbound Wi-Fi calls, and its dual-sim design lets you use two networks at once if you ever need to. At $300 from Walmart, it’s still a very affordable Android device for those who want to enjoy ROKit’s unique 3D video capabilities.

Smartphones may dominate today’s mobile landscape, but flip phones remain on the market for a reason: There’s still a demand for no-frills cell phones and it doesn’t get much simpler than the classic clamshell design. The ROKit F One isn’t a 3D smartphone like the Io series (as you could probably tell at a glance), but we’ve included it as an alternative pick for flip phone lovers and recovering smartphone addicts. Its flip-up display is 2.4 inches across, and it packs the same dual-sim GSM functionality as the Io 3D smartphones.

As an old-school flip phone, the ROKit F One would be a solid (not to mention super-cheap) option for kids, seniors, and anyone else looking to break a smartphone habit and return to simpler times by ditching the touchscreen and internet apps. Like its 3D siblings, the F One gives you 12 free months of unlimited outbound Wi-Fi calling, and this handy 3G flip phone rings in at just $40.