These are the best Galaxy S10+ case you can buy 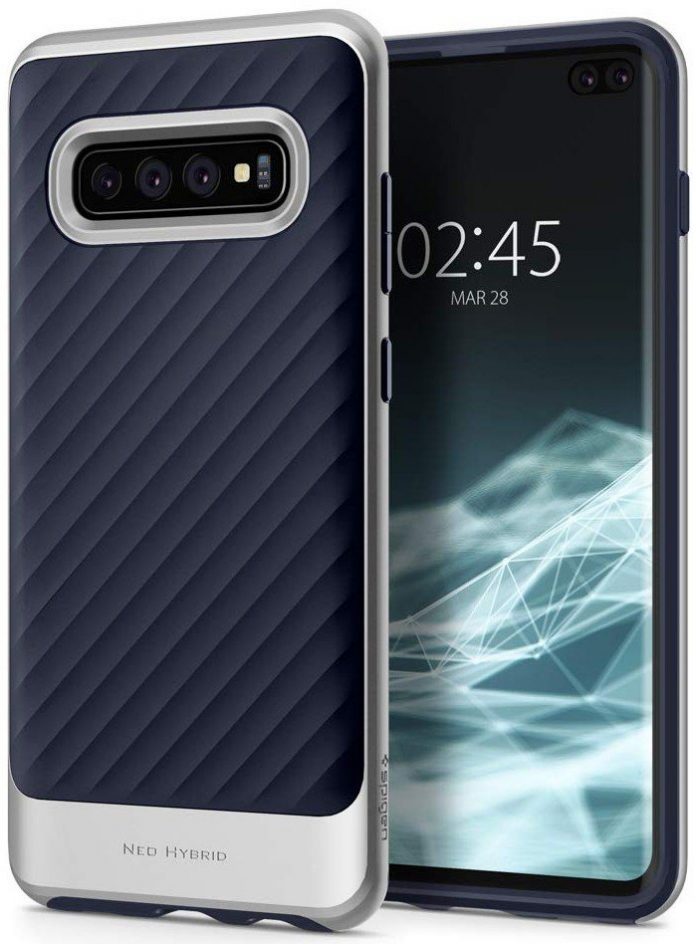 Repeat after me, my friends: No matter your taste, your phone needs a case. You just dropped a thousand dollars on a Samsung Galaxy S10+, and carrying it around without a case is just begging for Murphy’s Law to come pay that phone a visit. We’ve got thin cases, clear cases, fun cases, butch cases, and even more. There’s something here for everyone, but please, don’t leave this article without getting your new phone some protection!

New look on a classic winner 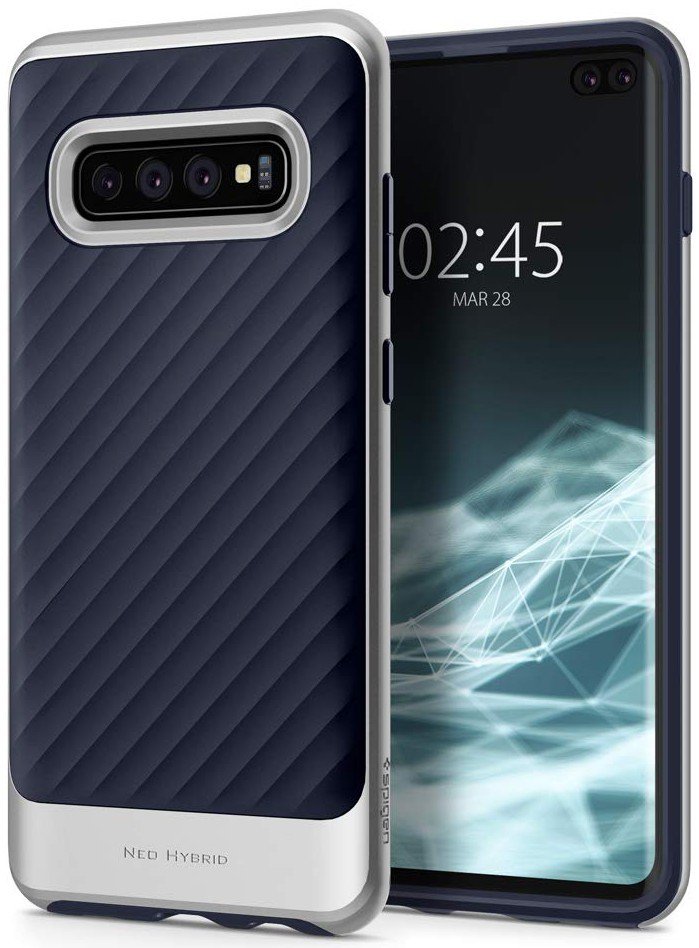 We’ve given this case series awards more than once in the last year, but this time around, the Neo Hybrid is getting even more attention because it’s gotten a refresh and features a new rear texture. Gone is the Herringbone and in its place is a new pattern that Spigen promises is grippier than ever. These crystal clear cases from Ringke feature clear, hard-shell backs, rugged bumpers in three colors — Black, Royal Purple, and Space Blue — and a robust lip around that big camera module on the back of the phone to keep your sensors safe. 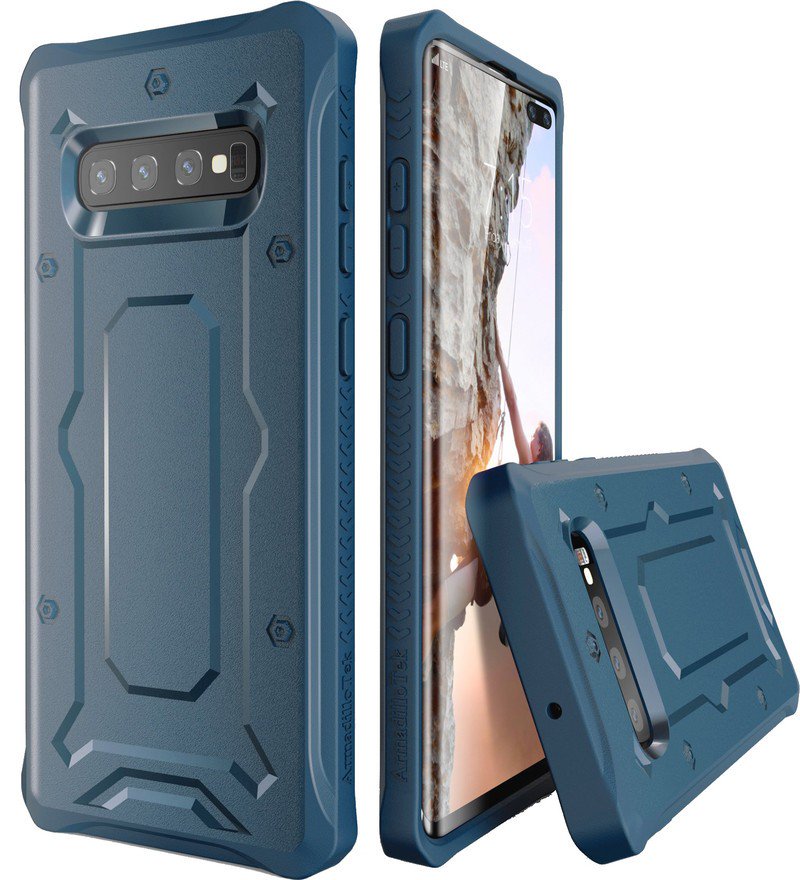 ArmadilloTek’s cases are all as rugged and tough to kill as its namesake animal, but the Texan casemaker is bringing a rugged case with a rock-bottom price exclusive to the S10+ with the Urban Ranger, a single-layer TPU case with grit, grip, and 5 fetching color options. 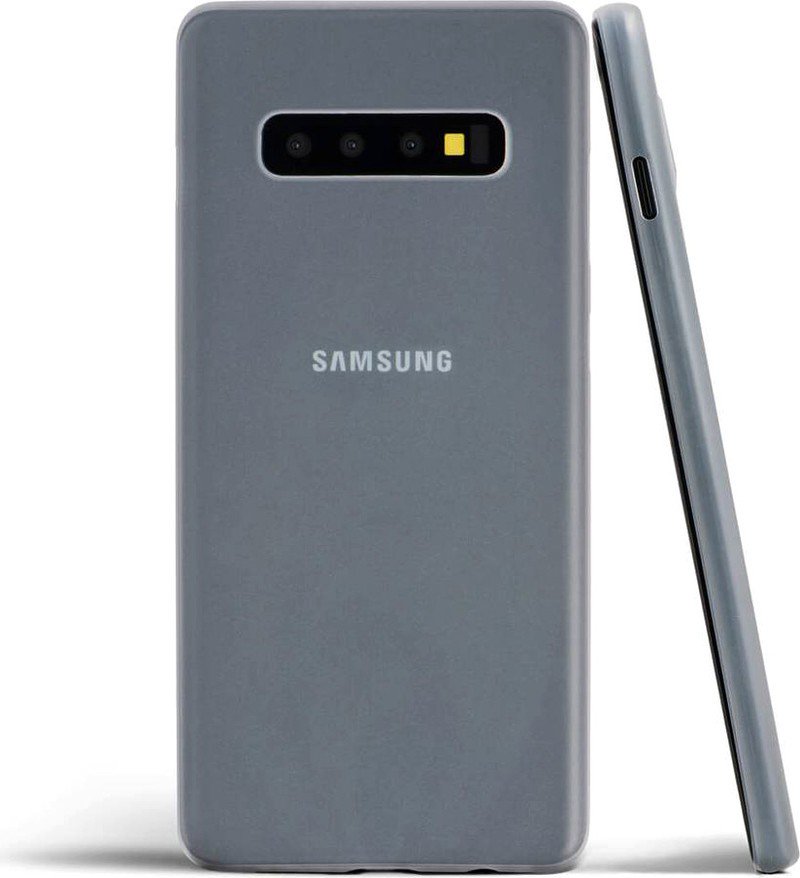 The S10+ is a lot of phone to handle, so I can “totallee” understand wanting a case that doesn’t add any more bulk to the party. Totallee’s Ultra Thin case is the case for people who hate cases, thin as can be with grip and grace.

BRING ON THE GLITTER 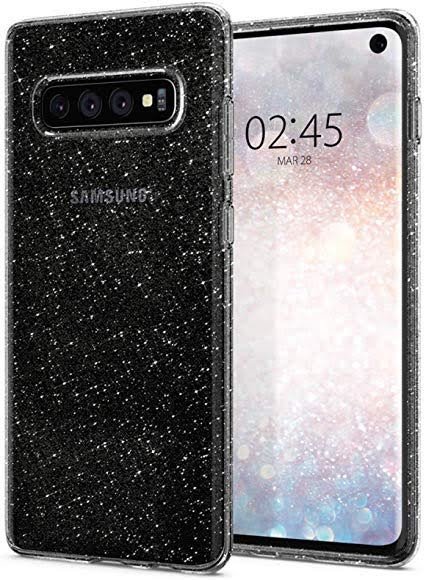 Yeah, Spigen makes a boring non-glitter Liquid Crystal, but the S10+ is a big, shiny phone and it deserves, a thin, shiny case! I absolutely adore the Liquid Crystal Glitter I have on my S9+ because it lets the Galaxy’s rich color shine through while obscuring small scratches and IMEI info. 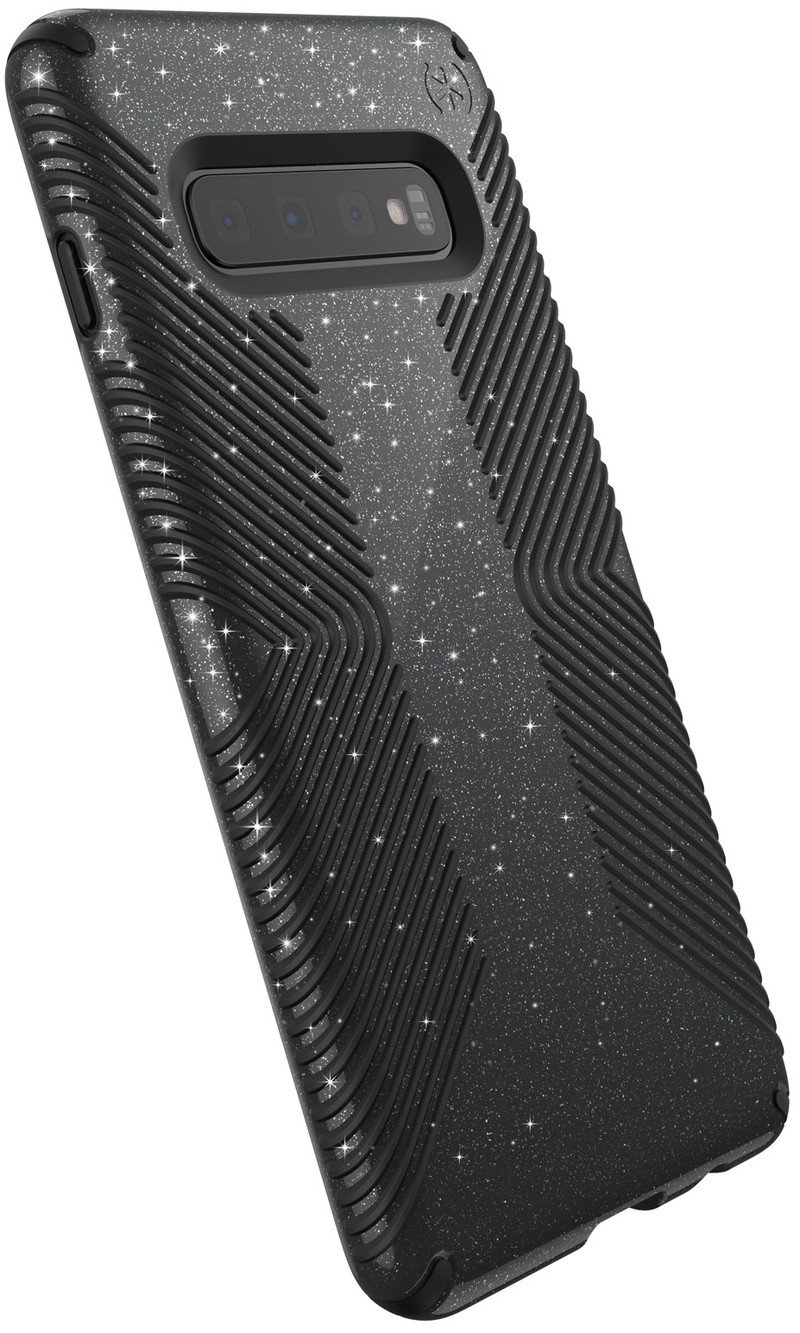 The name really says it all, but this is a shiny case that features silvery glitter in its bumpy, gray paint job. The grooves and ridges on the back are rubberized for extra grip, giving you a case that’s functional and fashionable. 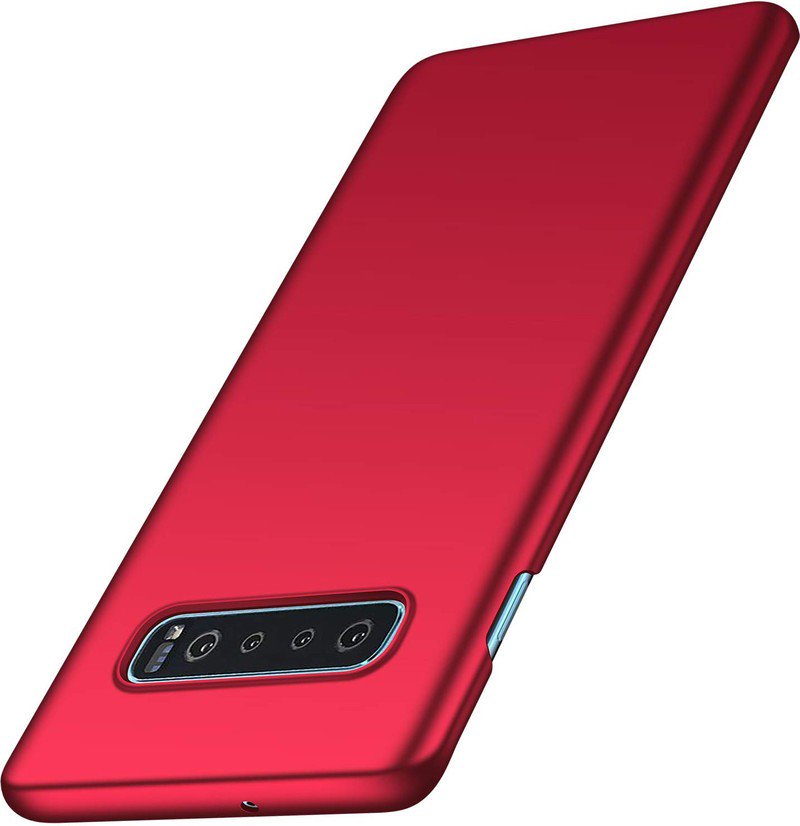 These thin, hard-shell cases may not give your S10+ much in the way of drop protection, but it does come in 5 colors and two finish styles — Smooth and Gravel — to give that glass back some extra scratch protection and grip.

Vinve’s carbon fiber cases have been dependable for many phones — popular and obscure alike — over the last year, and they’re back for the S10+ with four color options: Black, Navy Blue, a pweter-ish Grey, and this hot-rod Red. 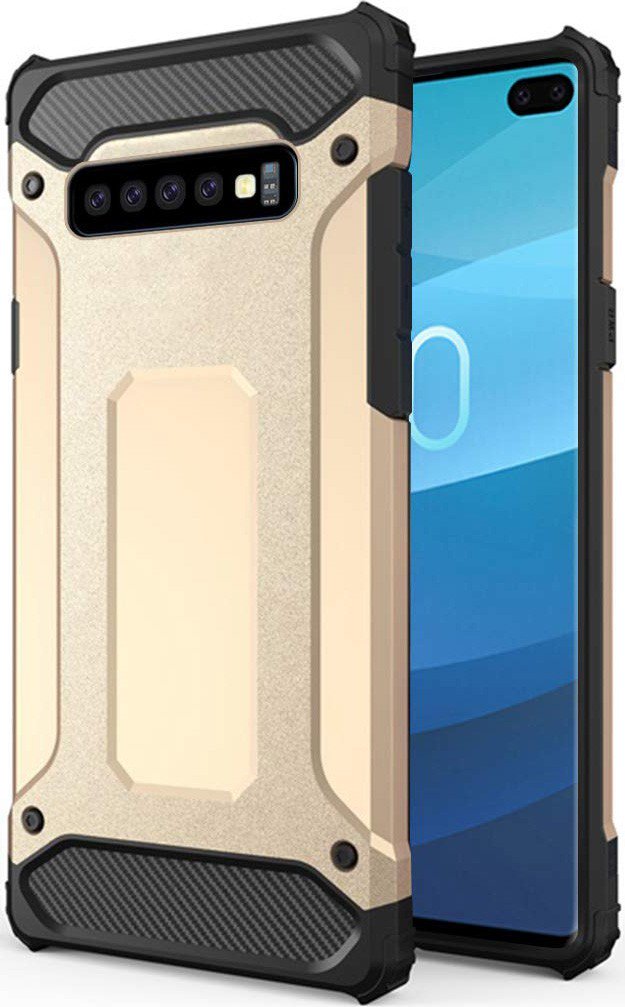 This hybrid case has robust corner bumpers to help you against the dreaded corner-drop shattering, and with fun colors like Rose Gold, Dark Blue, and a shiny Golden, this case can guard your S10+ in style without costing a king’s ransom. 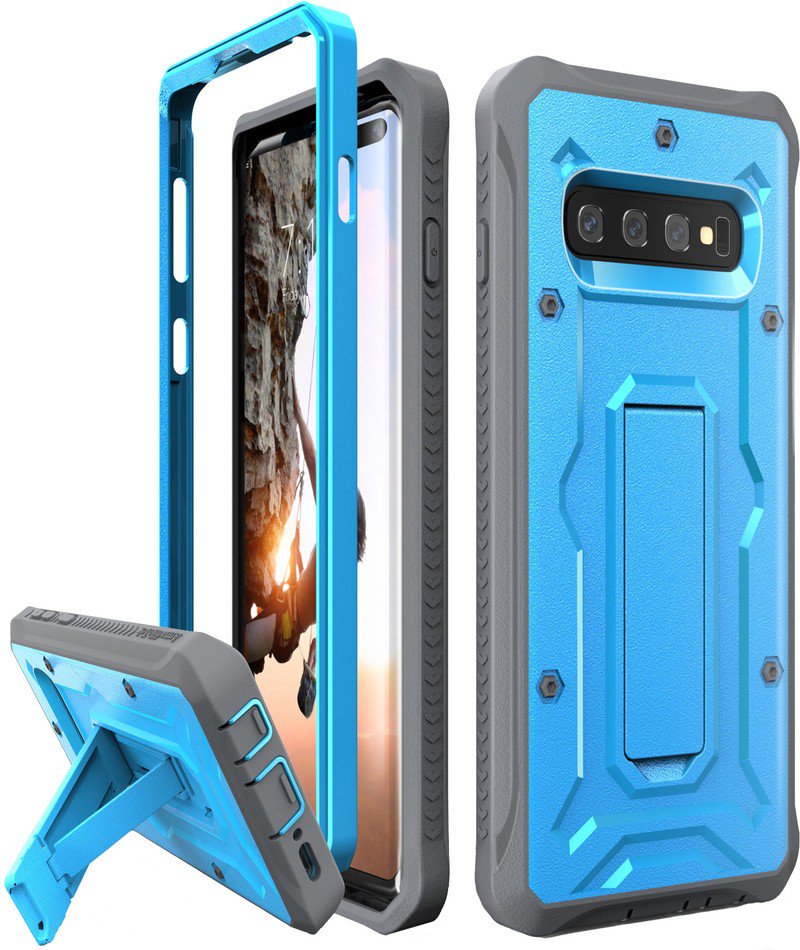 ArmadilloTek’s original multi-layer case checks all the boxes: dust flaps to keep grime out of the ports, built-in kickstand, wireless charging compatible, MIL-STD drop tested, Texas-born and a portion of each case’s profits goes to UNICEF. 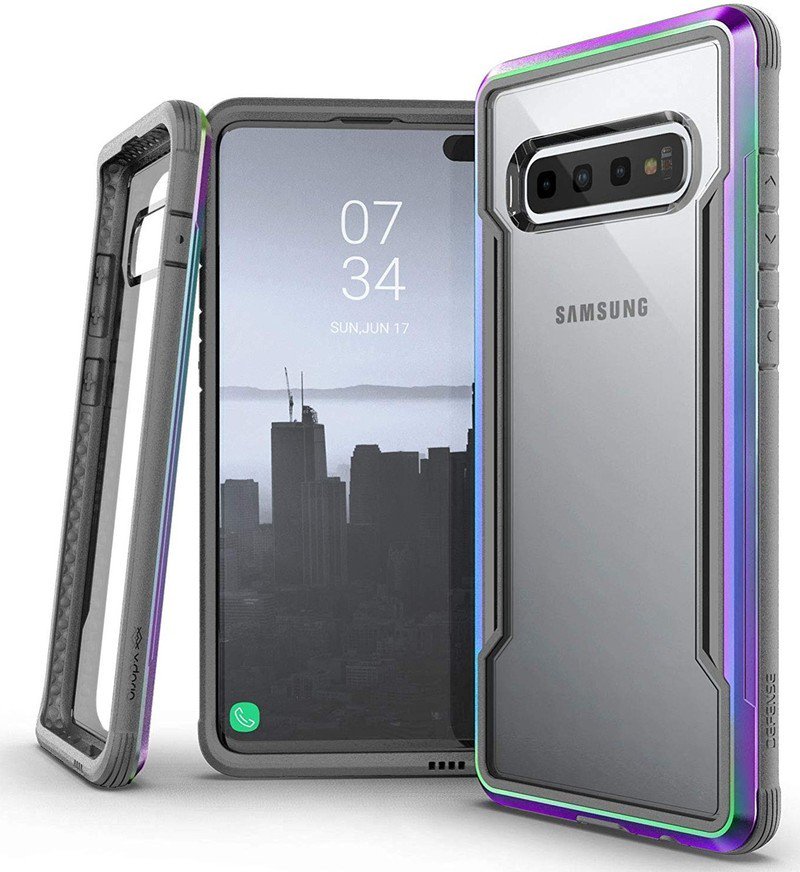 This clear case won’t let a drop ruin your S10+, and the three shimmering bumper colors ensure that whichever style you pick, you can rock it in style. I’m personally biased towards this Potion Purple-looking Iridescent, but the Red and Black are sweet, too. 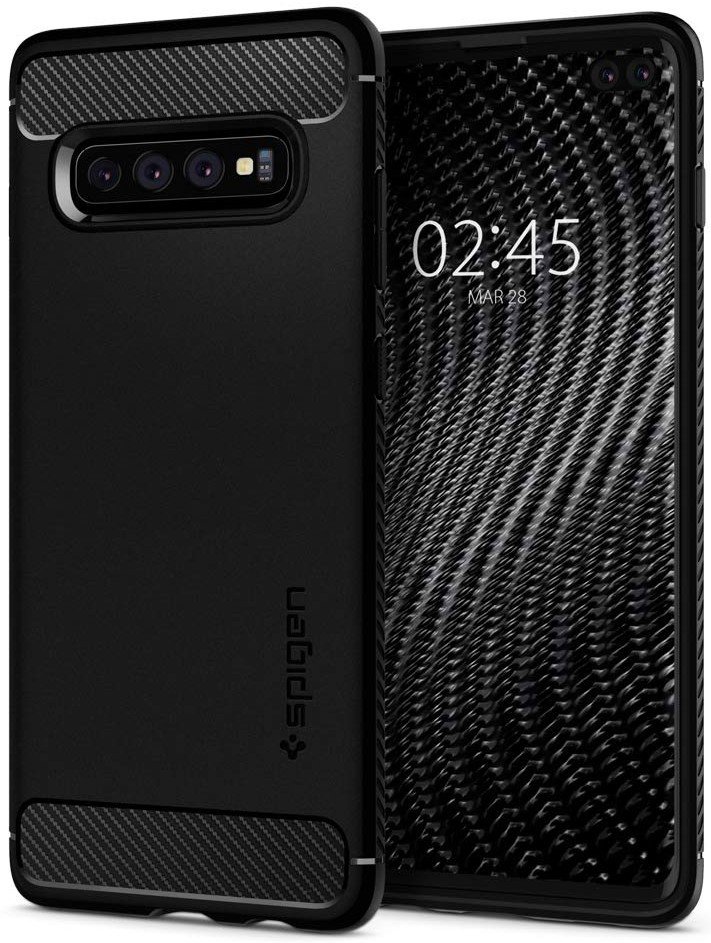 This TPU case is another of our go-to favorite case series, with Carbon Fiber accents, a thin profile, and a slim price to get your case protected ASAP. There may be prettier cases out there, but it’s hard to argue with the Rugged Armor’s high quality craftsmanship. 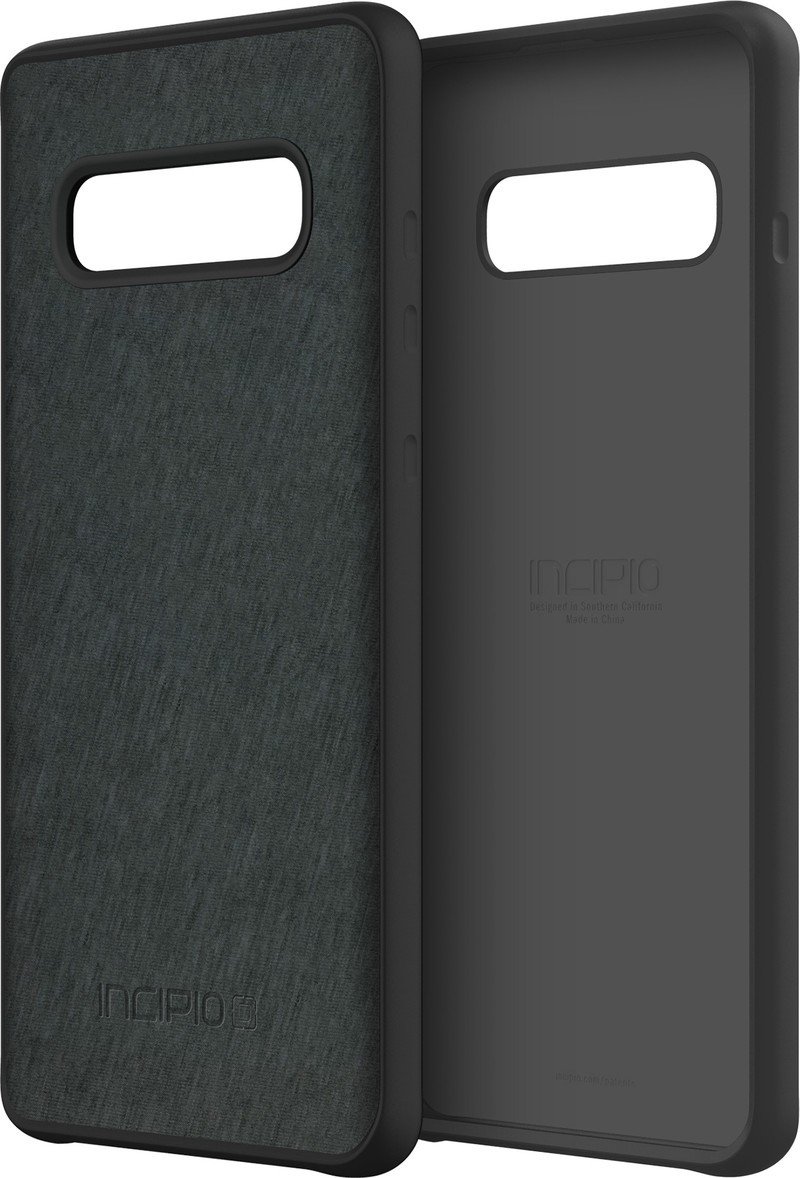 Incipio’s new Esquire series has a fabulous fabric-backed case that looks as durable and it does dashing, and while the fabric doesn’t cover the sides like the Google Pixel line’s cases, do, that also means there’s fewer corners and seams to start fraying.

Samsung’s leather case comes in seven colors this year — yeah, that’s right, seven — and while the pink and yellow are a bit flamboyant, the Red, Navy, and Green are all just darling.

This UK brand makes a dapper case indeed, available in six suave shades of European nubuck leather that match each of the S10+’s colors and then some. With three card slots and a cash pocket, this case does it all!

No matter your taste, your phone needs a case!

The Galaxy S10+ is a big, breakable phone that deserves a beefy, beautiful case, and while I can certainly understand wanting to keep things slim, that’s no reason to skimp on protection! And on that note, the ArmadilloTek Urban Ranger looks too ruggedly handsome to pass up — especially at that price — but if you’re looking for something a little more refined, the refreshed Spigen Neo Hybrid is as fetching is it is sturdy!

If you’re feeling really adventurous, though, grab the case that makes me giggle — and does a better job hiding smudges and scratches than a plain clear case — and GO GLITTER with the Liquid Crystal Glitter.