The OnePlus 7 Pro undermines the most appealing part of OnePlus 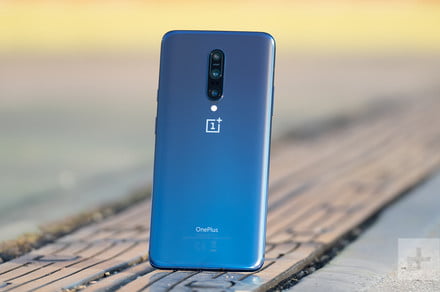 The first OnePlus phone — the OnePlus One — cost a mere $300 back in 2014, and it was a bargain compared to the $650 price tag of the Samsung Galaxy S5 and other competitors. The new OnePlus 7 Pro will set you back at least $669 for the cheapest model, or $750 for the fully kitted out version. That’s more than a $100 bump from the cheapest version of the OnePlus 6T, which debuted just last fall.

As smartphone prices rise, so have the cost of OnePlus phones, which have long attempted to offer “flagship killer” specifications for less. The OnePlus 7 Pro is packed to the brim with new technology, and while it’s still about $300+ less than the likes of the Galaxy S10 Plus and the iPhone XS, one of its marquee features is rapidly disappearing — the appeal of a lower price tag, compared to the competition.

There used to be a big gap between flagship and budget devices, and OnePlus has usually been the only midrange phone worth buying because it didn’t have typical midrange specifications. But for what seems to be the first time, we now have Apple and Samsung flagship phones that cost almost the same as the OnePlus 7 Pro: The iPhone XR and the Galaxy S10e.

The midrange category is booming.

That’s not to mention Google’s latest cheap phone, the Pixel 3a, which costs just $400; the midrange category is booming.

OnePlus simply has more competition than ever before, which is why it’s not quite as easy to say, “Just get a OnePlus phone,” anymore. There’s no doubt the company’s latest offering is its best yet — we scored it a 4 out of 5 in our review — but it now needs to be held to a higher standard. It’s not acceptable to be missing features like wireless charging, which is standard on all flagship smartphones now. There’s also no IP-rated water resistance. OnePlus said the 7 Pro is water resistant, but because IP ratings cost money to get, the phone has none. It’s a fair point, but I think if you’re paying more, the company can afford to add the rating for peace of mind.

The OnePlus 7 Pro matches the Galaxy S10e and iPhone XR in many ways. Performance is equal if not superior; and it packs a more versatile camera, though having used it, I’d argue the $400 Pixel 3a’s camera is still better. The 7 Pro does go further with a full screen design — and a high refresh rate — with no need for a hole punch camera or a notch.

The fantastic screen alone may be worth that bump in price, but this is has been precisely what makes OnePlus phones stand out. They have all of these next-gen features and more, but at a lower price point than the competition. It has historically brought cutting edge tech at a price that puts Samsung and Apple’s offerings to shame. Sure, neither the S10e or the iPhone XR have an in-display fingerprint sensor nor a pop-up camera, but they’re still equally strong phones, and they do have something OnePlus doesn’t: Brand name value.

In the U.S., Samsung and Apple are household names, and OnePlus isn’t quite there yet. Now it will take further convincing for people to opt for a brand they may have never heard of before, rather than going with options that sound more familiar.

Yes, the pop-up selfie camera on the OnePlus 7 Pro is very cool; the 90Hz screen refresh rate makes scrolling also feel really fluid. But I think OnePlus should be more conscious about adding the right features that can help keep the price below $600 for at least the base OnePlus model. It needs to maintain the $500-600 category, as that’s where it really shines in the current market, and if that means dropping a few eye-catching features to offer flagship specs at a lower price, then it’s worth it.

OnePlus does offer a cheaper phone in other parts of the world — the OnePlus 7 — which is basically a OnePlus 6T with upgraded specifications. Sadly, it’s not coming to the U.S.. Instead, those in the U.S. are treated to a marginal price drop of the OnePlus 6T, which will be sold alongside the 7 Pro. It’s still a good phone, but the price drop should be a little more than $30. Nevertheless, the existence of the OnePlus 7 Pro suggests we should expect continued price hikes. The upcoming 5G OnePlus phone will only cost more, and perhaps that means eventually, there won’t be a OnePlus phone that costs under $600.

The bump in price — and the audience essentially cheering it at the OnePlus event in New York City — is worrying. The world doesn’t need more expensive phones, but more affordable options, and Google’s Pixel 3a is stepping in at the perfect time. Similarly, OnePlus should stand out in a sea of phones not just with cutting edge features, but with price too.

Now, the OnePlus 7 Pro is not a flagship killer, but just a flagship.

Dell XPS 17 review: Leaving the MacBook Pro 16 in the dust

The Dell XPS 17 is the largest, most expensive, and most powerful XPS laptop ever made. But does that make it good?
Read more
News

Android is the most security-driven operating system in the world, and one of the least private.We all tend to equate
Read more

Dell XPS 17 review: Leaving the MacBook Pro 16 in the dust

The Dell XPS 17 is the largest, most expensive, and most powerful XPS laptop ever made. But does that make it good?
Read more

Android is the most security-driven operating system in the world, and one of the least private.We all tend to equate
Read more

The best smart sprinkler systems for every scenario

What's the first thing that comes to mind when you hear "smart sprinkler system"? Is it automated scheduling, or the
Read more