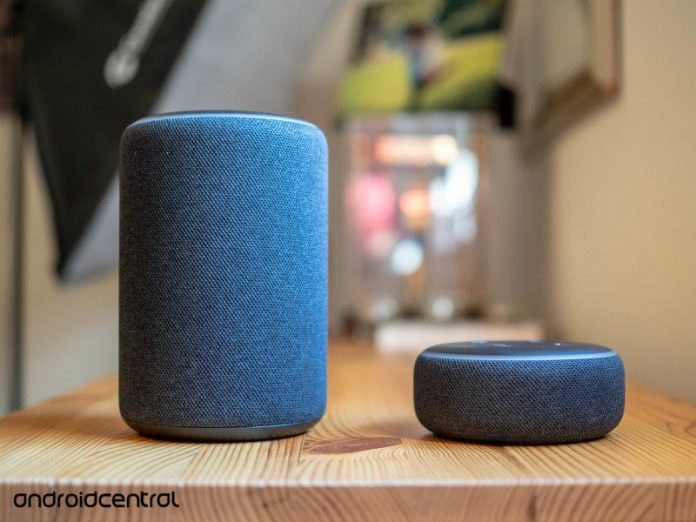 It’s time to save some money on a new Echo device. 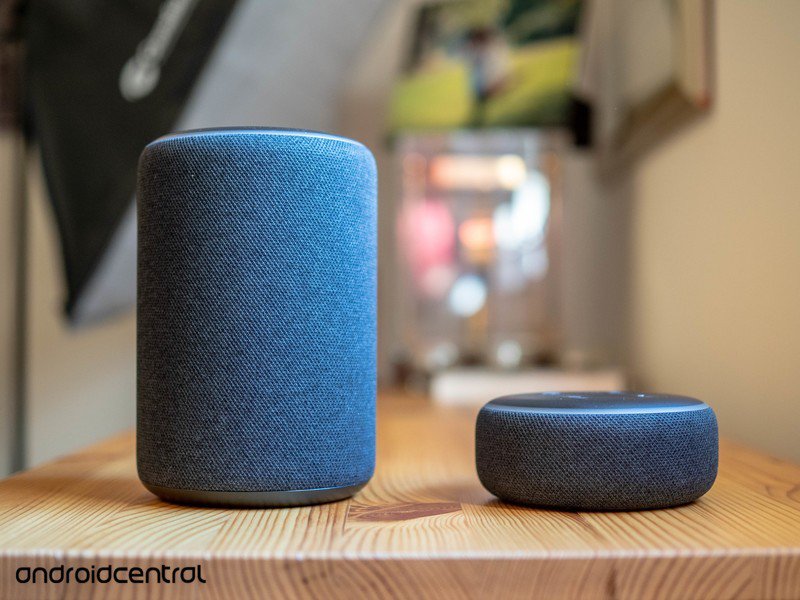 An Amazon Echo device is one of the easiest ways to make your home smarter. From super-affordable options like the Echo Dot to the luxe models like the Echo Show, you have a wide variety of choices. All that smart home goodness can put a hefty dent in your wallet, but luckily we’ve rounded up the best Echo device deals that are available for March 2019. Get ready to say “Hello” to Alexa and “goodbye” to spending tons of money.

This compact speaker is the most affordable Echo device option. It gets you all of the functionality of the other devices, but in a smaller form factor. The speakers are still surprisingly decent, especially on the newer third-generation lineup, and you’ll gain access to all the fun stuff. Music streaming, checking the weather, or asking for a fun fact will all be possible with just a few spoken words. 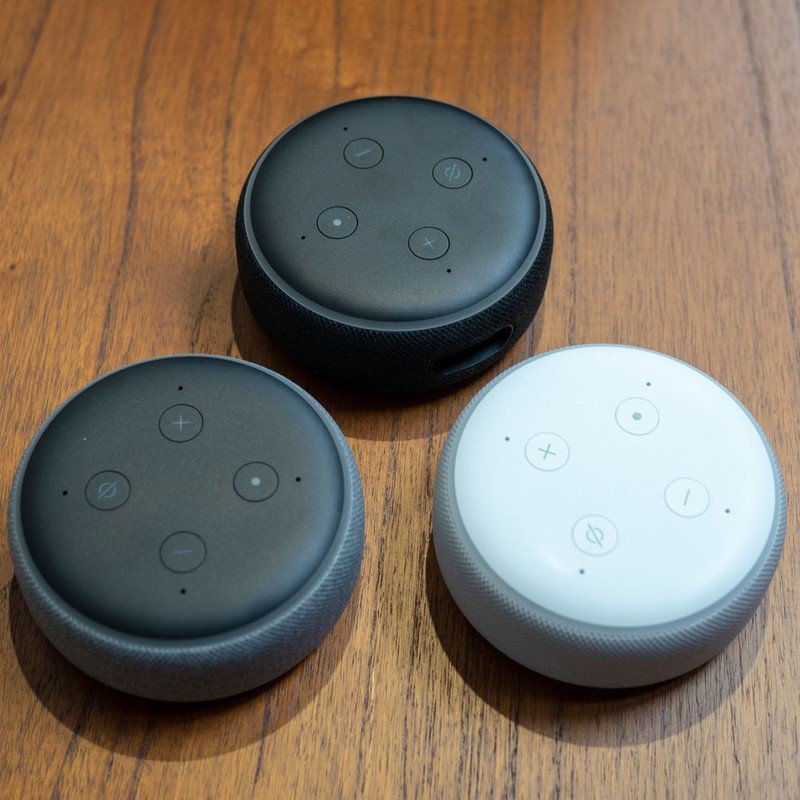 We just spotted this deal on Amazon about a week ago, so there’s still time to go for it. The drop to $30 is the lowest the Echo Dot has been in several months and only a few bucks off Black Friday’s pricing. The deal works on all the available colors, and you can find it at several other retailers like Target, Newegg, and more.

The Echo is essentially a taller, louder Echo Dot. There are seven microphones and beamforming technology, meaning the device will hear you even over loud music, which is an area where the Echo Dot can fall short. It also features dual speakers, which is another feature the Echo Dot lacks. 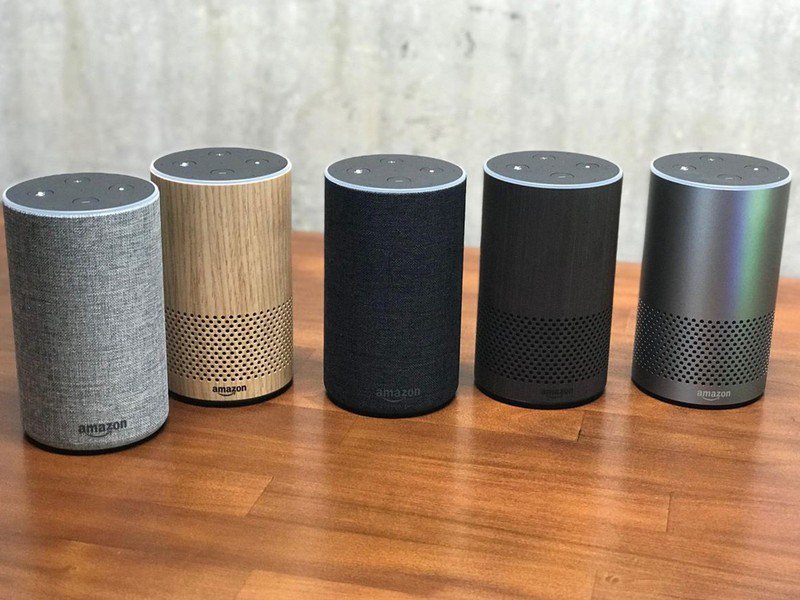 We have never before seen the Echo go as low as $64.99 like it is on Amazon right now. It’s a new deal, and just like the Dot deal it’s one you can find at multiple retailers like Target, Best Buy, and more.

Echo Plus features the most premium sound out of the device family. It also has a built-in smart home hub, meaning it’ll pair right out of the box with things like the Philips Hue bulb or your smart plugs, as well as smart devices that only use the Zigbee wireless protocol. 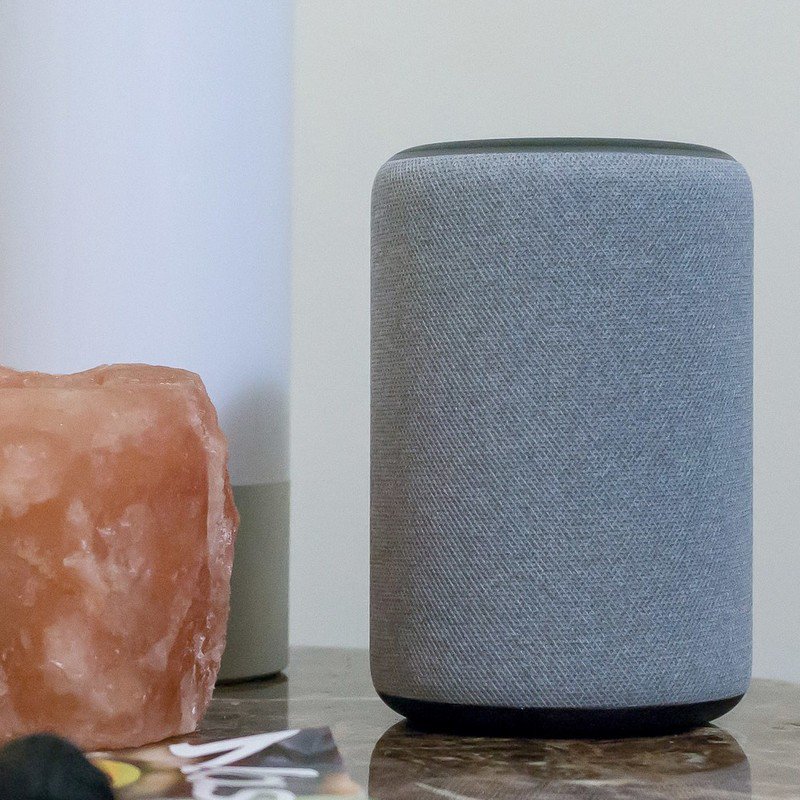 Once again, we’re looking at another very unusual deal for Amazon’s speaker. The Echo Plus only occasionally goes on sale, and this drop to $119.99 is one of its lowest ever. You can get this deal in all three available colors: Charcoal, Sandstone, and Heather Gray. Find this price at Target, B&H, and other retailers.

Echo Show takes the existing Echo ecosystem and adds a screen. You can use it to display lyrics in case your kids forget the words to “Baby Shark”, show step-by-step recipe videos in the kitchen, or play beauty tutorials while you’re getting ready. Of course, you could also just binge-watch Netflix on a new screen instead of the same old TV or smartphone. 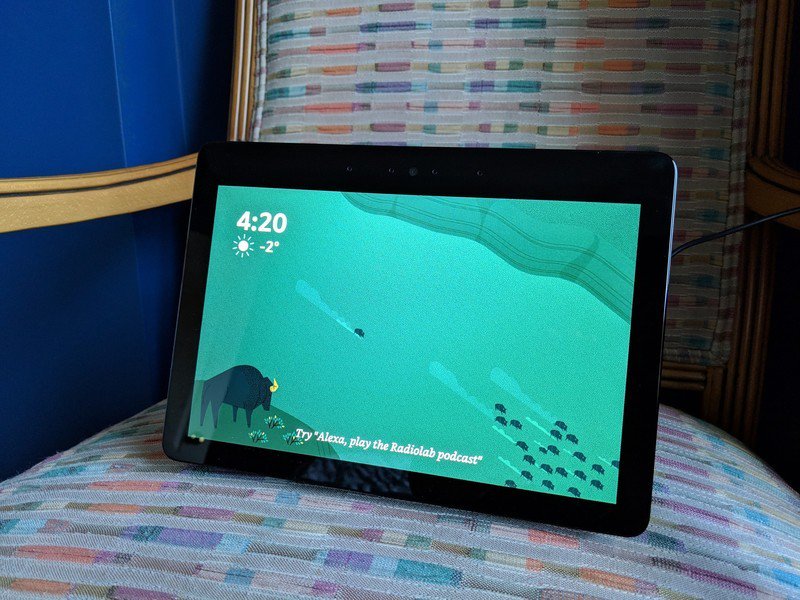 The 2nd-generation Echo Show has been around for less than a year. We can count on one hand the times we’ve seen it go on sale like this drop to $179.99 on Amazon, and that number for deals seen this year is much smaller. B&H, Target, Kohl’s, and other retailers all have this sale price, too.

Take the Echo Show. Shrink it down. Bam, you have the Echo Spot. It’ll show you video flash briefings, weather forecasts, shopping lists, and more, but with a counter-friendly footprint. 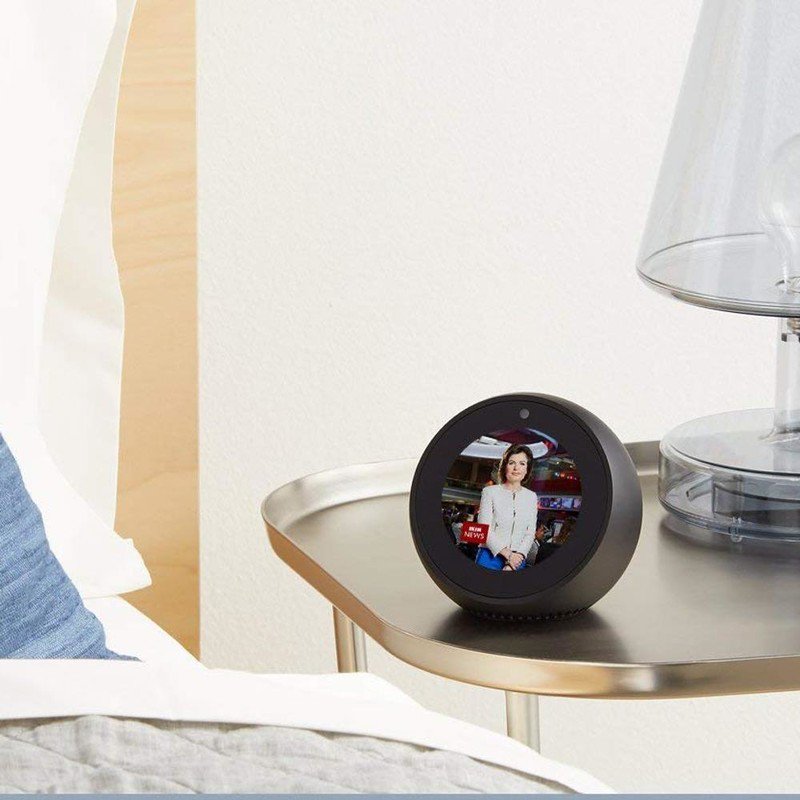 The Echo Spot is one of the only Echo devices without a direct price discount right now, but luckily Amazon has still given us a way to save. Buy two Echo Spot devices and you’ll save $40 off the total. That brings the $130 devices down to $220 total. Go to Target, Best Buy, and other places and you’ll find this deal there as well.

All the Free Echo Dot Deals 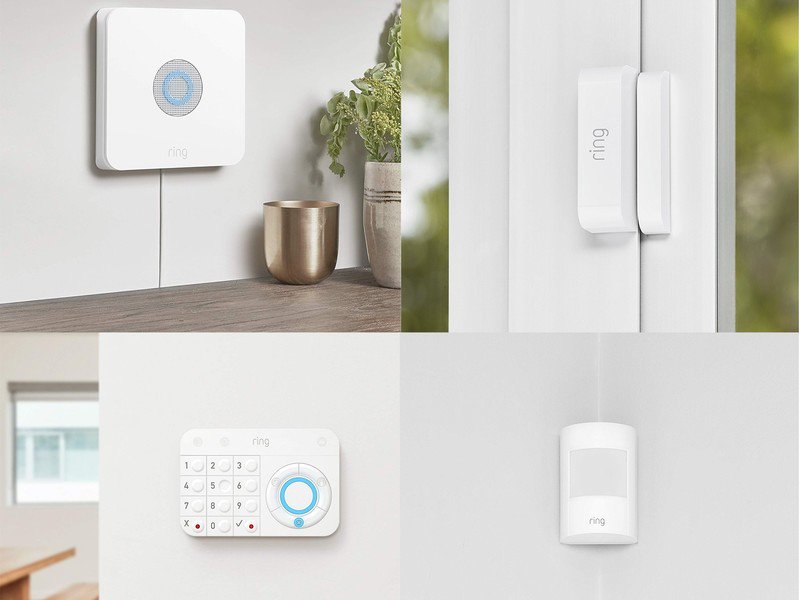 Not only can you save on the Ring Alarm system itself, but Amazon also throws in a free Echo Dot. Since it’s a smart security system, a smart speaker makes a great companion. You can get this deal with any of the larger packages, too.

Let There Be Light 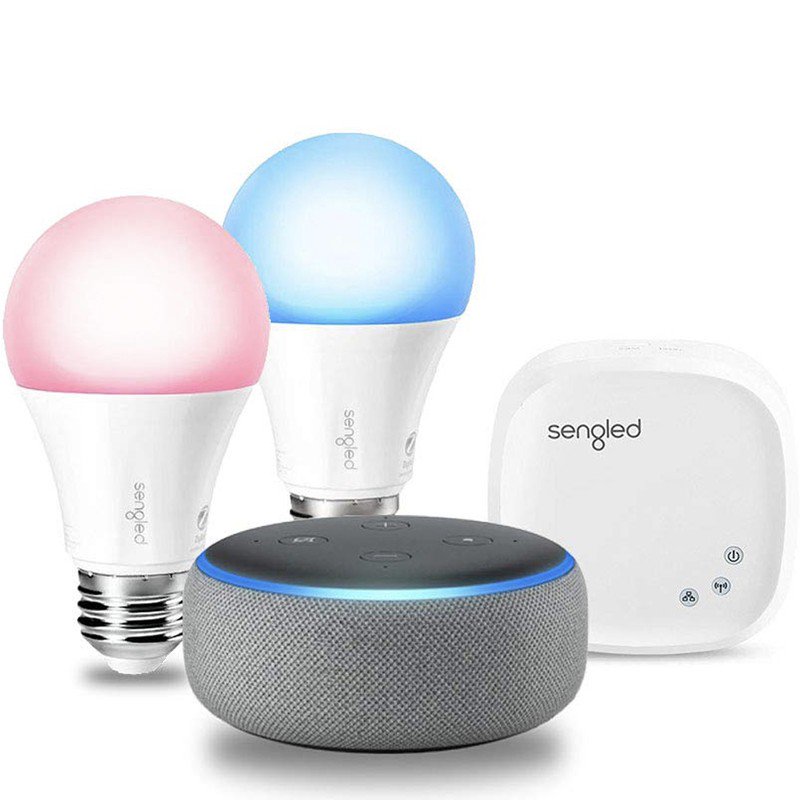 This deal has been active since early April and shows no signs of stopping. Combine the hub in this starter kit with your new, free, Echo Dot for voice control of the multi-colored lights. 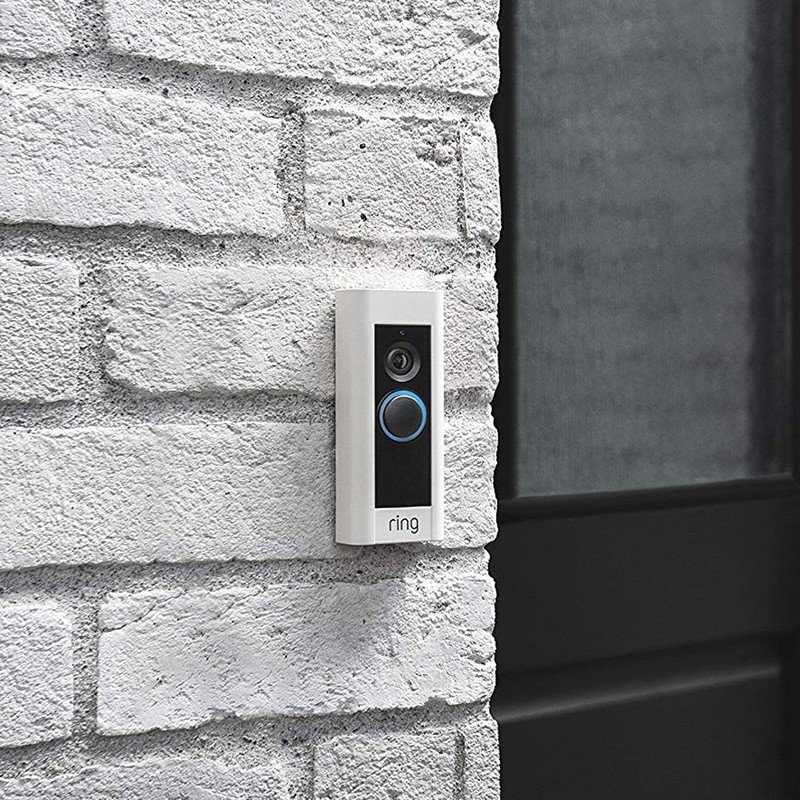 Combine $50 off this smart video doorbell and a free Echo Dot and what do you get? The ability to answer the door from anywhere, talk to whomever’s there from anywhere, and basically just save you a lot of hassle. You can also get this deal with the Ring Video Doorbell 2 for $169. 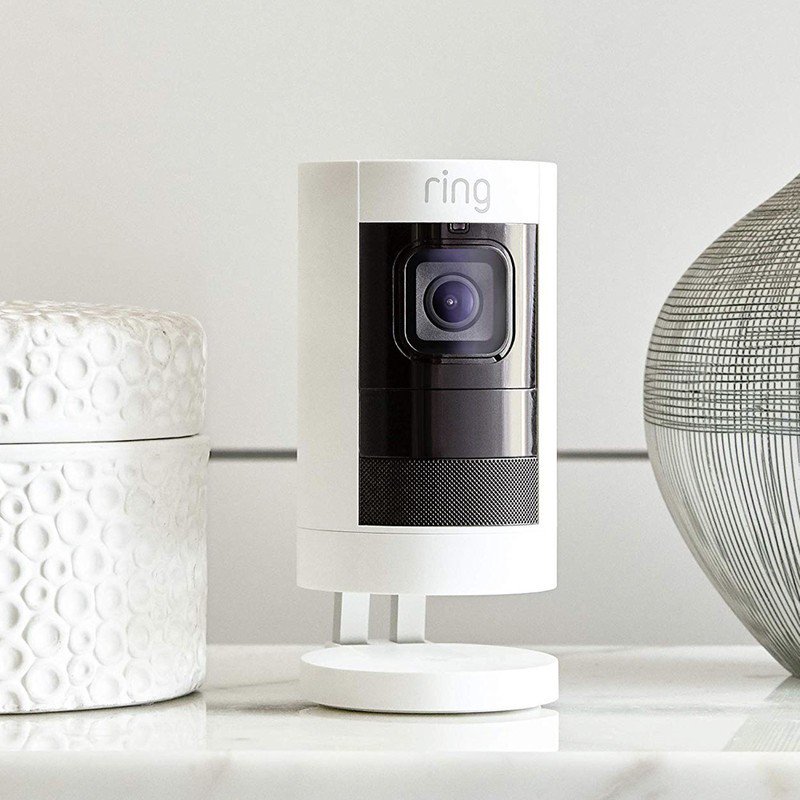 The Stick Up Cam is one of Ring’s newest products. It works indoors or out and has a lot of flexibility in how you want to use it. The smart functionality helps it work really well with the free smart speaker, too. Other Ring security cameras that come with a free Echo Dot include the Spotlight Cam and Floodlight Cam.

How to get the Best Echo Deals

These are the best Echo deals. No, really. Some of these speakers have never dropped to a lower price than what we’re seeing right now. The prices will probably disappear after Mother’s Day, but for now this is the way to go.

Always check Amazon around major holidays, and you’ll definitely want to keep an eye out during Prime Day this summer.

The last suggestion for finding the best Echo Deals would be to wait for new generations to get announced. When the 3rd-generation Echo Dot came out, not only was it on sale but the 2nd-gen also went on sale. We expect the more successful Amazon speakers will regularly get new releases, and that means a lot of savings for you.

The best thing about the <a href=”https://www.amazon.com/gp/product/B06XCM9LJ4?tag=androidcentralb-20&amp;ascsubtag=UUacUdUnU73943YYr” title=”” rel=”nofollow”>Amazon Echo</a> family of devices and Amazon Alexa is the seemingly endless integration with many popular and emerging smart home devices. Smart home tech is becoming a more accessible and popular way of upgrading your current household setup. All things considered, here is a smorgasbord of some of the best Alexa-compatible smart home tools that work with your Amazon Echo device: 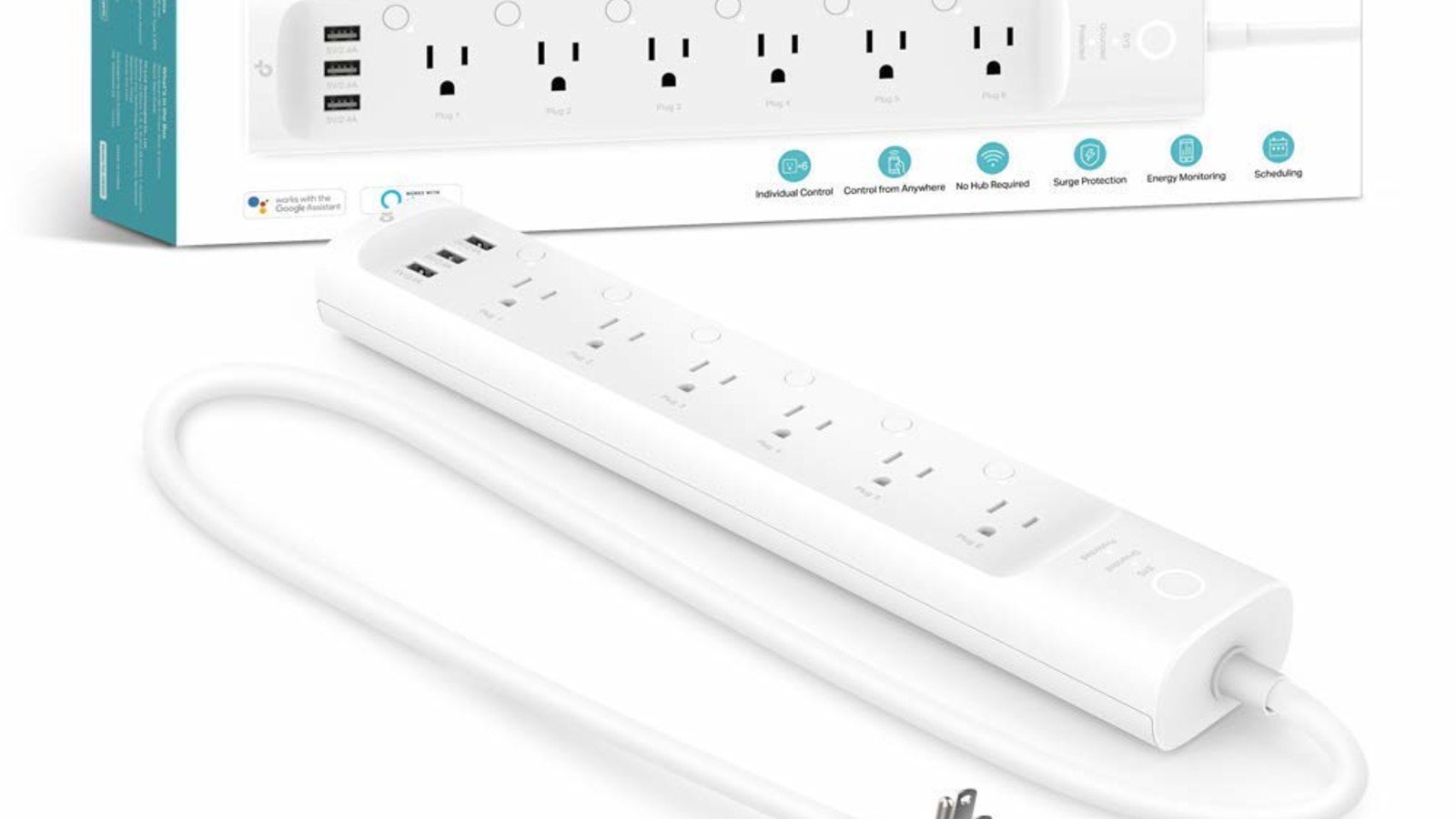 
TP-Link’s Kasa Smart WiFi Power Strip features 6 AC outlets and three 2.4A USB charging ports. While the USB ports are always-on, the AC outlets are all individually managed, allowing for independent control of devices attached to the strip via your Echo device. The Ring Video Doorbell works with the Echo Spot and Echo Show to show you who is near your doorbell, with a horizontal field of view of 180 degrees and a vertical FOV of 110 degrees, plus the ability to power the doorbell via your existing wiring or via an independent battery, the Ring Video Doorbell is a perfect starting point for smart home security. 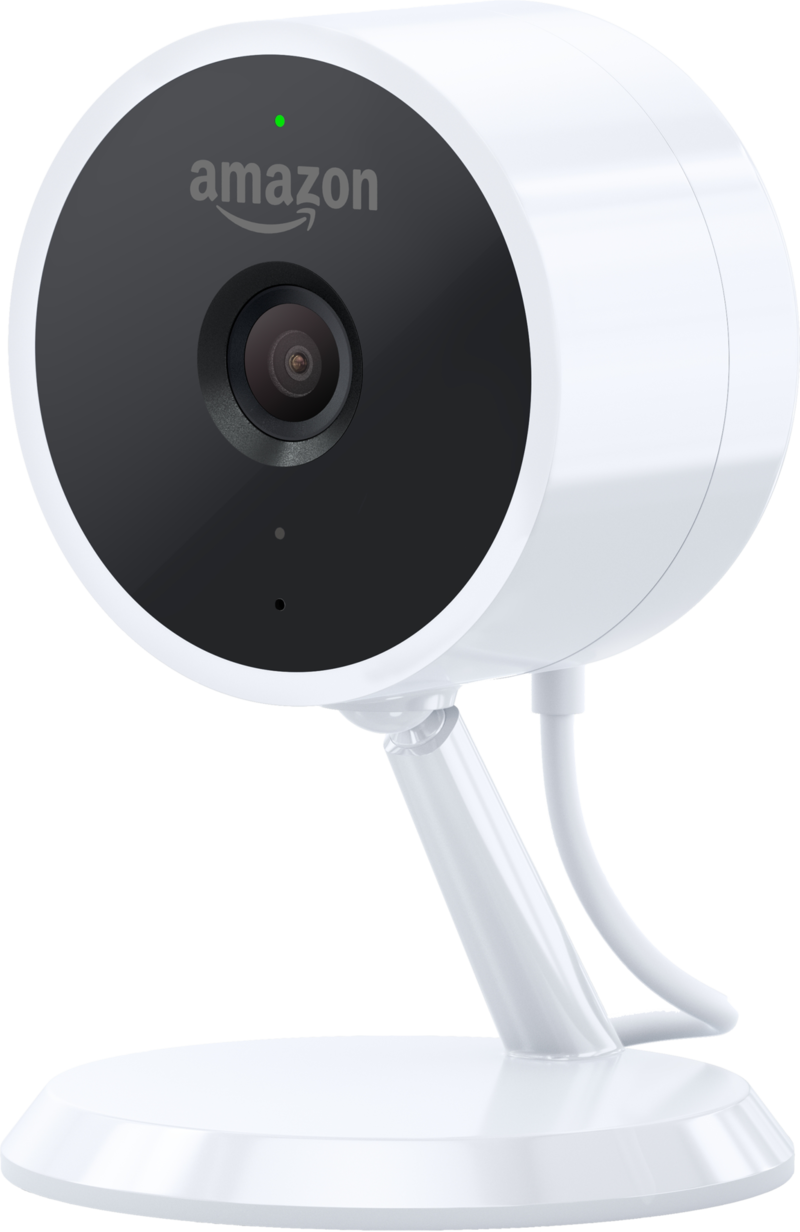 
Being able to keep your home safe from anywhere is easy with the Amazon Cloud Cam. You can even use your Fire TV, Fire Tablet, Echo Spot or Echo Show to monitor your cameras while in the house. In addition, the Amazon Cloud Cam can now respond to specific sounds, such as a baby’s crying or glass breaking. 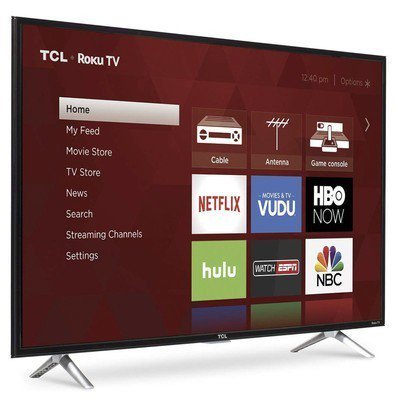 Alexa, Turn on My Television!:


The TCL S517 is the newest entry into TCL’s mid-range 4K Ultra HD televisions, and it’s highly recommended for applications from gaming to movie watching to PC monitor applications and more. The new Roku Skill for Alexa allows you to control your television from your Echo devices. 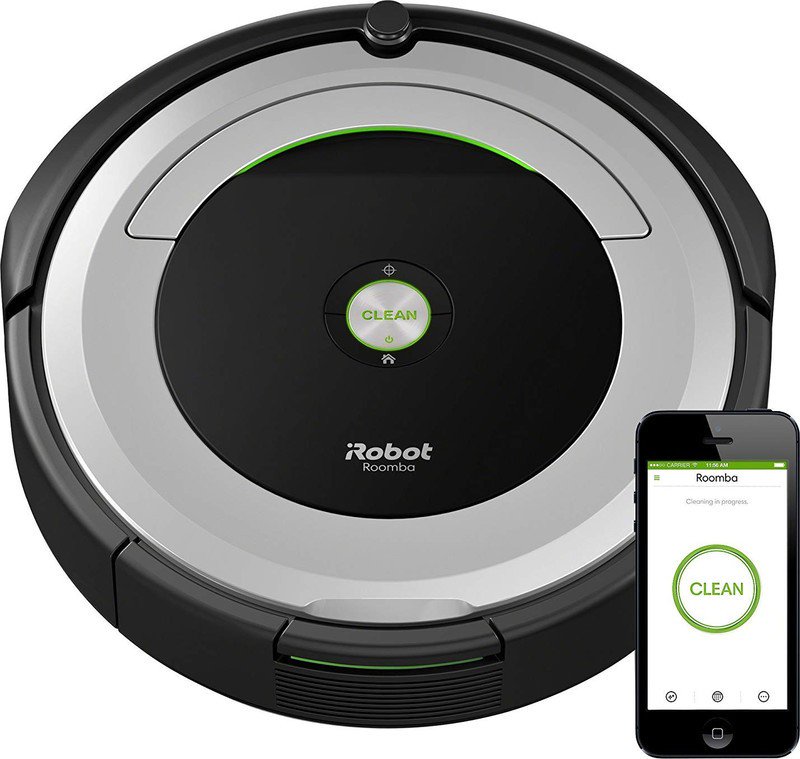 
The Roomba 690 by iRobot is the perfect cleaning solution for your smart home, and with the Roomba Alexa skill, you can send start, stop and pause cleaning commands to your Roomba from any of your Echo devices. 
The August Smart Lock Pro is the best smart lock for both homeowners and renters, as it connects to the inside of your existing deadbolt set up. Once set up, just ask Alexa to lock or unlock the door. Additionally, with the August Home App, your door locks and unlocks when it detects you either coming or going from your home, as well as allowing keyless access to those who need it. Light up your life:

The Philips Hue White and Color Ambiance 3-bulb Starter Kit is a 16 million color lighting accessory that will brighten up anyone’s home. You can ask Alexa to change your lights to any color you wish, dim your lights, or set a lighting scene via the Philips Hue Alexa skill. Alexa, Play Music in the Bedroom:

Sonos is a premium brand, but the Play:1 series of Smart Speakers is worth it, with it’s crisp sound and stereo functionality when paired with a second Play:1 speaker. Installing the Sonos skill for Alexa will let you play and control the music on your Sonos Play:1 with commands such as “Alexa, play ‘Nutmeg’ by Ghostface Killah in the living room.”