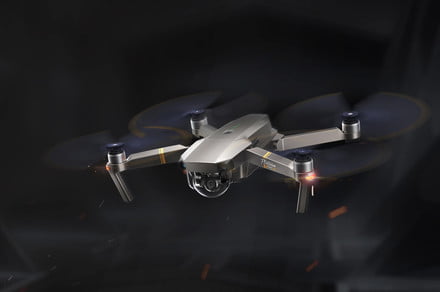 While the vast majority of drone owners fly their machines responsibly, it only takes a few bozos to tarnish the reputation of the wider drone community.

As the popularity of quadcopters and similar devices continues to grow, we hear increasingly of rogue pilots flying their drones close to airports, whether as a deliberate act or because they failed to properly check the surrounding area before launching their machine.

Such actions pose a serious safety risk to the passengers and crew of planes flying overhead, a situation that has prompted the formation of a new task force to tackle the issue.

Comprising relevant experts such as Michael Huerta, the former head of the Federal Aviation Administration (FAA), the lengthily named Blue Ribbon Task Force on Unmanned Aircraft Systems (UAS) Mitigation at Airports has been set up by the Association for Unmanned Vehicle Systems International (AUVSI) and the Airports Council International-North America (ACI-NA).

Its mission, in its own words, is to “address the timely and critical issue of incursions by unauthorized UAS at our nation’s airports and how best to mitigate this threat.”

Brian Wynne, president and CEO of AUVSI, said this week: “UAS interfering with manned aviation is a serious issue, and it requires serious solution. That is why we are bringing together the best and brightest minds to recommend a plan to keep our skies safe for the flying public.”

Wynne added: “While UAS hold tremendous societal and economic benefits, occasional bad actors threaten to undermine the great progress we have made and even put responsible, legal UAS operations in a negative light.”

Task force members, as well as experts in UAS technology, national security and defense, and those working in the National Air Space System, will work together to design effective airport procedures for responding to drone incursions, and examine new technologies aimed at dealing with such events. The group will also establish a policy framework for dealing with illegal drone flights, which could later be applied to national landmarks, stadiums, prisons, and military bases, as many of these experience similar drone-related challenges.

Kevin Burke, president and CEO of ACI-NA, said there is currently “no clear playbook” on how to deal with the threat to safety posed by rogue drones. “By bringing together this exceptional group of experts, we are hopeful we can make significant progress in developing best practices that will help airports respond better,” Burke said.

The FAA says on its website that reports of drone sightings close to planes and airports in U.S. airspace have increased dramatically over the past two years, with as many as 100 cases coming to its attention monthly. Unauthorized drone pilots can face big fines and criminal charges, including possible jail time.

In January 2019, reports of drones flying close to Newark Liberty International Airport in New Jersey caused the temporary closure of the facility, while further afield, in the U.K., multiple drone sightings over the runway of Gatwick Airport — one of the nation’s busiest transportation hubs — caused it to suspend all operations for more than a day.

Isn't that crazy? Since the past decade, blogging has become one of the most sought-after ways to earn money...
Read more

How to Choose the Right Digital Signage Software?