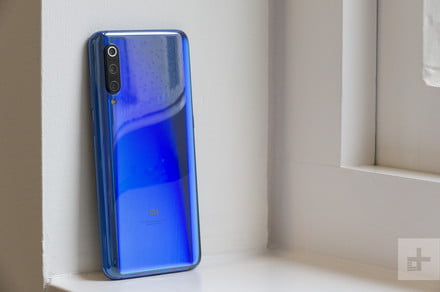 Xiaomi will soon launch a new model in its Mi 9 smartphone range — the Mi 9T. This will be the first time Xiaomi has used a T suffix, and it’s not known what it stands for yet. Xiaomi says it does stand for something, rather than just being a random letter, as the company is asking its Twitter followers to guess. It’s not the first company to choose the letter T to differentiate between models — OnePlus has used the same letter on its upgraded models since the OnePlus 3T.

K, I or T…Which letter would you choose for the newest member of our Mi9 family? why? #PopUpInStyle pic.twitter.com/Ks5xokWrUG

It has been tweeting a lot about the new Mi 9 model, giving us a few hints about its features. Before revealing which letter would be used on the phone, it added the hashtag #PopUpInStyle to the message, which suggests the new phone may have a pop-up front camera, rather than a notch in the display like the existing Mi 9. An accompanying image showed a notch-less smartphone with triple lens rear camera, mounted in the same side position as the Mi 9.

Xiaomi has recently launched the Redmi K20 Pro, which shares many technical features with the Mi 9 already and has a pop-up camera, so it may become the template for the Mi 9T. Xiaomi often subtly changes specification and design to introduce new models, and also alters the name of existing or recently launched devices for sale in different territories.

The combination of a Mi 9 and Redmi K20 Pro is a tempting one. The Mi 9T may share the Mi 9’s attractive design and higher specification camera, with the K20 Pro’s notch-less screen and pop-up camera. If it can squeeze in the larger, 4,000mAh capacity battery and retain the Mi 9’s wireless and hyper-fast charging, we’ll be very pleased. The Xiaomi Mi 9 remains one of the best value smartphones you can buy. It’s officially available in the U.K. and Europe, and as an import in the U.S..

There is no release date for the Xiaomi Mi 9T yet, and it’s also unknown where the device will go on sale. Additionally, will the Mi 9T be the first of many? Perhaps Xiaomi will follow in OnePlus’s footsteps and regularly revise its highest spec Mi series phone? We’ll keep you updated.