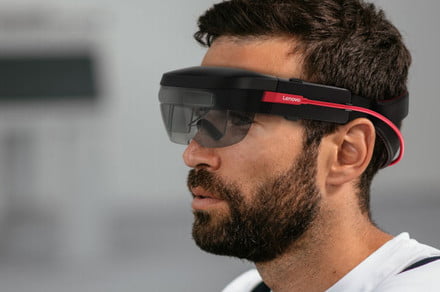 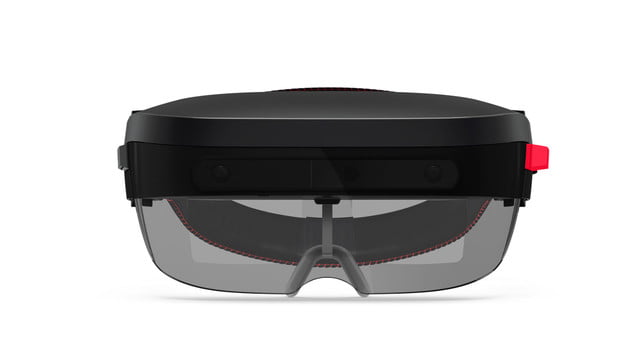 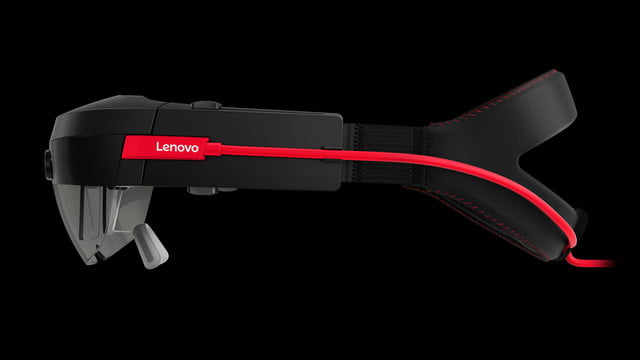 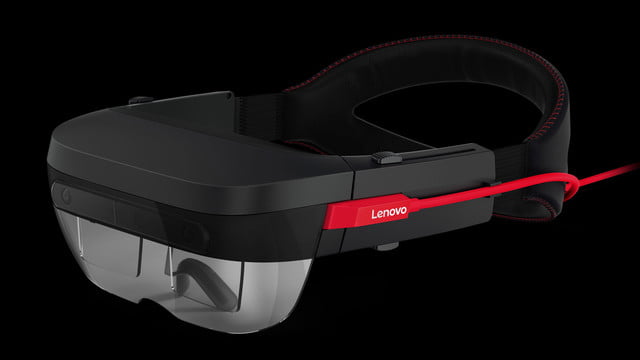 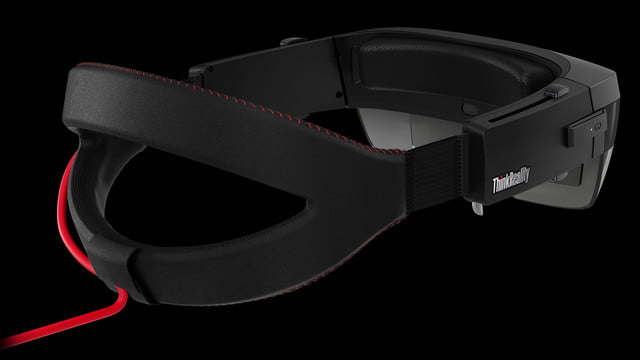 Lenovo’s new ThinkReality A6 augmented reality headset is gunning for Microsoft’s AT mindshare in the business space by competing directly with its Hololens headset and software platform. ThinkReality combines an Android-based headset with 1080p (per eye) visuals with an ecosystem that integrates with existing enterprise systems, is compatible with existing augmented reality content, and offers deep user and device management software.

Although virtual reality and the hardware behind it have achieved greater growth than AR over the past few years, many of those who operate at the heart of it see augmented reality as having similar, or even grander potential. However, unlike such headsets as the Oculus Rift and HTC Vive, AR is finding its greatest acceptance in the workplace, and Lenovo’s new ThinkReality A6 headset looks to expand that audience and even crib a few customers from Microsoft in the process.

The ThinkReality A6 headset has dual-1080p displays in a 16:9 aspect ratio. That’s significantly higher than the first-generation Microsoft Hololens headset, which has a maximum resolution per eye of 1,268 x 720, but falls behind the Hololens 2’s converted resolution of 1,440p per eye. The field of view of Lenovo’s headset falls somewhere in the middle of the two Hololens generations, too, with an above 40 degrees diagonal FOV, whereas the Hololens headsets are said to be 30 degrees horizontally, and “more than double” that for the second-generation AR headset.

The A6 is lightweight at just 380g, and its visuals are powered by an onboard Qualcomm Snapdragon 845 SOC. The 6,800mAh battery gives it up to four hours of continuous use at a time, and it offers a number of input options, including head and gaze tracking, voice commands, gesture controls, and a three-degrees-of-freedom hand controller.

It’s being targeted specifically at enterprise users, with Lenovo citing industrial training and manufacturing as particular areas where it can be of use. It’s said to offer real advantages when it comes to increasing the efficiency of certain tasks and even improving safety. It’s also said to be an excellent tool for architects and artists who want to see a 3D rendering of their potential creations before they have actually been built.

Perhaps its greatest strength though is that even though Lenovo’s headset runs on Android, it is said to be entirely hardware, cloud, and environment agnostic. That should mean that a broad swathe of existing AR software will run on this headset without difficulty.

We don’t yet have the release date and pricing information, but considering how fleshed out the announcement and marketing materials are, we wouldn’t expect to have to wait too long for the launch.