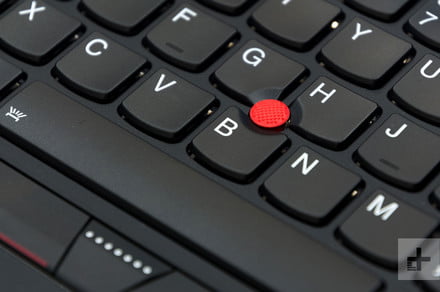 The ThinkPad is an icon in the computer world, even long after the brand changed hands from IBM to Lenovo. They’re hardly the only game in town today when it comes to PCs and laptops built for professional users, however, but the ThinkPad lineup still features some excellent and forward-thinking designs like the excellent X1 Carbon, which has been a favorite of ours for years now. These premium laptops are expensive, but if you’re looking to score one for less than a grand, you’re in luck: The 5th-gen ThinkPad X1 Carbon is on sale right now for almost 50% off. Even with all of the HP deals and Dell Memorial Day sales going on right now, this is a great laptop deal.

The ThinkPad X1 Carbon is currently in its sixth generation, with a 2019 refresh coming down the pipe later this year. That makes now a great time to find deals on previous-generation hardware. This discounted Thinkpad model is the fifth generation of the X1 Carbon, which was released in 2017 and was named the “best laptop for traveling professionals” in our hands-on review.

ThinkPads have never been award-winners in the looks department, and the X1 Carbon is no exception with its rather plain-looking housing. It delivers where it counts, though, which is in build quality and performance. Its thin 0.62-inch chassis is lightweight yet features the durable construction that the ThinkPad has long been known for. The 14-inch anti-glare 1080p display might make it a little wider than other true “Ultrabooks,” but since it’s slim, sturdy, and easy to carry, the X1 Carbon is still a great choice for on-the-go professionals – especially those who find 13-inch displays a little too anemic for a day’s work.

Although the fifth-gen ThinkPad X1 Carbon is a couple years old now, it still packs pretty solid hardware: Its Intel Core i5 CPU and 8GB of RAM is more than enough for work, web browsing, streaming, and even a little light gaming, while its 512GB SSD provides plenty of high-speed storage. Our review team also cited its superb battery life as a high point, with the laptop offering more than 14 hours of juice before needing a charge and clearly out-performing other PCs in this size category.

As part of its ongoing Doorbuster Deals, Lenovo has the fifth-generation ThinkPad X1 Carbon marked down to $1,124. That’s already a $554 discount off of its normal $1,679 MSRP, but Lenovo is sweetening the deal even more: The checkout code THINKDB1 knocks it down further to just $849. This saves you a whopping $830 – almost 50% – off of its retail price.