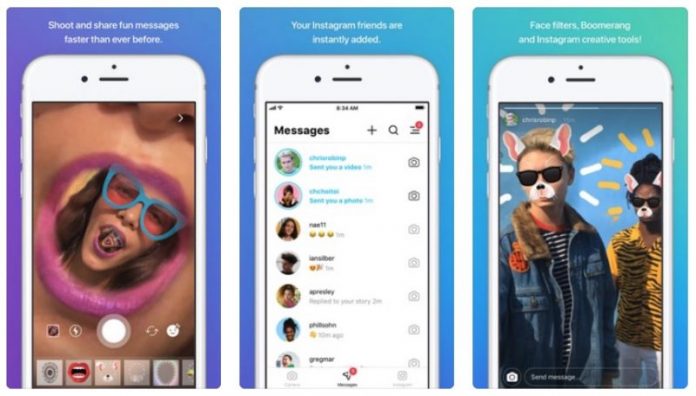 Direct for Instagram, the companion direct messaging app for the photo-sharing social media platform, is being killed off by Instagram in the next few weeks.

First spotted by social media commentator Matt Navarra, this news was delivered to users of Direct for Instagram via an in-app notification, which informed them that the standalone app is “going away” and that their conversations would be transferred to Instagram proper.

In the coming month, we’ll no longer be supporting the Direct app. Your conversations will automatically move over to Instagram, so you don’t need to do anything.

Direct was released in December 2017 as a Snapchat-style app with a camera-first focus, allowing Instagram users to message friends with “fun” photos, videos, and boomerangs. Users who installed Direct had their DM inbox removed from the regular Instagram app to encourage them to use the break-out app for all messaging on the social platform.

“We want Instagram to be a place for all of your moments, and private sharing with close friends is a big part of that,” the Facebook-owned company said at the time. “To make it easier and more fun for people to connect in this way, we are beginning to test Direct – a camera-first app that connects seamlessly back to Instagram.”

Direct was initially rolled out to Chile, Israel, Italy, Portugal, Turkey and Uruguay, but Instagram never gave the app a global release, which is perhaps testament to the fact that the idea never really took off.

According to TechCrunch, Instagram will continue developing Direct features but within its main app. These new features, which have appeared variously in testing, include encryption in direct messaging, the ability to watch videos with other people, and a web version of the direct messaging feature.