How IBM’s cutting-edge A.I. put a losing soccer team on a winning streak 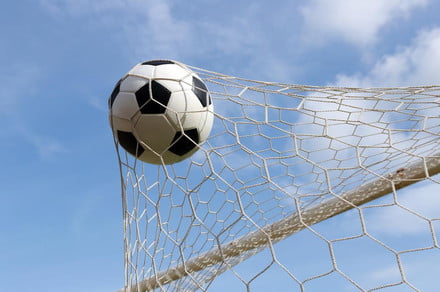 If you’ve seen the 2011 movie Moneyball, or read the brilliant Michael Lewis book it’s based on, you will be familiar with the way that data and more than a pinch of clever math can be used to create a winning sports team out of seemingly non-promising components. But what if you were to go one step further and apply the computing power of IBM’s Watson artificial intelligence? As it turns out, the A.I., which once beat human players at Jeopardy, is equally at home improving the odds of an underdog sports team.

In a recent demonstration, the managers of the U.K.’s seventh-tier Leatherhead Football Club soccer team started working with IBM, which used Watson to provide pre- and post-match analysis, in addition to opposition scouting. While top teams have dedicated scouts to do things like review opposition match footage and create comprehensive reports, this luxury isn’t feasible for the likes of Leatherhead — whose semi-pro players are composed of delivery drivers, car salesmen, and shop assistants instead of multi-millionaire full-time athletes. The IBM system made this an option for the first time.

“Firstly, Watson was used for scouting upcoming opposition,” Joe Pavitt, IBM’s “Master Inventor,” told Digital Trends. “Watson was trained to have an understanding of football terminology and would read Twitter timelines during matches and post-match reports to assess key players, tactics, and other points of interest for a particular team. Secondly, Watson’s ability to understand natural language meant that the manager, coaching staff, and players could ask Watson questions about their performances. Watson would return analysis and customized video playlists for review.”

Pavitt stressed that Watson wasn’t used to pick the team or choose which formations to play. What it did, however, was to make these human decisions more data-driven and less reliant on gut instinct. It seems to have paid off, too. Throughout this season, which concluded on Tuesday, April 30, the team ascended 12 places up in the league, a turnaround which, understandably, was greeted well by fans.

“IBM came in after five games when they were in 20th place,” Pavitt said. “Leatherhead also achieved this with one of the lowest budgets in the league.”

Although the team still suffered problems due to injuries and other non-controllable events, examples like this show just what a valuable role artificial intelligence has to play in every domain — sports very much included.