Here’s everything you need to know about the LG V40

Get familiar with one of 2018’s most underrated phones. 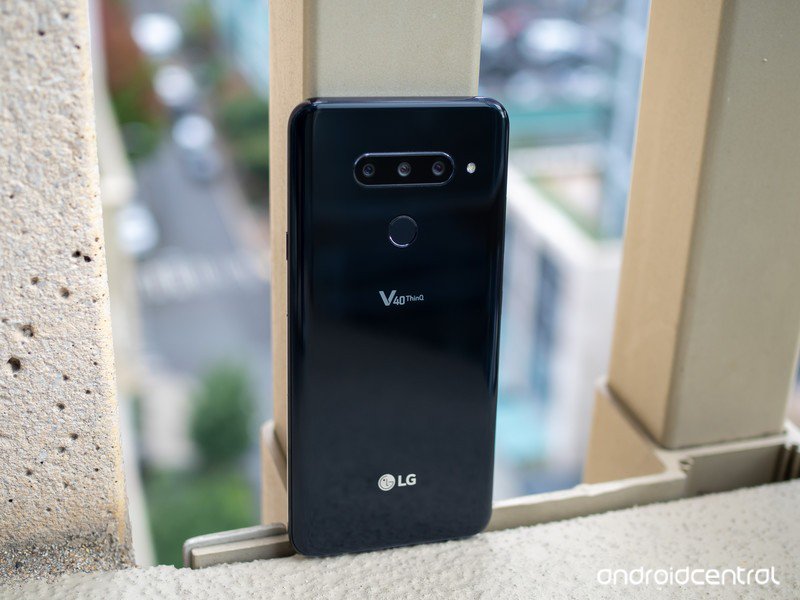 In 2018, LG released two flagship phones — the G7 and V40. Where the first V10 and V20 were designed to be industrial, functional devices that provided a unique camera experience, the V30 shook things up with a much flashier (read fragile) design and a more mainstream appeal.

The V40 is essentially an evolution of what the V30 started, and even though it’s no longer the newest V-series device in LG’s lineup, it may still be worth a look if you can pick it up on sale.

Here’s everything you need to know!

The LG V40 may not be the new hotness anymore, but it continues to be a rock solid phone. The design, display, processor, and cameras all hold up, but LG’s software update game has been pretty weak. If you’re interested, make sure you buy it on sale and not at the full MSRP.

Check out our written and video reviews

Before you do anything else, make sure to check out our written and video reviews of the V40. Spoiler alert — it’s a really, really good phone.

LG does a lot of things right here, offering a truly beautiful display, fast internals, great cameras, and an exquisite design. The small(ish) battery and high price tag are definitely downsides to keep in mind, but now that the phone’s been out for a while, discounts and sales happen pretty often.

When you see one, that’s the time to buy.

What sort of specs can you look forward to with the V40? How’s a Snapdragon 845, three rear cameras, and 6GB of RAM sound?

Almost all of the V40’s specs are what we’ve come to expect from flagship phones released in 2018, but some aspects (such as battery life) do give us pause.

The LG V50 is launching later this year

At Mobile World Congress this past February, LG officially announced the V50.

To be perfectly honest, we aren’t entirely sure what to think about the phone quite yet. It looks almost identical to the V40, save for the rear cameras being flush under the back glass and the 6.4-inch display having a rather large notch.

The big claim to fame for the LG V50 is that it supports 5G connectivity. That’s apparent by the “5G” tramp stamp on the back of the phone, and internally, you’ll find things like a 4,000 mAh battery and Qualcomm’s Snapdragon 855 CPU + X50 modem to accomodate the next-gen data speeds.

LG launched the V50 in South Korea on May 10 and is coming soon to Sprint in the U.S.

There’s also a case you can buy for it that adds a second screen. Because reasons.

You may also want to consider the LG G8 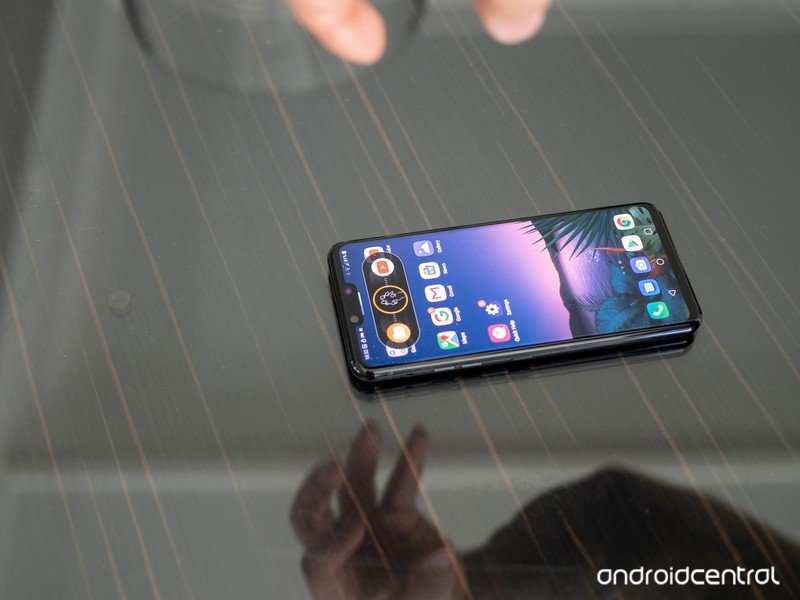 In addition to the V50 that’s coming out this year, the LG G8 was released earlier in 2019 and is available for purchase right now.

The G8 has Qualcomm’s latest Snapdragon 855 processor, 6GB of RAM, dual rear cameras, and 128GB of storage that can be expanded. It’s a really sleek phone that’s built incredibly well, and if you’re a bit open-minded, you can use LG’s “Air Motion” features that allow you to control certain aspects of the phone by waving your hand in the air over the screen.

Other highlights here include an OLED display and a 3.5mm headphone jack with a 32-bit Hi-Fi Quad DAC.

LG G8: Everything you need to know!

Comparing the V40 to other phones 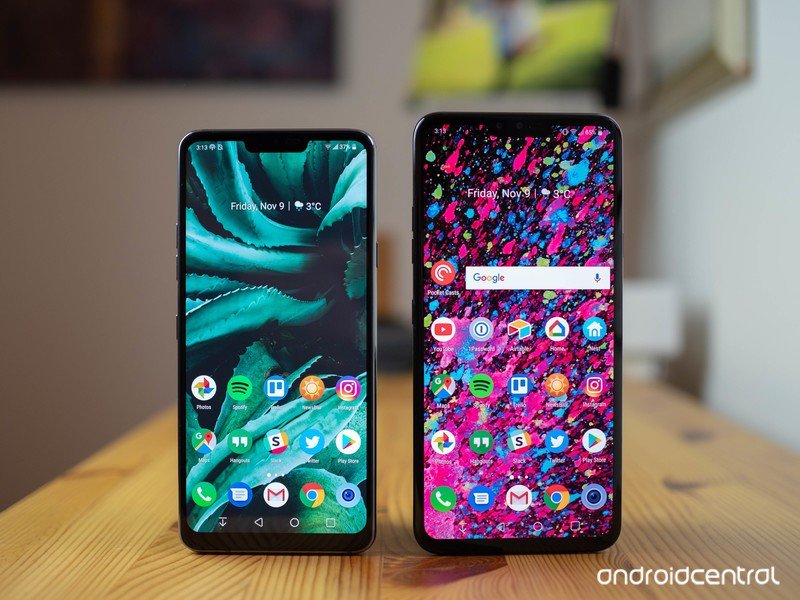 If you’re considering picking up the LG V40, it’s worth seeing how it compares to other phones that were released around the same time.

Specifically, if you’re considering buying a flagship phone from last year, chances are you’re also looking at the LG G7 and Galaxy S9+.

Rather than comparing the phones for yourself and trying to figure out which would be a better fit, we’ve done all the hard work for you. You’re welcome ❤.

The display is a lot better than the V30’s 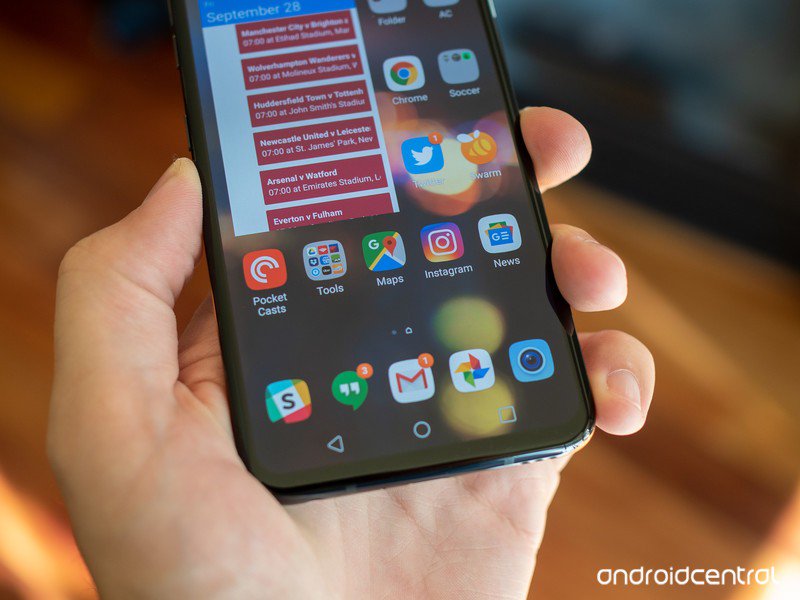 The V40 uses an LG-made OLED display, and while past LG panels on the V30 and Pixel 2 XL have left us yearning for more, that’s not the case with the V40.

Here’s what Andrew had to say about the screen in his review:

It’s crisp and colorful, with only mild color shifting at tight viewing angles. And it now has a proper auto-high-brightness mode that can enable by default in sunlight and doesn’t need to be triggered manually. The max brightness is good enough to easily see the screen in bright sunlight, and it also gets really dim at night.

Here’s how the five cameras work 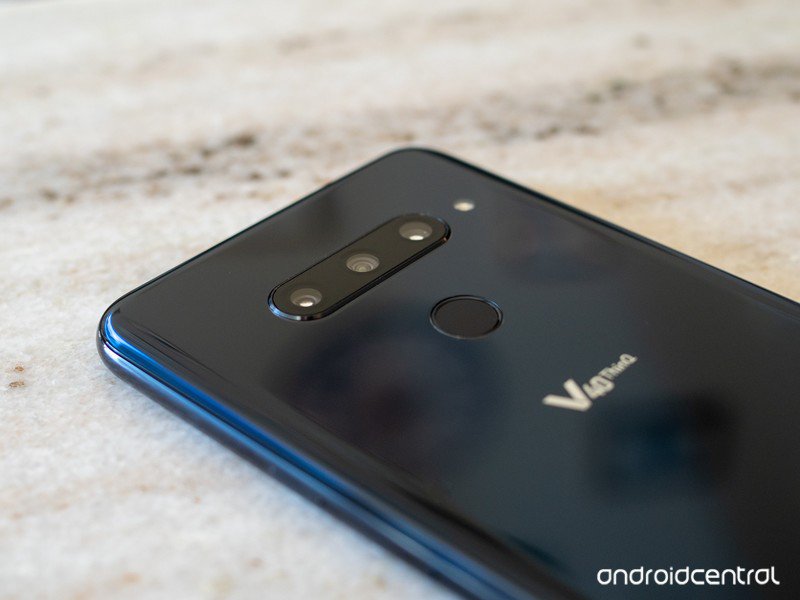 Perhaps the biggest feature of the V40 is its five-camera setup — three sensors on the back and two on the front.

This isn’t the first time we’ve seen an Android phone with this many cameras, but that doesn’t take away from LG’s implementation whatsoever. Here’s what all of those lenses do:

The back has a soft finish that feels incredible 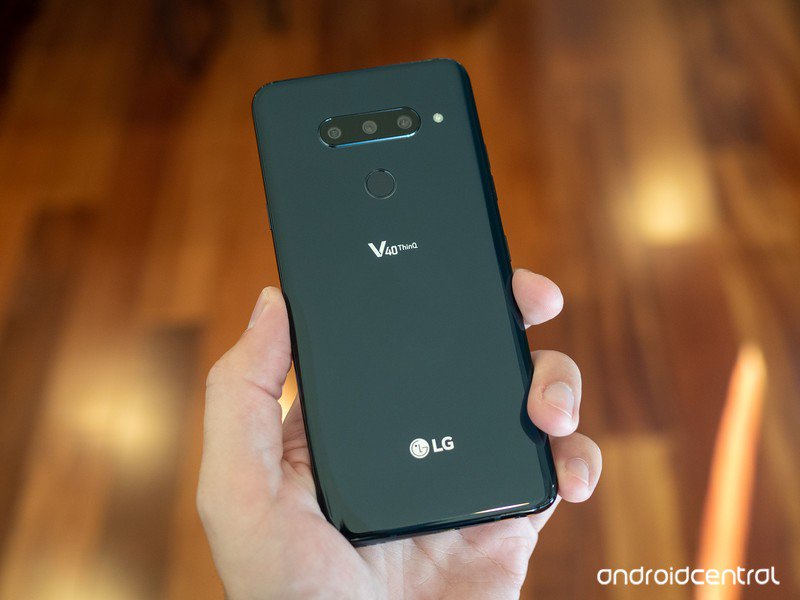 The back of the LG V40 is made out of glass, and while just about every Android flagship has this same construction, LG’s done something unique to make the V40 stand out.

Except for the Aurora black color, every other finish of the V40 features a soft, grippy finish that’s “amazing to hold.” Here’s what Andrew had to say in his review:

The frosted glass finish is easier to grip, collects fewer fingerprints and offers a neat color-shifting look that makes the black version even more boring by comparison.

Don’t forget to get a case 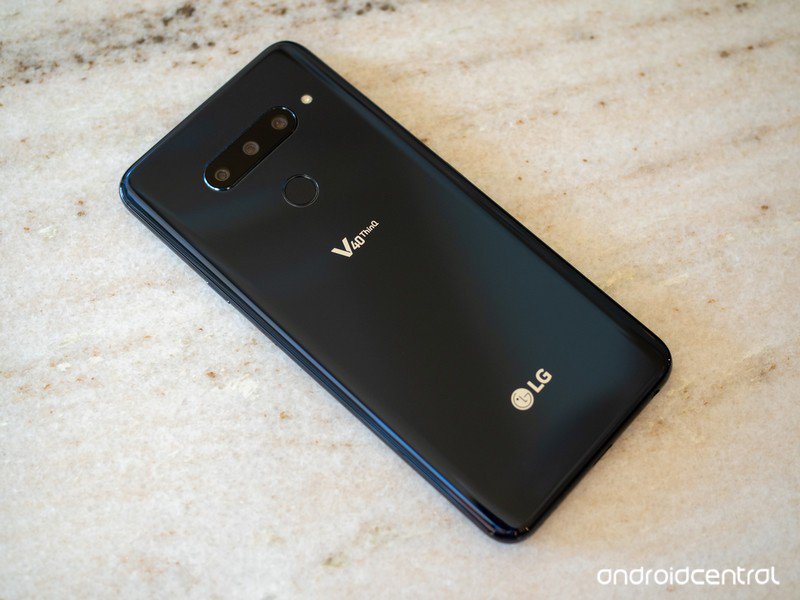 As stunning as the LG V40’s soft glass back is, it won’t hold up for crap if you drop it on the sidewalk. To avoid a shattered mess, you’ll want to pick up a case (or two) for the phone.

You can buy the V40 right now 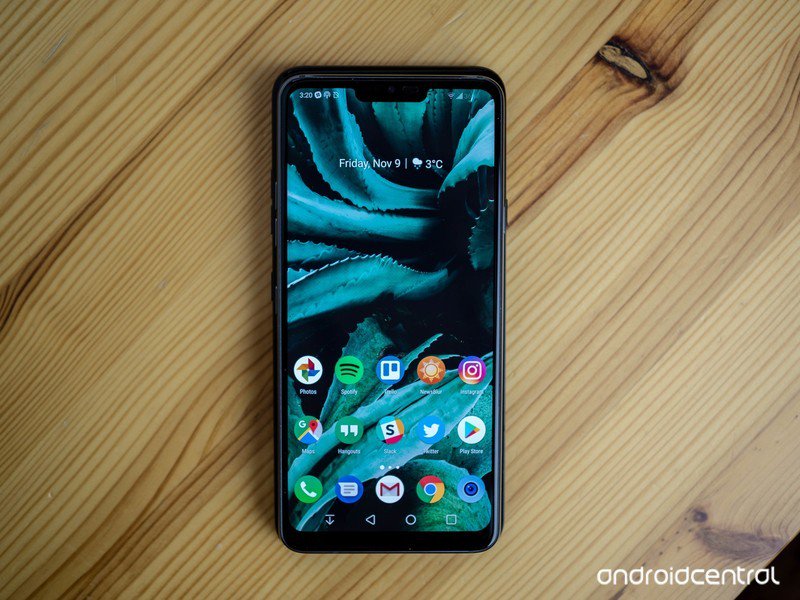 LG slapped the V40 with a retail price of around $900 to $980 depending on where you buy it, but these days, it’s pretty common to find it being sold for far less money.

With a bit of shopping around and some knowhow, you’re bound to find a great deal on the V40.

The LG V40 may not be the new hotness anymore, but it continues to be a rock solid phone. The design, display, processor, and cameras all hold up, but LG’s software update game has been pretty weak. If you’re interested, make sure you buy it on sale and not at the full MSRP.