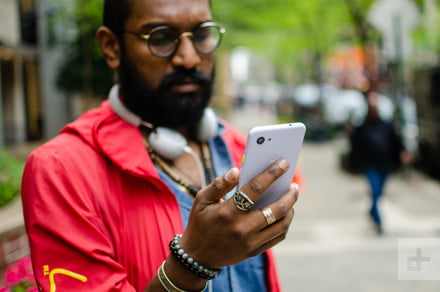 The Google Pixel 3a is the biggest bargain I’ve seen in years. Here’s a phone that offers up nearly everything that’s good about the Pixel 3 for half the price.

Google has compromised in all the right places, switching to plastic in an already fairly uninspired design doesn’t make much difference and you’ll put a case on it anyway. Most people can live without wireless charging because they haven’t gotten used to it yet. You’ll only notice that it’s a few ticks slower if you switch directly from a Pixel 3, and no one is going to do that. Besides, Google’s slick software makes its Pixel phones feel faster than the competition, even with a lesser processor.

Google has compromised in all the right places.

Not since the Nexus 5 have I seen such a compellingly-priced phone. Google even brought the headphone jack back and improved battery life – the Pixel 3’s Achilles’ heel. You could argue that selling the Pixel 3a at $400 is a slap in the face for Pixel 3 owners. But everyone else should be excited at the prospect of an amazing camera packed with clever A.I. features, the slickest Android software around, and an OLED screen in a phone this price. It’s not unprecedented, but it’s rare.

It’s also timed perfectly to slot into a segment of the market that’s mostly filled with less familiar Chinese brands and sub-par devices from the big boys.

You know what most of the dominant smartphone manufacturers are really bad at? Making good, affordable phones. It’s almost as though Samsung and Apple are scared of chipping away at their gleaming, premium flagships, and that’s understandable. They want you to buy that $1,000 slice of aspirational cutting-edge tech and fill their coffers further.

When Apple does do a cheaper device, it’s either a Frankenstein from the parts bin, like the iPhone SE, or it’s actually not that cheap, like the $750 iPhone XR. Samsung turns out midrange and budget phones that vaguely resemble their more expensive relatives, but pick one up and it’s immediately clear you’ve got the slow-witted cousin. The cheaper smartphones shed most of the special features that are highlighted in the flagship line.

Though they often fall in price within a few months, other manufacturers like LG and HTC have been matching the top-tier pricing on release day, and don’t even get me started on Sony. All of the midrange devices it turns out harbor a deal-breaking flaw of some kind. Huawei works with subsidiaries to push out great midrange devices, saving that Huawei badge for the best — but most of the time these aren’t available in the U.S.

The Google Pixel 3a is easily the best phone for $100 in either direction.

OnePlus has soared to such success, by swooping in and grabbing that barren midrange ground, but its phones are creeping up in price with every passing year. The original OnePlus One cost $300; the OnePlus 6T was $550; and the OnePlus 7 Pro is set to be even more expensive.

At $400, the Google Pixel 3a is easily the best phone under $500. You’ve got perfectly decent devices from Nokia and Motorola if you go down, but they’re inferior in every way to the Pixel 3a. You’ve got OnePlus, Honor, and Xiaomi in the other direction, but they can’t develop software or process an image like Google can.

The big question is whether people will buy the Pixel 3a. Google has never achieved any real critical mass with its hardware. The Nexus line was originally for developers, with phones serving as reference designs, as Google seemed afraid of pushing its luck with manufacturing partners by competing too brazenly. Even though phones like the Nexus 5 were favorably reviewed, not many people bought them, and Google relied heavily on manufacturing partners.

Those days are gone. The Pixel 3a comes from an experienced Google team bolstered by an acquisition of HTC talent. It has built the Pixel brand steadily and puts real marketing muscle behind phone releases now, something it never did in the Nexus days. Perhaps most importantly this new phone is a Pixel. It’s part of the same range as Google’s flagships and it boasts a very similar feel and look, with almost all of the same compelling features. Better yet, these phones are finally no longer sold through just Verizon. Now you can get them through Sprint, T-Mobile, US Cellular, Visible, and other retailers.

People who have read about Pixel phones and been tempted have often been put off when they glance at the spec sheet and clock the price. It’s hard to quantify why a Pixel is better than a cheaper alternative when you only look at hardware specs – you need to pick one up and use it. With that price barrier removed, more people will bite and when they find out what sets a Pixel apart, they’re not going to want to go back to flagship prices.

With that price barrier removed, more people will bite.

Apparently, Pixel 3 sales have been slow and there’s no doubt they’ll get even slower with the Pixel 3a on the scene, but if they’ve been poor anyway, it’s not really Google that needs to worry about the Pixel 3a cannibalizing sales. It should obviously attract anyone shopping in the midrange, but it’s also going to peel away a few people who realize they can save a few hundred dollars by turning their back on the latest iPhone or Galaxy S and try something different.

While Samsung and Apple push us to spend more and flagship prices creep higher, it’s refreshing to see Google go in the opposite direction.