Home News FCC could require carriers to block robocalls. Here’s why they didn’t before
News

FCC could require carriers to block robocalls. Here’s why they didn’t before 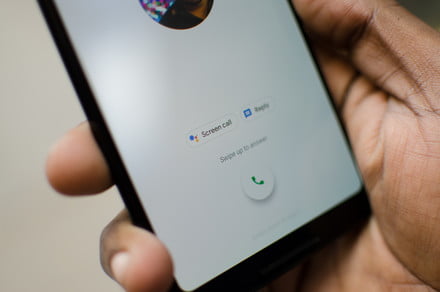 The war against robocalls is just starting to heat up. If you’re like me, you probably get multiple robocalls every single day, with seemingly no way to block them from getting through. That, however, could soon change. The Federal Communications Commission (FCC) has proposed new legislation that would make it legal for carriers to block robocalls by default. In fact, the legislation may even require carriers to block robocalls.

The move could signal a huge change for how robocalls work in the United States, and could help put an end to the frequency with which they occur. Specifically, the FCC is essentially giving carriers the permission to deploy new tech that would target robocalls that hijack in-service numbers. The likes of Comcast, T-Mobile, Verizon, and AT&T are all working on developing this new tech, but according to the FCC, they may have stopped short of actually deploying it because they weren’t sure of the legal implications.

Many aren’t aware, but there’s a good reason blocking spam calls wades into legally ambiguous territory. Because of the fact that spam callers often piggyback off of legitimate phone numbers, the laws are in place to prevent legitimate calls from being blocked. That could actually be a significant reason why robocalls are so common these days in the first place.

“Carriers don’t want to get sued if they block the wrong call and Grandma dies because she fell and tried to call her kids, but was blocked incorrectly as a bad robocaller,” said Alex Quilici, CEO of YouMail, in an email to Digital Trends. YouMail is a service that automatically blocks spam calls for users that are signed up to its service.

Of course, legal implications aren’t the only reason that robocalls aren’t being blocked by carriers — and the other may surprise you. The fact is, some people want some robocalls, but only some specific ones.

“You may want Comcast to call you with an appointment reminder, but I may not want a payment reminder from that same number,” continued Quilici. “Now what?” It could be tricky for carriers to differentiate between robocalls that some might want, like those from legitimate companies, and shadier spam robocalls.

The FCC has made initial steps to put an end to robocalls in the U.S., but the fact is that robocalls aren’t going to disappear right away. For starters, the FCC first has to consider its proposal at a June 6 meeting, and even if it’s approved, it may not go into effect right away.

Not only that, but if the FCC does create more protections for carriers trying to prevent robocalling, that doesn’t necessarily mean that carriers will put robocall-blocking tech into effect right away, or at all, unless the new legislation requires carriers to do so.

Quilici noted in our chat with him that carriers could easily clean up at least some robocalls. For starters, illegal numbers can and should be automatically blocked, whether it’s a robocall or not. Not only that, but caller ID could eventually play a larger role in preventing robocalls.

Even if carriers deploy tech to prevent robocalls, it’s unlikely the calls will ever go away altogether. But they could at least be significantly reduced, and hopefully, that will start to happen over the next year or so.