Home News Everything we know about Wolfenstein Cyberpilot
News

Everything we know about Wolfenstein Cyberpilot 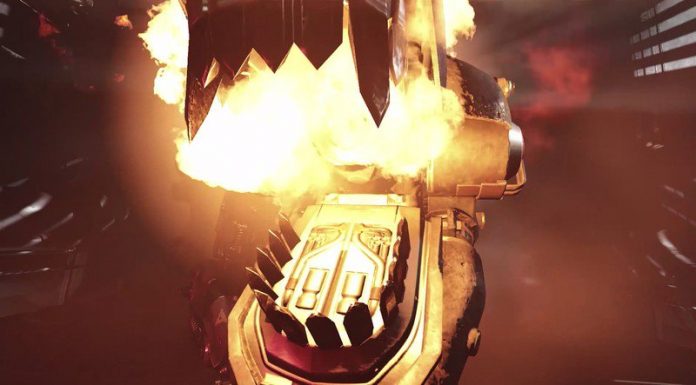 Help the revolution by roasting people alive. You know, the moral high-ground. Unless you have lived under a rock that knows nothing about games, you have probably heard of Wolfenstein. There have been a lot of games over the years, each with the same “kick some Nazi ass” plot line but with different game mechanics. This game, Cyberpilot, is the first Wolfenstein game designed from the ground up to be played in VR, so we are pretty excited about it.

Wolfenstein Cyberpilot is the franchise’s first foray into Virtual Reality and it looks to be a lot of fun. Let’s take a look. 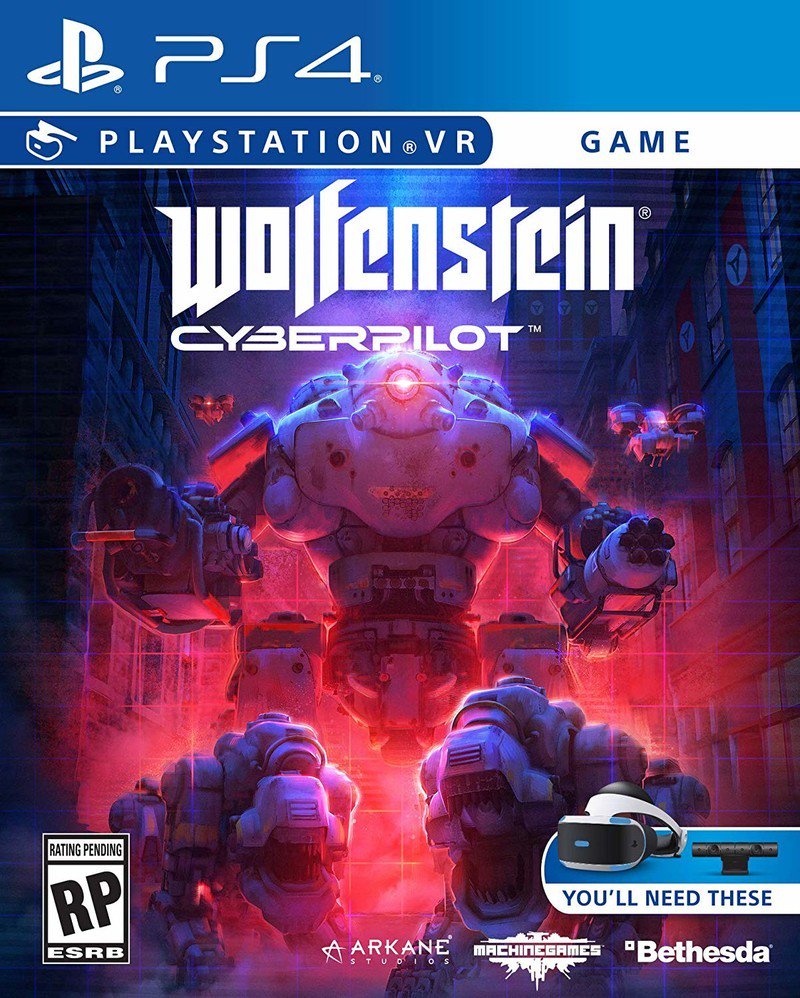 Wolfenstein is a short VR experience that ties into the main Wolfenstein timeline. Expect to stomp a lot of Nazis using exotic machinery and fire. Lots of fire.

What is the premise of the game?

Based in an alternative 1980 where the Nazis won World War 2, you play a French resistance fighter and work as their super hacker. Your primary job is to hack the giant machines the Nazis use to keep control of the populace and use those machines against them!

You get to pilot different mechanical monstrosities around the streets of Paris, destroying Nazis and trying to free the citizenry. As of right now, that’s pretty much all the plot we have, but hopefully more storyline will be unveiled as we get closer to release date.

Did someone say giant robots? 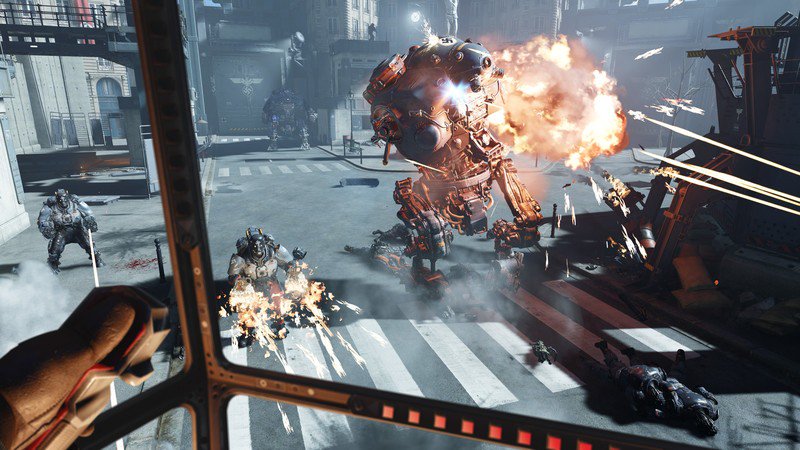 Yup. The entire premise of the game is built around your amazing hacking skills allowing you to take control of the giant robots that the Nazis now use to control the populace. So far we have only seen footage of one of the robots you control, though there are others on the front cover and in the trailer.

The Panzerhund is essentially a mechanical hellhound. It walks around the map on all fours and seems to have two main attacks, a charge attack, and a “set everyone and everything on fire until the worlds burns” attack. I feel like the second one may be more effective than the first.

What are the controls?

We have only seen footage of the Vive version of the game, and that used the Vive controllers. It’s unlikely that Cyberpilot will use the Move controllers though as they have no trackpad or even a D-pad. In fact, if you look at the box art for the PlayStation VR it doesn’t show the move controllers on there at all.

This normally means the game will be controlled by the DualShock controller, which is a little disappointing. It feels like the game could have done a lot with the Move controllers, especially if they were used like joysticks. Now I think about it, a HOTAS would have been a great control method too.

When and where can I get it?

Wolfenstein Cyberpilot will be available to purchase on July 26, 2019. It will be available from the PlayStation Store or — if you are like me and you want a physical copy — you can pre-order it at Amazon right now for only $20. That $20 price tag tells us this isn’t a fully formed, 8-10 hour game, but it should be long enough to act as a fun diversion from the daily grind.

Wolfenstein is a short VR experience that ties into the main Wolfenstein timeline. Expect to stomp a lot of Nazis using exotic machinery and fire. Lots of fire.