Everything we know about the Nvidia GeForce Now streaming service 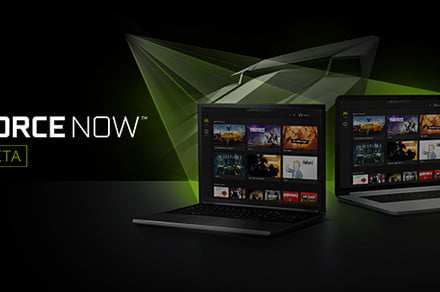 While companies like Google and Microsoft are just now preparing to enter the burgeoning game streaming market, Nvidia has been testing the waters for more than a year with GeForce Now. Currently in beta, GeForce Now gives PC, Mac, and Nvidia Shield users a way to stream more than 500 games without needing high-powered local hardware. Now that game streaming is on the verge of becoming quite popular (possibly), let’s take a look at the features of one of the earliest adopters: Nvidia GeForce Now.

What is GeForce Now?

Nvidia GeForce Now is a streaming service designed to give access to users who may not have the most up-to-date PC hardware. Originally introduced for the Nvidia Shield in 2013 under a different name, GeForce Now has since branched out to PC and Mac. GeForce Now uses data centers located in North America and Europe to run intensive games, so that your PC, Mac, or Nvidia Shield device doesn’t have to do the heavy lifting. Data center servers use powerful Nvidia Tesla graphics cards, created specifically for streaming, to get the job done. RTX graphics cards are also being rolled out to data centers to give users performance that’s on par with the GeForce RTX 2080 graphics card.

GeForce Now, in its current form, is not exactly a competitor to digital storefronts like Steam. Nvidia doesn’t sell games themselves. Instead, users purchase games from one of three supported storefronts — Steam, Uplay, and Battle.net — to gain access to them through GeForce Now. The main difference here is that you can purchase a game that your rig wouldn’t typically run, and stream it through the GeForce Now service.

Like all burgeoning streaming services, the quality you receive while playing is directly related to your internet connection. With a 15 Mbps, you can stream games in 720p at 60 frames per second. That’s a pretty low requirement, as most basic broadband packages offer more than 15 Mbps download speed. At 25 Mbps, you can run games at 1080p.

Critically, you do need a 5GHz wireless router or ethernet connection to use GeForce Now. If you’re using an older router or a computer without an ethernet port, such as a Macbook Air, you may have to upgrade your router setup or purchase an ethernet adapter before taking advantage of GeForce Now.

An Ultra Streaming mode is available for users with faster internet connections and decent hardware. When using GeForce Now, you can enable Ultra Streaming mode for certain games to raise the frames per second to 120. For some users, this will provide a better experience with less latency. But you’ll be able to tell pretty quickly if your hardware and internet is actually negatively impacted by Ultra Streaming mode.

Unlike some of its competitors, GeForce Now does not support 4K streaming — at least at this time. However, you will be able to play most games at max settings, just as if you had a high-powered gaming rig.

Though the data centers take on the brunt of the work when streaming games, you still need to meet the hardware requirements locally.

PC users need a 64-bit version of Windows 7 or newer. You must have a Dual-core x86 CPU with 2.0GHz or better, 4GB of RAM, and a GPU running DirectX 9 or better. For graphics cards, you need either a GeForce 600 series or better, an AMD Radeon HD 3000 or better, or Intel HD Graphics 2000 or better.

Mac users need to be running macOS 10.10 or better. In terms of hardware, GeForce Now supports most Macs released since 2008, including MacBooks and iMacs. A full list of supported Mac computers can be found here.

Mac and PC users can use PS4, Xbox One, Xbox 360, and Logitech gamepads with GeForce Now.

All Nvidia Shield tablets and TVs work with GeForce Now, and you can use 360 and Xbox One wired controllers, and DualShock 4 controllers (wired).

Since launching in beta throughout 2017 and 2018, GeForce Now’s library of games has grown to over 500. Every game in the library works on PC, Mac, and Shield, as long as your hardware meets the minimum requirements. GeForce Now’s library has a great mix of AAA and indie games, and more are being added by the week. Rage 2, Assassin’s Creed Odyssey, Hollow Knight, Resident Evil 7, Metro Exodus, and The Witcher 3: Wild Hunt are just a handful of the available games.

A portion of the library has been optimized for GeForce Now streaming, though you might have to tinker with the graphics settings to find the right balance in non-optimized games.

How does GeForce Now work?

The experience works nearly identical across all devices. For Mac users, however, it’s an especially useful service. Mac still isn’t seen as a gaming destination, and as such, many of the most popular PC games do not have Mac support. To play a ton of PC games on a Mac, you typically have to partition your hard drive and use Bootcamp or Parallels to run Windows. With GeForce Now, there’s no need to do that. You can run games like Rage 2 and The Witcher 3 on Mac simply by using GeForce Now.

Each GeForce Now gaming session has a limit of four hours, presumably to discourage users from sitting idle and wasting server power. However, you can jump right back into your game after the four hours is up.

The future of GeForce Now

As GeForce Now is still in beta, Nvidia is still actively working to improve and scale the experience. In March, Nvidia announced that it is working on including 4K rendering and 90hz refresh rates. The reason? Nvidia intends on allowing for wireless VR and AR streaming through GeForce Now. A timetable for this feature hasn’t been set, but if implemented well, GeForce Now could quickly close the gap that will likely form once other streaming services like Google Stadia and Project xCloud come to market.

Nvidia is also working with multiple partners to expand GeForce Now’s data centers and prepare for 5G. In collaboration with HTC, GeForce Now is expected to eventually use the 5G Hub to let users stream with 5G data connections.

Later this year, RTX servers will be deployed in Japan and Korea, to increase GeForce Now’s global reach outside of just North America and Europe.

These future goals are anchored on the expansion of RTX servers, which give users the power of a GeForce RTX 2080 graphics card.

GeForce Now is currently in beta, and it’s unclear when it will fully release to the public. As of now, however, GeForce now is free. That will change once Nvidia officially launches GeForce Now, and the payment model could scare some users away. If plans haven’t changed, Nvidia plans to charge users $25 for every 20 hours of play. That could be worthwhile for users who don’t play regularly, but if you plan on playing long games like The Witcher 3, the price can balloon rather quickly. Keep in mind that you also have to purchase the games themselves. When GeForce Now originally launched in 2015 for Shield devices, it was $8 per month. But Nvidia hasn’t shown signs of going back to that model.

If you want to check out the beta, you can add your name to the waitlist. GeForce Now currently has more than 300,000 beta users, but more than one million potential users are currently on the waitlist.