Home News Battlewake for PlayStation VR: Everything you need to know
News

Battlewake for PlayStation VR: Everything you need to know 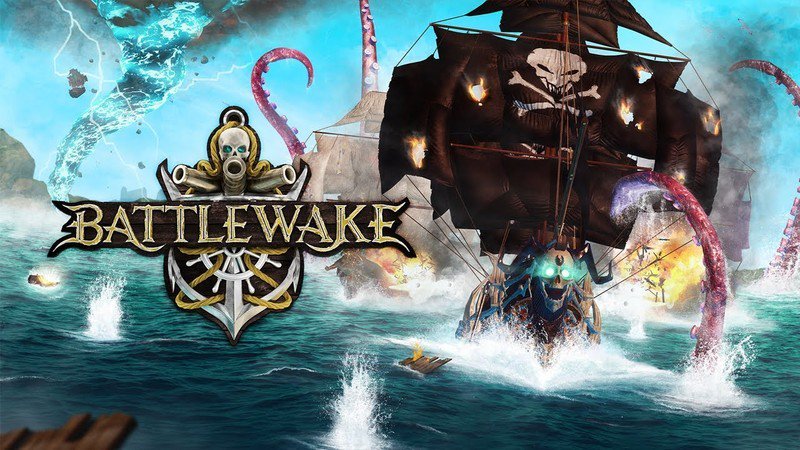 It’s a pirate’s life for all of us coming to virtual reality this summer!

Survios, the creators of Creed: Rise to Glory, is coming out with a new game for the PlayStation VR, Oculus Rift, and HTC Vive. That statement alone is enough to raise my interest because of how amazing their previous titles were between mechanics and visuals alone. I’d trust anything made by Survios to blow my mind.

So, what’s this new game that we’re expecting to blow our minds? It’s called Battlewake. It’s a high-roller and never-smooth-sailing pirate simulator full of chaotic entertainment and tons of enemies. It’s time to get to the helm of your ship and become a captain— there are pirates and monsters to fight.

Just from the trailer alone, you can see a lot of what this game has to offer. There’s combat, mechanics for steering your ship, mystical lands to discover, and so much more. If your heart is sailing just as much as mine is, continue on to read about everything you need to know about Battlewake. As we gather more information we’ll be sure to update this article, so make sure you check in from time to time for the news!

What can you do in Battlewake? 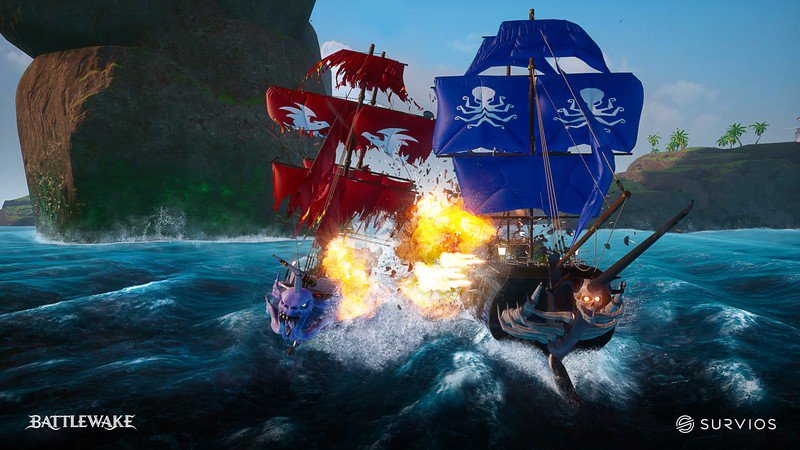 There are 13 different weapons for your ship. All of them are fully upgradable to create the most ghastly warship you possibly can. Furthermore, there are four different Pirate Lords you can play as and each one of them comes with their very own set of powerful abilities. The magic harnessed by the Pirate Lords is capable of unleashing terrifying elemental damage or summoning monsters— like Krakens— to take out your enemies for you.

Battlewake also includes four different game modes for you to choose from. Options include single-player PvE (Player vs Everyone), cooperative multiplayer gauntlets, PvP deathmatches, and more.

What can you expect from Battlewake?

Motion sickness is a big concern with any virtual reality game. So much so that stores like Oculus have an intensity rating displayed next to each title to show you how motion-based the games are. Games like Ghost Giant are lower on the scale because it doesn’t require you to move around and there aren’t a lot of simulated movements in the game. On the other end of the scale you have UltraWings, which has a high-intensity rating for the swift movements that go along with flying an airplane.

Survios states there will be no sea-sickness with this game because of a fluid locomotion system to prevent you from feeling sick while playing. The game itself can be played without having to move around as much, but the scenes around you will still reflect motion as your ship sails forward. Even the water surrounding your ship reacts to the environment from both opposing enemies and the types of weather changes based on your current environment.

When can you play Battlewake?

For those of you wanting to wishlist #Battlewake, the store page is officially LIVE on @steam_games! https://t.co/daJfupma5V

Battlewake is set to release sometime this summer. A store page already exists on Steam for the Oculus Rift and HTC Vive versions, but there isn’t a physical copy pre-order or a PlayStation Store page yet.

Facebook
Twitter
Pinterest
WhatsApp
Previous articleThe standard OnePlus 7 is a refreshed 6T for international markets
Next articleThese VR headsets are untethered and budget friendly, but which is best?

Sony Xperia 1 II review: Sony finally made a phone I’d love to keep in my pocket

The Sony Xperia 1 II is a fantastic smartphone built around a "just okay" camera. Even so, it is a
Read more