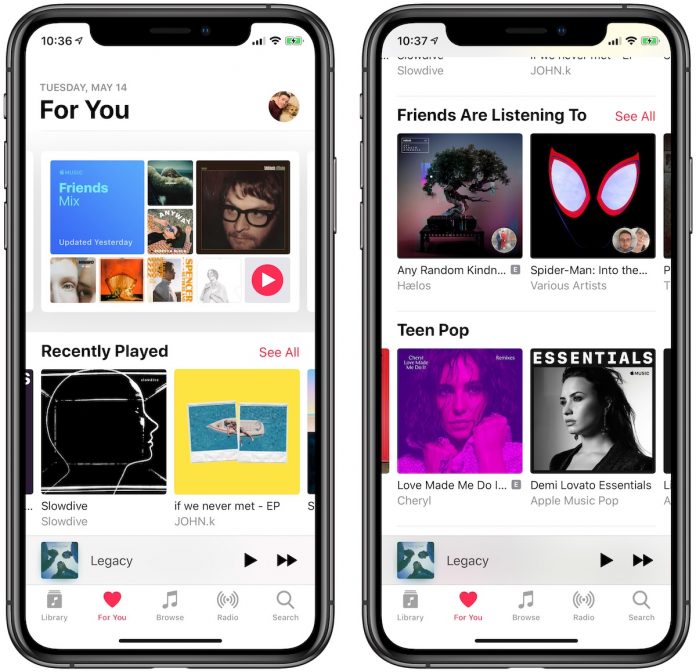 As part of the iOS 12.3 release yesterday, Apple Music updated with a brand-new “For You” section. This refreshed tab now updates multiple times per day with new music suggestions based on genres you love, artists you might enjoy, and moods that match certain themes. Overall, the tab also now falls in line with the layout changes previously seen in Apple Music’s Browse tab that hit earlier this year.

The top of For You still highlights your various personal “Mixes” that Apple Music curates throughout the week, including Favorites, Friends, Chill, and New Music. Below this is where the changes appear, beginning with “Recently Played” playlists and albums appearing above “Friends Are Listening To,” whereas before it was the reverse order.

Below that, For You is divided into various themed sections based on your listening habits, which will be different for every user. These include areas like “Teen Pop,” “Rise and Smile,” “It’s Only Tuesday?,” recently updated playlists, genres like country and electronic, and more.

Apple Music can now even curate song and artist recommendations based on your own personal playlists. Sections like this are called “Based on [Playlist Name]” and they present you with albums that you might be interested in, based on the songs that you have in the designated playlist. 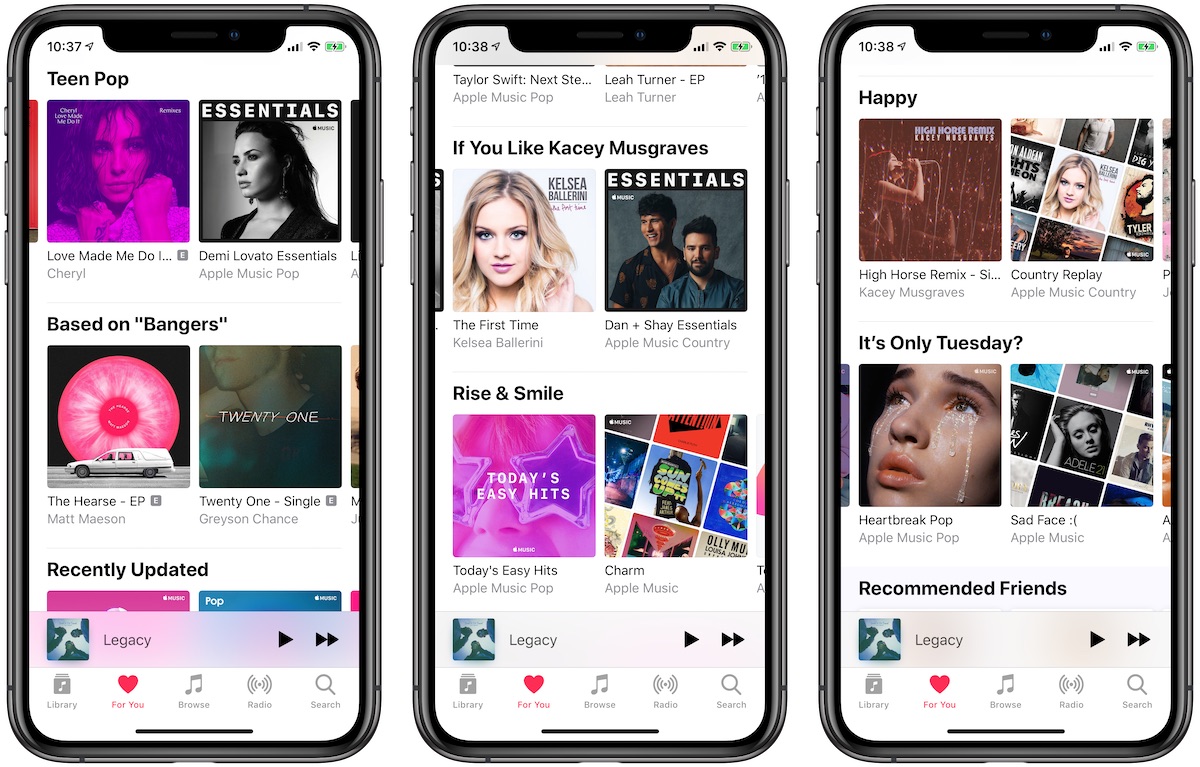 Finally, at the very bottom of For You there is a category for recommended friends and “New Releases.” Updates to Apple Music’s user profiles or any other tabs in the app have not appeared, but you can see the new For You tab in iTunes on Mac as well.

The Apple Music updates in iOS 12.3 appeared alongside a lengthy list of features, including AirPlay 2 for smart TVs, a redesigned TV app for the Apple TV, and various other bug fixes and improvements.