Home News Apple might have to open iPhone to other app stores — here’s...
News 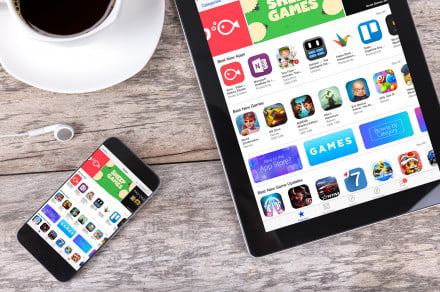 If you’re an iPhone user, you get your apps from one place and one place only — the App Store. That, however, could change if an antitrust lawsuit against the App Store ends up succeeding. The Supreme Court has allowed a lawsuit against Apple to move forward, suggesting that App Store rules could be considered monopolistic, and therefore Apple could be sued over the issue. The vote was 5-4, and the justices did not vote along party lines.

The case is Apple Inc. v. Pepper, and Apple initially argued that plaintiffs didn’t have the right to sue Apple for being a monopoly, thanks to a 1977 ruling that said that you couldn’t sue for an antitrust case if you didn’t directly purchase goods from that company. Apple said because it only facilitates the sale of apps and as people aren’t buying apps directly from Apple itself, it falls under that category.

If Apple does end up having to go to court over this issue, it could have significant implications for how the App Store works.

Apple takes a significant cut from App Store purchases — 30% — which developers have complained about. Spotify, for example, recently filed a complaint with the European Union over the 30% cut that Apple takes, arguing that the fee, which also applies to in-app purchases, could force Spotify to raise its prices. Spotify and Netflix have also begun directing customers to their website to pay for subscriptions, instead of allowing users to subscribe directly in the apps themselves.

There are a few good things that might come out of Apple being forced to allow apps from third-party marketplaces. For starters, apps may well get cheaper because of the increased competition. If, however, apps were also available on a marketplace that took a lower cut, Apple may be forced to lower the amount that it receives from developers.

If users can download apps from other sources, there might also be more apps available. The fact is that Apple is strict when it comes to the rules that it places on developers to get their apps on the App Store — and if those rules weren’t in place, all kinds of apps could be available.

That, however, leads into some pretty major issues.

Apple is strict for a reason. While stories regularly break about apps on Google Play that are some form of malware in disguise, those stories are much rarer when it comes to Apple’s App Store. Why? Apple ensures that apps are safe for users and has stricter requirements when it comes to app permissions. To be clear, there is certainly malware for the iPhone — but cases of the iPhone being hacked are much rarer than Android phones. Opening the iPhone to other app marketplaces could damage that.

There’s also the fact that maybe being able to download apps from third-party stores may not necessarily be a good thing. After all, it could lead to app exclusivity — where apps are available from one store but not another — which would essentially force customers to maintain accounts on multiple stores. We’ve seen this in other areas of tech — like gaming. Epic Games, for example, is currently the source of some frustration for gamers because many games are now coming out as an Epic Games exclusive. Generally speaking, the fragmentation of the app-buying process could lead to a frustrating user experience.

Of course, Apple isn’t being forced to change how the App Store works just yet, and it’s not clear if it ever will. The Supreme Court ruling is only one step in what will likely be a long series of court battles.