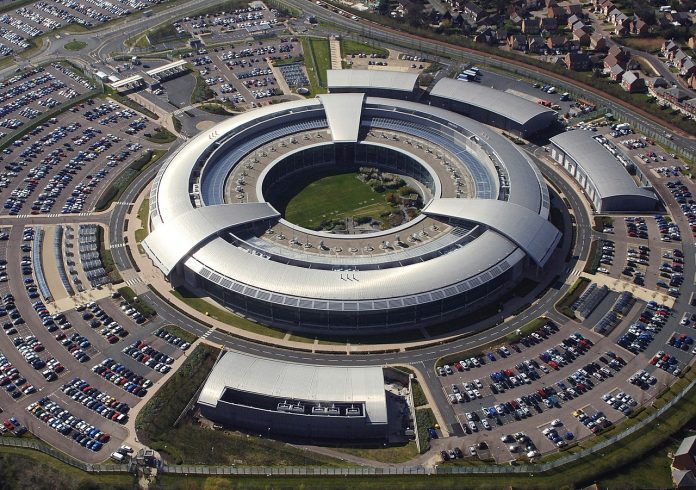 Apple and other tech giants have joined civil society groups and security experts in condemning proposals from Britain’s cybersecurity agency that would enable law enforcement to access end-to-end encrypted messages (via CNBC).

British Government’s Communications HQ in Cheltenham, Gloucestershire
In an open letter to the U.K.’s GCHQ (Government Communications Headquarters), 47 signatories including Apple, Google and WhatsApp urged the U.K. eavesdropping agency to ditch plans for its so-called “ghost protocol,” which would require encrypted messaging services to direct a message to a third recipient, at the same time as sending it to its intended user.

Ian Levy, the technical director of Britain’s National Cyber Security Centre, and Crispin Robinson, GCHQ’s head of cryptanalysis, published details of the proposal in November 2018. In the essay, Levy and Robinson claimed the system would enable law enforcement to access the content of encrypted messages without breaking the encryption.

The officials argued it would be “relatively easy for a service provider to silently add a law enforcement participant to a group chat or call,” and claimed this would be “no more intrusive than the virtual crocodile clips,” which are currently used in wiretaps of non-encrypted chat and call apps.

Signatories of the letter opposing the plan argued that the proposal required two changes to existing communications systems that were a “serious threat” to digital security and fundamental human rights, and would undermine user trust.

“Second, in order to ensure the government is added to the conversation in secret, GCHQ’s proposal would require messaging apps, service providers, and operating systems to change their software so that it would 1) change the encryption schemes used, and/or 2) mislead users by suppressing the notifications that routinely appear when a new communicant joins a chat.

“The overwhelming majority of users rely on their confidence in reputable providers to perform authentication functions and verify that the participants in a conversation are the people they think they are, and only those people. The GCHQ’s ghost proposal completely undermines this trust relationship and the authentication process.”

Apple’s strong stance against weakened device protections for the sake of law enforcement access was highlighted in the 2016 Apple vs. FBI conflict that saw Apple refuse to create a backdoor access solution to allow the FBI to crack the iPhone 5c owned by San Bernardino shooter Syed Farook.

Responding to the open letter, which was first sent to GCHQ on May 22, the National Cyber Security Centre’s Ian Levy told CNBC: “We welcome this response to our request for thoughts on exceptional access to data — for example to stop terrorists. The hypothetical proposal was always intended as a starting point for discussion.”

“We will continue to engage with interested parties and look forward to having an open discussion to reach the best solutions possible,” Levy said.