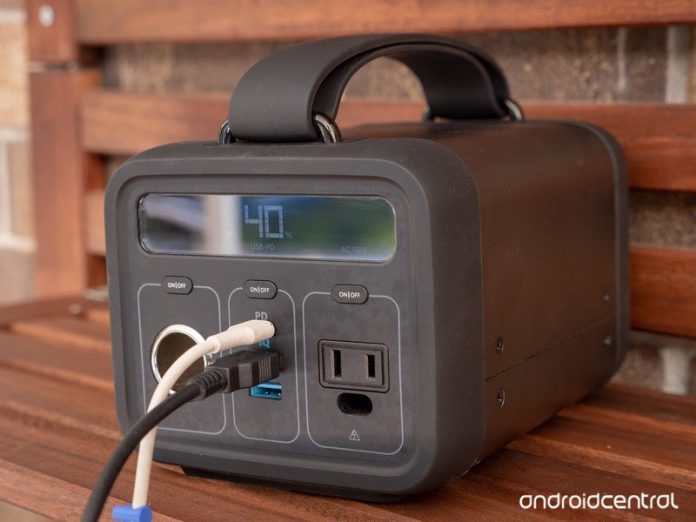 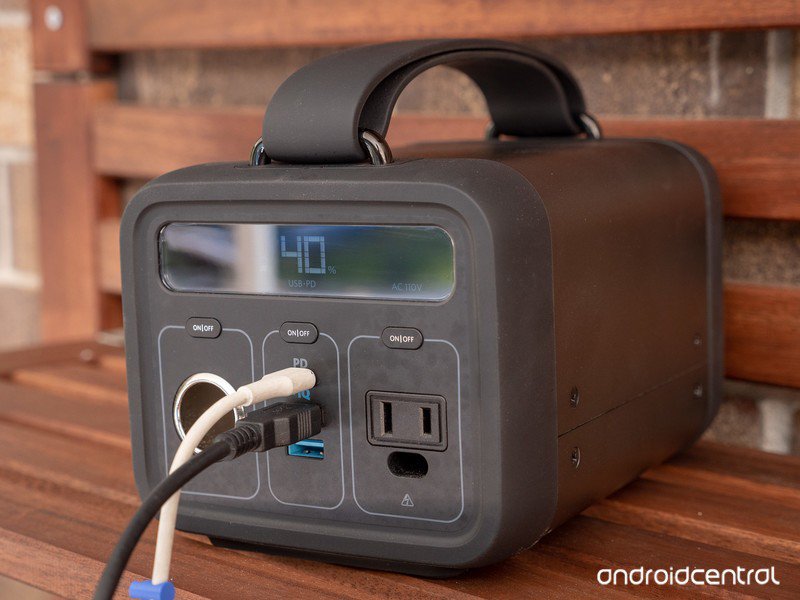 This is overkill for your basic charging needs. But it’s a godsend for some real on-the-go juice.

Dig through your gear bag real quick. How many portable batteries do you have in there? How many watt-hours of juice are stored up in those little plastic housings?

Now think about just how limited those things are. They’re good for charging phones, for sure. And maybe a USB-powered laptop, if you’re rocking something recent. But that’s about it, right? If it doesn’t use something USB-based, you’re probably SOL.

That’s not to say that everyone should go out and buy a full gasoline-powered generator. They’re important products, to be sure, but they’re also noisy, need regular maintenance, and aren’t exactly portable.

We need something in between, right?

That’s where the Anker PowerHouse 200 comes in. It’s a big-arse battery, really, with the ability to charge via USB-C (and Power Direct, at that), USB-A (with Anker’s IQ+ charging), a three-pronged AC plug, and a 12-volt car charger. 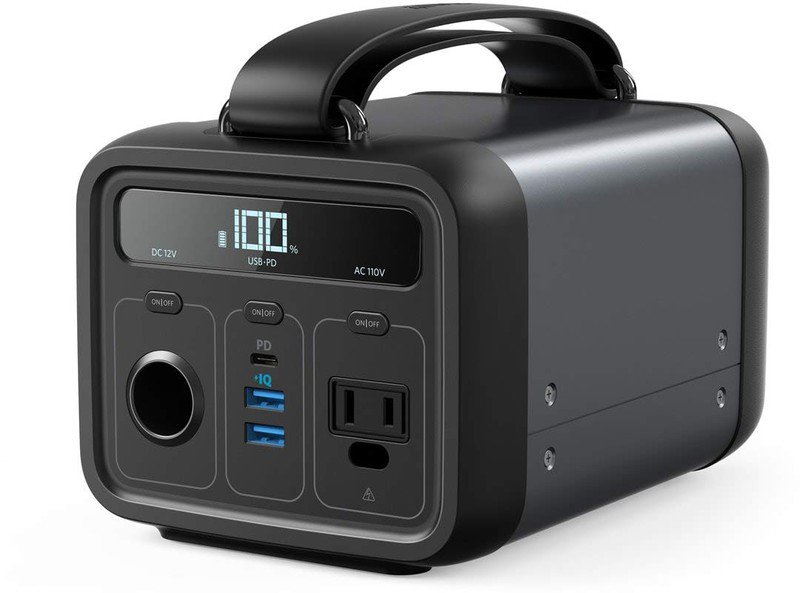 It’s a battery. A big battery.

This 57,600 mAh battery has enough juice to power your phone many times over. Plus it’ll output via USB-C, USB-A, a 12-volt car charger, and your traditional three-prong plug.

Let’s just get right to the specs:

So, yeah. It’s a huge battery.

There are two ways to charge this thing. You can use the included DC adapter, which inputs at 5-22V=2.45A. That’ll still take a few hours to get things charged from zero, but it’s your best bet. Or, you can use the USB-C Power Direct connection. (In fact, you’ll need to make sure to hit the Power Direct on/off button just above the plug if you want the PowerHouse to charge your device via PD, and not the other way around.)

The rest of it is pretty straightforward. It’s a big, honkin’ battery. (I’ve mentioned that, right?)

All the usual laws of electricity still apply, of course. So while the PowerHouse is great in a pinch — say, if you’re throwing a little party outdoors and need more than a little battery provides, or you’re in a place where you absolutely need to be able to quick-charge your phone a dozen times, or whatever else you might be able to come up with — it still has its limitations. It’s great for if the power goes out and you need to, say, power a CPAP machine overnight. That should be fine.

But it can’t power everything. My electric kettle needs too much juice. A hairdryer may well overpower it. I need French-press coffee more than I need dry hair, but your needs may vary.

Other things to love here? It’s a sleek-looking battery. There are all kinds of these things that look like they’ve been plucked from the back shelf of an auto parts store. But Anker has done well. It’s the sort of thing that any self-respecting nerd would be proud to have on hand. The carrying handle is a nice touch, considering that the whole thing weighs about 6 pounds. (It also is great for some lightweight work, if you don’t mind folks looking at you a little funny while you do your single-arm curls.)

The display works just fine, too. It shows the total charge remaining in the battery (which will drain a few points daily when not in use), as well as the status of anything plugged in. (Provided you’ve hit the on/off toggle, of course.)

The PowerHouse 200 has a ton of juice and is a no-brainer to use.

What I don’t like? This isn’t some cheap throwaway battery. (Not that you should throw away any batteries, but you know what I mean.) This is an investment. It’s something you need to know you’re going to use. (And please don’t try to take it on an airplane, OK?)

But other than that, it’s a very nicely done accessory. It’s not the be-all end-all of emergency supplies, but it’d be right at home in a hurricane kit. (In fact, I might well pick one up for mine.)

Just know that math and the laws of physics are still a thing here. It’ll charge when it can, and it won’t charge what it can’t. And the battery itself will still need to be charged, too.

But, here’s one final little trick: You can charge the PowerHouse 200 with a little solar charger. It won’t be the quickest recharge in the world, but it’ll work. And the world might just thank you for that renewable energy in its own little way.

It’s a battery. A big battery.

This 57,600 mAh battery has enough juice to power your phone many times over. Plus it’ll output via USB-C, USB-A, a 12-volt car charger, and your traditional three-prong plug.