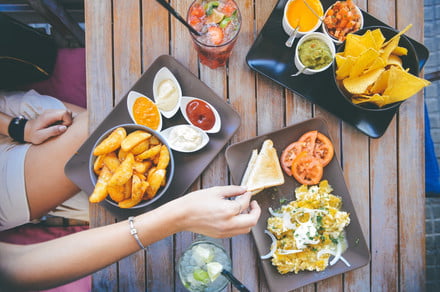 American Express announced that it is acquiring the restaurant reservation app Resy, with the intention of using the app’s expertise to improve the services offered to its loyal customers.

The purchase is expected to be completed by the end of the summer, and current CEO and co-founder Ben Leventhal will retain his position leading the company under American Express’s ownership. He clearly sees the purchase in a positive light and welcomes American Express as a partner.

“American Express is a brand that we have admired and sought to partner with from our inception. There are myriad points of synergy between Resy and American Express that we look forward to pursuing together in the name of creating an end-to-end global dining platform that thrills both diners and restaurants alike,” Leventhal said in a statement. “As it does today, Resy will continue to focus on delivering world-class hospitality software to our amazing restaurant partners, connecting diners to insider experiences, and reimagining the future of dining.”

If you’re not familiar with the service, Resy allows users of its iOS and Android app to book seats at approximately 4,000 restaurants across 154 U.S. cities. It has also expanded outside of the U.S., offering its reservation expertise to 10 countries in total, and seating more than 2.6 million diners every week. It seems much of the way Resy was run before will be retained after the purchase is complete, with existing services still being offered, and Resy and American Express continuing to be run as separate brands.

This purchase is only the latest in a recent spending spree on digital services by the financial corporation. American Express also recently acquired the personal travel assistant Mezi, the booking and airport lounge-finding platform LoungeBuddy, and two other restaurant reservation apps — the Japanese service Pocket Concierge, and the U.K.-based startup Cake Technologies. American Express will be looking at ways to use all of these services in conjunction to expand and enhance the services it offers to its customers, offering them more ways to profit from the American Express service.

If all this talk about reserving a table has got you pining for some fine dining, then check out our list of the best restaurant reservation apps for iOS and Android.