AMD’s long-awaited Ryzen 3 has arrived, and it includes a $499 12-core monster 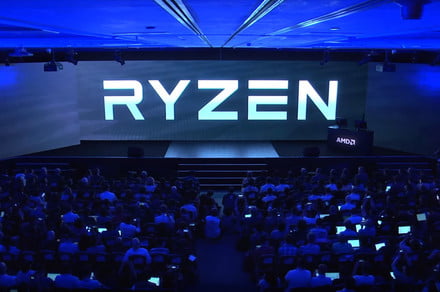 “Our vision is to push technology to its limit,” AMD CEO Lisa Su said in her opening keynote remarks at the Computex trade show in Taipei. “It’s all about industry firsts and introducing technology that wasn’t introduced before.” That innovation is its 7nm architecture, which is now available in data center, gaming, and processing technology.

As the company turned 50 this year, it is trying to out-innovate its competitors. AMD became the first company to debut its 7nm architecture earlier this year when it debuted the Radeon VII graphics card at CES. Now, it is pushing the 7nm technology into its Navi graphics, Zen 2 cores for its Ryzen processors, and its Rome processors for Epyc data centers.

Following the performance success that AMD experienced with its first- and second-generation Ryzen processors, the company is now launching its third-generation Ryzen family at Computex. Dubbed Ryzen 3, these processors are all based on AMD’s 7nm Zen 2 cores and utilize the same AM4 socket as the prior models for continuity and ease of upgrades. And, all Ryzen 3 processors will become the first CPUs to utilize the next-generation PCIe 4 platform for even faster performance. With its Ryzen 3 architecture, AMD is boasting a 15 percent instruction-per-clock (IPC) uplift, twice the cache size for better gaming performance, and double the floating point performance for creative workloads.

“The core truly is the engine of our third generation, and Zen 2 is an incredible core,” Su said of the Ryzen 3, highlighting “the power of 7nm technology.”

There will be three models of the Ryzen 3 processor. The Ryzen 7 3700X will be AMD’s entry-level model, which boasts eight cores and 16 threads and a base speed of 3.6GHz that can go up to 4.4GHz with boast. The chip supports 36MB of total cache and requires 65 Watts TDP.

“But what we’re seeing with the 3700X is significant double-digit performance involving single-threaded and multi-threaded workloads at that significantly lower power,” she added, noting up to 18 percent gains with the current generation. In a demo utilizing the Cinebench R20 tool rendering a ray-traced scene, the 3700X processor was shown as being one-third faster than Intel’s competing Core i7-9700K processor. AMD claims about equal single-threaded performance and up to 28 percent faster multi-threaded performance against the Intel chip.

At the enthusiast-level of AMD’s processing spectrum is the Ryzen 7 3800X processor, which shares the same eight-core and 16-threaded performance as the 3700X. Here, you’re getting faster 4.5GHz boost speeds and 3.9GHz base speeds with 36MB of total cache and 105-watt TDP.

When combined with AMD’s Navi Radeon RX 5700 — a new GPU based on AMD’s 7nm architecture — on an x570 motherboard and PCIe Gen 4, Su’s demo showed that the 3800X was able to perform 3D Mark’s PCIe Feature test up to 69 percent better than Intel’s Core i9-9900K coupled with Nvidia’s GeForce RTX 2080 Ti graphics. The AMD CPU and GPU-powered system was able to maintain 25 frames per second in that test, compared with 14 FPS for the Intel and Nvidia system.

And finally, at the very high-end of AMD’s Ryzen family is a powerful 12-core, 24-threaded Ryzen 9 processor that’s designed to compete directly against Intel’s Core i9-9920X. The Ryzen 9 3900X has a base clock of 3.8GHz that can go up to 4.6GHz on boost, comes with 70MB of total cache, and operates on a 105-watt TDP. In a 3D rendering demo using Blender compared to the Intel Core i9-9920X, the Ryzen 9 finished the task in 32 seconds versus 38 seconds. AMD claims an 18 percent improvement here in a direct core-to-core test given that Intel’s processor also has 12 cores.

With the Ryzen 9, Su highlighted that the AMD solution also uses less power than the 165-watt Intel part.

With the launch of its 7nm architecture for Navi, AMD is targeting the more than two billion gamers across the world spanning PC, console, and cloud.

“Navi is built to power the future of gaming,” Su said, noting that the architecture, which is redesigned from the ground up, will provide AMD with a GPU foundation for the next decade. The first application of the 7nm Navi was first announced by Sony when it announced that the next generation Playstation will use a semi-custom Navi and Zen 2 product.

Like its Zen 2 core, the Navi will also use the PCIe Gen 4 standard, making it the first gaming GPU to support this protocol. Navi will utilize AMD’s RDNA — where the R stands for Radeon. This GPU comes with a brand new compute unit design, Su said, that’s optimized for the future of gaming. The architecture is designed for efficiency and to increase the number of instructions per clock. It supports a new cache hierarchy as well as a streamlined graphics engine.

The Navi graphics architecture is coming to AMD’s Radeon RX 5000 series, which will launch globally at an unspecified date in July. AMD is positioning the Radeon RX 5000 as a competitor to rival Nvidia’s GeForce RTX 2070 graphics.

In a demo comparing the AMD Radeon RX 5700 against an Nvidia GeForce RTX 2070 graphics card using the FPS game Strange Brigade, AMD highlighted that the Navi-powered graphics beats the competition by 10 percent in early demos.

In addition to Ryzen 3 and Navi graphics, AMD also announced that its data-center Rome processor will be “an incredible product” based on a similar 7nm architecture. AMD boasts 2x performance per socket compared to the previous generation and up to 4x performance with floating point workloads.

Compared to the dual-socket Intel Xeon 8280 — a $20,000 processor — AMD claims that Rome will deliver twice the performance. Rome is expected to launch at an unspecified date in the third quarter, and AMD did not provide pricing for this part during its Computex keynote.