Home News A few minutes with the new Honor 20 Pro was more than...
News 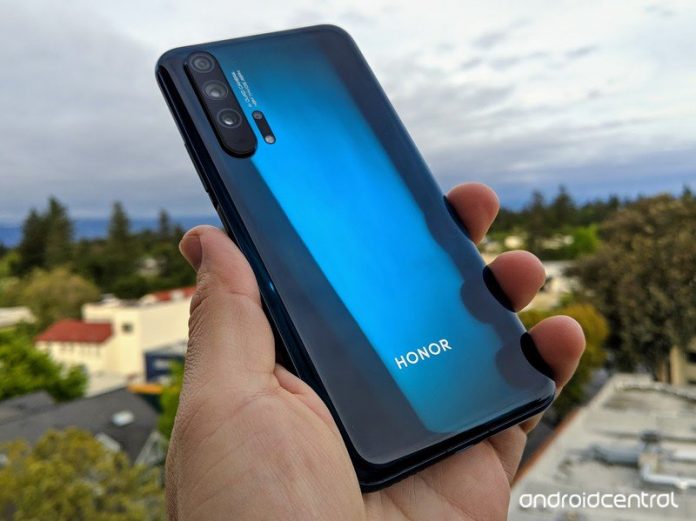 This phone sure looks familiar. Can’t quite put my finger on where I’ve seen it before… 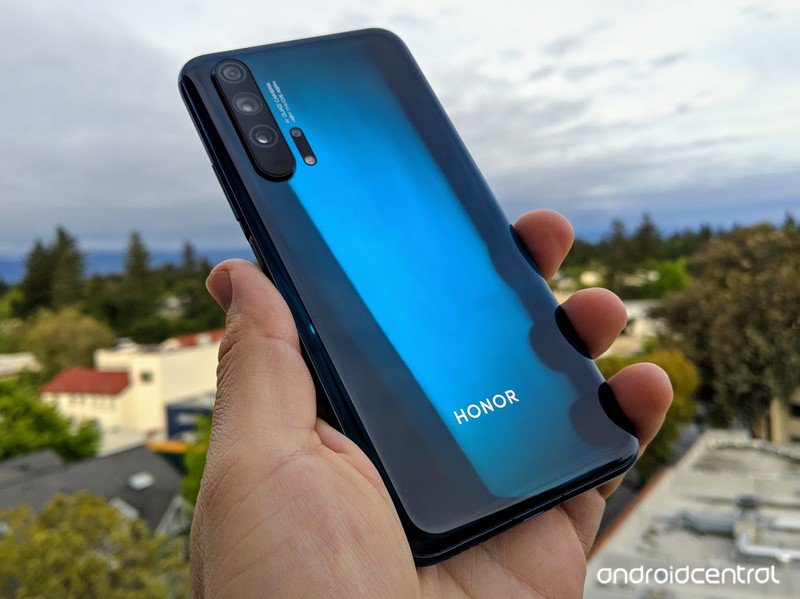 Where the Honor View series exists as the “flagship” brand designed to push boundaries and appeal to people who want to live on the bleeding edge, the numbered series of phones aims to put the Honor logo in as many pockets as possible. That means cutting a couple of corners while maintaining a focus on the things Honor thinks its fans care about the most. In this case, that means a pretty casing with a display you can use with one hand and some stellar cameras.

With those facts in mind, the Honor 20 Pro isn’t a huge surprise. But it’s not meant to be, and what this phone does bring to the table should put a smile on quite a few faces… outside the U.S. anyhow.

If you’ve been paying attention to the Honor View series this year, there’s not a ton of surprises to be found here. The 6.26-inch display boasts the “smallest hole punch camera available today,” packing a 32MP front-facing camera. The back of the phone features a new three-layer “Dynamic Holographic” glass coating. It’s actually kind of trippy to see in person, because the phone captures reflections unlike any other I’ve used. The color warps and shimmers in your hand, and the depth effect created by the three layers of the glass makes the whole device stand out. As silly as it may seem to spend so much energy on a phone you’re going to want to put in a case immediately after taking it out of the box because it’s almost entirely glass, it’s damn pretty and will absolutely stand out no matter which of the four available colors you go with.

The crazy-good night mode seen on the View series is not only available on the primary lens but also on the ultra-wide lens for the Honor 20 Pro.

You won’t find an in-display fingerprint sensor on this phone. Instead, Honor had moved the fingerprint tech to the power button on the side. This makes the power button stick out a little more than you might expect on an Honor phone, but it’s a nice feel and makes blindly finding the button with your hand much easier. Plus, with all of the quirks we’ve seen with this first generation of in-display fingerprint tech, it’s hard to see this as a cost-saving measure.

The main event here is the camera array. Honor has a half-inch sensor under the primary lens with a f/1.4 aperture to make sure it can pull in light in ways most phones physically can’t. You’ve also got an ultra-wide lens, a 3X zoom lens, and a macro lens. Instead of the Time of Flight (ToF) sensor seen on the View series, Honor has trimmed it back to a laser autofocus. But that doesn’t mean this phone doesn’t come with some unique tricks; in fact, the crazy-good night mode seen on the View series is not only available on the primary lens but also on the ultra-wide lens for the Honor 20 Pro. We don’t have camera samples to share with you yet, but Honor is so excited by how this camera performs it worked with DXOMark to get a score for this phone. And, you know, that probably means something to someone.

The Honor 20 series is as much about price as it is anything else. Honor makes its position very clear on this, the 20 series is a three-pronged approach to appeal to younger audiences and folks who don’t want to shell out for the bleeding edge. And it shows, both in the approach to the design and the decision to put such a focus on high-quality gaming on the Pro model. Among the many games expected to perform at a higher level on the Pro model, Honor has worked with Epic directly to ensure Fortnite is able to play at 60FPS with ease.

We’re going to spend a little more time with this phone ourselves before rendering a verdict on quality, but as first glances go there’s a lot to like about this experience. It looks good, it plays hard, and if the camera is anywhere near as good as other Honor experiences we’ve had recently this should handily check all the boxes Honor created for itself. As for whether this phone will be seen on shelves in U.S. stores, let’s just say for now there are many other places around the world that will most likely really enjoy what Honor has assembled here.