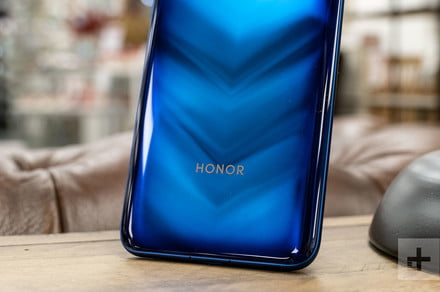 George Zhao, president of smartphone brand Honor, has shared some of the company’s major goals for the future, calling them part of a “new strategic direction.” Announced by Huawei Consumer Business Group’s CEO Richard Yu, the goals not only show Honor’s plan for the coming years, but also how committed Huawei is to being a part of its success. During 2018, rumors spread of a possible split between the two companies, with Honor striking out alone. Although denied by both groups, Zhao and Yu’s most recent statements further show how closely together the two are working.

Yu’s intention, which he has repeatedly stated, is for Huawei to be the world’s No. 1 smartphone manufacturer. Honor’s target is now to become the world’s fourth-largest smartphone manufacturer globally, and the second largest in China. This isn’t the first time lofty goals for Honor have been publicly stated. In 2017, Zhao said in an interview the plan was to be in the top five manufacturers within three years, and top three in five years. It further stated these goals at the beginning of 2019, when it also revealed a new logo and mission statement. Now, it seems Huawei and Honor has split the difference and settled on fourth.

Is it likely? Huawei is already close to meeting its goal. Business analysts IDC recently showed Huawei in the EMEA region is right behind Samsung in second position, and commented, “The one outstanding performance from Huawei over Samsung is the presence of its other brand Honor, which is doing increasingly well.” In China, Honor is the largest so-called ebrand, where it competes against manufacturers selling devices only online.

Huawei obviously sees the value in Honor’s success, and wants to use it to bookend Samsung and Apple in the world phone maker rankings. How? Zhao shared that Huawei will “support Honor to develop cutting-edge products and continue a strong stream of investment into technology innovation, while maintaining a firm dual-brand strategy.”

Honor has been developing some exciting phones recently, most notably the Honor View 20. Not only was it one of the first to use Sony’s impressive 48-megapixel IMX586 camera module, but it also introduced us to the hole-punch display. Smaller and technically different to the Samsung hole-punch on the Galaxy S10 and S10 Plus, Honor has led an industry trend here, and was pleasingly open about how it managed to do so. Huawei is also pushing smartphone technology forward, with the recent release of the P30 Pro and its periscope zoom camera feature being a prime example.

Neither Zhao or Yu seem to have put a deadline into place for achieving first and fourth position in the world smartphone market, but it’s already speculated that Huawei will overtake Samsung to claim the crown before the end of 2019. What’s more exciting for us is that Huawei will continue pushing Honor to release innovative and interesting smartphones.