Home News Verizon turns on its 5G networks in Chicago and Minneapolis a week...
News 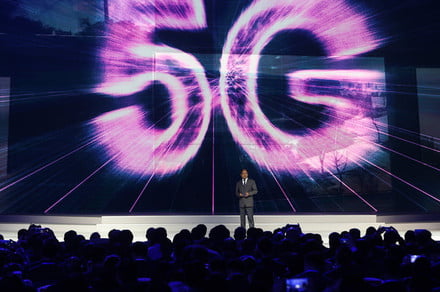 The world may not have seemed to have changed much between today and yesterday, but rest assured that something earth-shattering has occurred in the world of mobile tech. Verizon has officially flipped the switch and turned on 5G network access in Chicago and Minneapolis a full week ahead of schedule.

Verizon’s 5G network was due to come to life on April 11, alongside the launch of Motorola’s 5G Moto Mod for the Moto Z3. However, for an unknown reason, Verizon has decided to start the 5G revolution a week early, turning on 5G access in selected parts of Chicago and Minneapolis. Interestingly, it doesn’t seem as if Verizon has pushed the release of the 5G Moto Mod forward, so for the moment, there are precious few, if any, people actually able to access the network.

Still, it’s an impressive technical feat. When customers are actually able to access the network, they’ll be rewarded with incredibly fast download speeds from their new mobile connection. According to Verizon, 450 Mbps can be expected as a typical download speed, while peak speeds could rise to as high as 1 Gbps, with latency as low as 30 milliseconds. That’s astoundingly fast, and rivals most, if not all, home internet connections.

Unfortunately, you won’t be able to roam far from the hot spots to use it, as the range is currently extremely limited. In Chicago, you can expect to find 5G signal in the West Loop and South Loop, around landmarks like Union Station, Willis Tower, The Art Institute of Chicago, Millennium Park, and the Chicago Theatre. Unsurprisingly, you’ll also find signal in Verizon stores in The Magnificent Mile and throughout The Gold Coast, Old Town, and River North.

Minneapolis is similarly limited. You’ll find 5G signal in the Downtown area, including Downtown West and Downtown East, as well as inside and around U.S. Bank Stadium. It will also be available around landmarks like the Minneapolis Convention Center, the Minneapolis Central Library, the Mill City Museum, Target Center and First Avenue venues, The Commons, areas of Elliot Park, and in the Verizon store in the Mall of America.

Of course, if you wander out of range of the 5G network, you’ll likely only bump down to 4G, which is still plenty fast. Verizon plans to add more than 30 new cities over the course of 2019, so don’t lose hope if your closest city hasn’t been upgraded yet. If you are within range of Verizon’s newest network, you’ll need a 5G-compatible phone to access it. At the moment, that means just the Moto Z3 with the 5G Moto Mod, but more 5G-capable phones are on the way, including Samsung’s Galaxy S10 5G.

You can buy the 5G Moto Mod for $200 from Verizon, though you’ll need to either order a Moto Z3 at the same time, or already own one on a Verizon account.