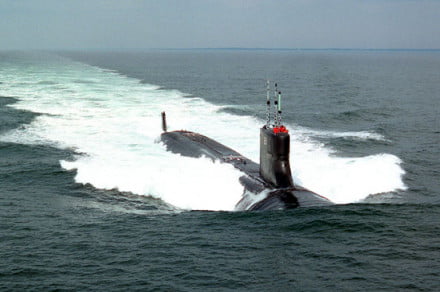 Unmanned robot spy submarines that are able to stay at sea for months at a time may be coming to both the United States and its ally across the pond, the U.K. According to a pair of new reports, both nations are hard at work on developing technology for carrying out future underwater data-gathering surveillance missions, without any risk to human personnel.

In the United States, Boeing recently beat out Lockheed Martin for a $46.7 million U.S. Navy contract to build an undersea Orca robot sub. Boeing had previously won a contract to build four more of these Orcas, which translates to a total contract value of $274.4 million.

The finished subs are expected to be completed by 2022. The size of the robot subs hasn’t been revealed, but Boeing previously developed and tested a prototype drone submarine measuring 51 feet in length. The Orca submersibles can operate autonomously up to 6,500 nautical miles from base, according to the US Navy.

“What it shows is that the Navy is willing to start putting some real money behind the acquisition of unmanned undersea vehicles,” Bryan Clark, senior fellow at the Center for Strategic and Budgetary Assessments think tank in Washington, D.C., told the San Diego Union Tribune. “This is the first time the Navy has put significant money down on UUV (unmanned underwater vehicles) that have a military, war-fighting capability.”

Meanwhile, in the United Kingdom, the Ministry of Defense has launched a 2.5 million pound ($3.25 million) competition to attract industry proposals capable of delivering a “fully autonomous system of the size and capability of current manned platforms.” This contest will run into the 2020s. The successful design chosen will be one that is capable of operating independently for at least three months and up to 3,000 nautical miles from its home base. It must also be able to carry a 2-ton payload and be capable of covert intelligence gathering, patrolling preprogrammed areas to identify hostile ships, and deploying underwater seabed sensors.

According to a department spokesperson, these autonomous subs will most likely not carry weapons, although a final decision has not been made. However, one thing they certainly will not do is to replace human-operated submarines in the Royal Navy. “These submersibles will complement the fleet, not replace hunter-killer submarines,” the spokesperson told the Telegraph.