Home News The iPhone’s Screen Time and Siri Shortcuts could land on Macs this...
News 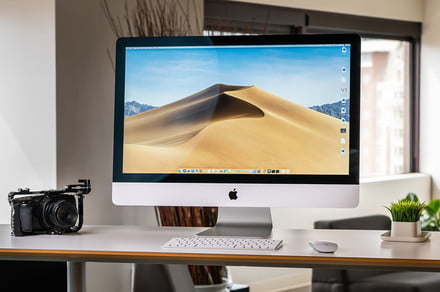 At Apple’s annual Worldwide Developers Conference in June, the company’s desktop MacOS platform is expected to get a big dose of inspiration from the mobile iOS platform. Last year at WWDC, Apple debuted new MacOS apps that were a direct port of iOS staples, like Home, News, and Stock apps. This year, it’s expected that Apple will continue the work of making more features found on iOS available on MacOS, including Siri Shortcuts and Screen Time.

Citing two people familiar with MacOS 10.15 development, 9to5 Mac reported that the arrival of Siri Shortcuts on a Mac would allow users to create custom voice shortcuts for deeper Siri integration within third-party apps. Given that Siri Shortcuts was an optional download when it debuted on iOS, it’s possible that Apple may not bundle the application with the latest release of MacOS. Instead, desktop users may have to obtain the app from the Mac App Store.

The publication’s sources revealed that only Marzipan apps — those ported from iOS to MacOS — will be able to make use of Siri Shortcuts. If true, Siri’s deep integration won’t be readily available to apps that were built for MacOS specifically.

With Apple making more investments in health, Screen Time’s debut on the Mac makes sense. When it debuted on the iPhone with the launch of iOS 12, Apple showcased how the digital well-being app can track how much time a user spends inside apps. The quantitative results can then be used to assess what people do on their devices, and perhaps learn how to disconnect online.

It woul d be interesting to see Apple shift its strategy to help users limit their device usage at this year’s WWDC. At last year’s developer conference, MacOS Mojave‘s new dark mode was designed to help users use their devices longer. Apple showcased how the dark theme could help reduce eye strain when users work at night or on creative projects under darker ambient lighting conditions. Parents can also leverage Screen Time on a Mac to help limit their children’s usage of the device.

Other changes that are rumored for MacOS when WWDC kicks off on June 3 include support for Family Sharing and enhancements to iMessage capabilities on the Mac, including the ability to display effects like confetti and lasers.