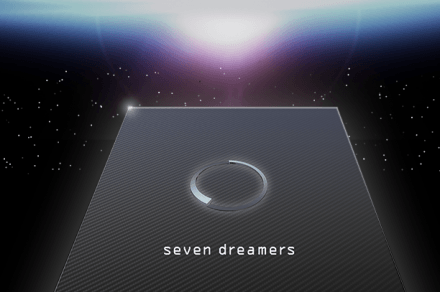 Laundroid, so long, we barely knew ye. While first announced almost three years ago, then shown off during CES 2018 to a fair bit of both intrigue and derision, the company behind it — Japan’s Seven Dreamers — is bankrupt. Reports indicate that the company may have racked up as much as $200 million in debt while struggling to get a product to market.

The Landroid never made it past vaporware. Instead, the $16,000 price tag and frustratingly slow folding apparently was a price too high to make it viable. The company was a no-show at CES 2019, even as competitor Foldimate was back for a second year, and with a target price of under $1,000.

“We sincerely apologize for any inconvenience caused to our shareholders, customers, business partners, and related parties,” the company said in a statement posted to its website.

While the Laundroid appears to be dead, the company says it will still operate in the healthcare sector. Seven Dreamers is working on a nasal insertion device to help prevent snoring called Nastent and the company said it will continue to develop that product “for the foreseeable future.”

Seven Dreamer’s failure might be a cautionary tale to companies looking to bring robotics into the home. While we’re increasingly buying robot vacuums, mobs, and depending on virtual assistants of all kinds, just like everything else we’re not going to break the bank for it.

The company did have grandiose dreams of eventually becoming an intricate part of the modern wardrobe; after all, it could even organize clothes by each family member by tracking what passed through the machine. However, the awfully slow folding times and sometimes buggy operation made a $16,000 price tag look all the worse.

Foldimate, to its credit, does have a working prototype that can fold a shirt in five seconds and realizes that no one’s going to buy it if it isn’t priced right. Sure, you’re still doing a lot of the work, but at least it doesn’t require a mortgage.

But there’s still the question if it’s just a solution in search of a problem, and whether we all just need to stop being so lazy.