HomeNewsPepsi, StartRocket team up to launch satellites for energy drink ad in...
News 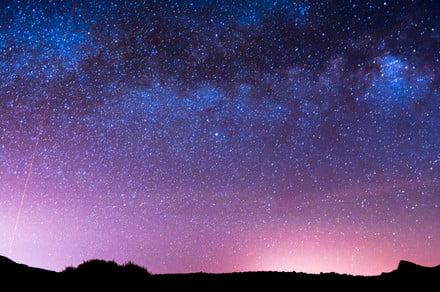 Russian startup StartRocket is planning to use miniature satellites to launch advertisements that can be seen in the night sky, and beverage company PepsiCo will be its first client.

The advertisement, which will use what are referred to as CubeSats to create artificial constellations, will promote the energy drink Adrenaline Rush in a “campaign against stereotypes and unjustified prejudices against gamers.”

PepsiCo Russia spokesperson Olga Mangova confirmed the partnership to Futurism, stating that the beverage company believed in the potential of StartRocket. “Orbital billboards are the revolution on the market of communications,” she added.

StartRocket said earlier this year that its equipment would be ready to send ads into space by 2020, but the startup has now said that it is planning to launch its system into orbit in 2021. The company is currently raising funds, with eight hours of advertising in the night sky to cost $20,000. The amount of the contract with PepsiCo Russia was undisclosed, and it remains unclear exactly how the planned Adrenaline Rush advertisement will look like in the night sky.

StartRocket previously revealed its plan of using CubeSats to light up different messages in the sky for up to six minutes at a time, with the artificial constellation visible from the ground at a height of between 250 and 310 miles. The system is made possible by recent developments in satellite technology that is making it easier and cheaper to launch CubeSats.

The business plan of the Russian startup has received criticism from different fronts. While some people would hate to see a night sky littered with ads, there are also concerns that artificial constellations will make low-Earth orbit even more crowded, increasing the risk of collisions caused by space junk. As far back as 1993, the idea of space billboards was condemned by the American Astronomical Society, with late astronomer and cosmologist Carl Sagan calling it “an abomination.”

StartRocket team member Alexey Skorupsky, however, previously said that “haters gonna hate,” and remained adamant that the project is viable. The startup now claims to have tested the technology with a successful launch of a helium balloon to place one of its reflectors in the stratosphere.

4 Technologies That Are Changing The Medical Industry

Origin Neuron (2021) review: A prebuilt worthy of the premium