NASA chooses a special spot for its next crewed moon landing 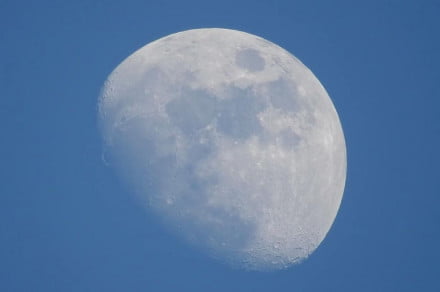 The U.S. government last month called on NASA to send astronauts to the moon by 2024 in what would be the first landing by space travelers since 1972.

That’s big news whichever way you look at it, but those following events have been wondering what NASA might do differently in order to make the journey stand out from its historic Apollo missions in the late Sixties and early Seventies.

Landing close to the spot of any previous visit, while still an achievement, would hardly feel special, and would reduce the opportunity for a profound and quotable remark by the astronaut lucky enough to set foot on Earth’s nearest neighbor. After all, “That’s one small step for a man, one quite big leap for mankind … though nowhere near as big as last time,” clearly lacks the gravitas of the legendary proclamation uttered by Neil Armstrong when he became the first human to step onto the lunar surface.

The good news is that in the weeks following the government’s announcement, NASA has been thinking hard about how to go about its upcoming mission, and it now has a destination: The moon’s South Pole.

So, what makes the South Pole special? Well, first, it’s a place that no human has ever gone before, and second, it contains water ice, a critical resource for the long-term exploration of deep space.

“We know the South Pole region contains ice and may be rich in other resources based on our observations from orbit, but, otherwise, it’s a completely unexplored world,” Steven Clarke, deputy associate administrator of the Science Mission Directorate at NASA, said in a release.

“The South Pole is far from the Apollo landing sites clustered around the equator, so it will offer us a new challenge and a new environment to explore as we build our capabilities to travel farther into space.”

As NASA points out, water is a vital resource for furthering human exploration because it can be used for drinking, cooling equipment, breathing apparatus, and making rocket fuel for missions deeper into space. It said that data gathered from the moon mission has the potential to be used for the preparation of future crewed missions to Mars.

Although humans are yet to explore the moon’s South Pole, NASA’s Lunar Reconnaissance Orbiter (LRO) has passed over the area thousands of times in the last decade, gathering useful data that includes precise details about its topography, temperature, and the locations of water ice.

Now, all eyes are on whether a crewed mission to the moon’s South Pole can be achieved within the tight five-year time frame. Vice President Mike Pence has already suggested that it may be that the mission has to use commercial rockets.

“We’re not committed to any one contractor,” he said lsat month. “If our current contractors can’t meet this objective, then we’ll find ones that will. If commercial rockets are the only way to get American astronauts to the moon in the next five years, then commercial rockets it will be.”


Facebook
Twitter
Pinterest
WhatsApp
Previous articleuTalk: Learn languages on any device and at your pace — just $5 a piece!
Next articleApple Expands Mobile Phone Billing to Thailand and Chile