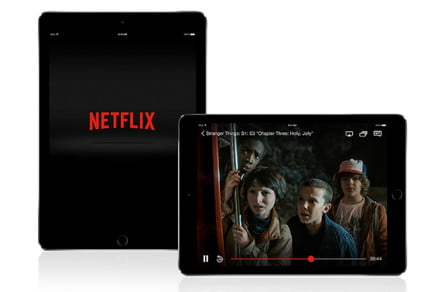 Another possible feature for Microsoft’s forthcoming Chromium-based Edge browser has recently come to light. According to TechRadar, Microsoft’s newest and Chromium-powered version of its Edge browser may also support 4K Netflix streaming.

The 4K streaming capability was discovered by a Reddit user who posted a screenshot of the Chromium Edge browser clearly showing flags for enabling PlayReady, which is the DRM (digital rights management) required for 4K streaming. According to the rest of the Reddit post, this is in addition providing support for WideVine.

But it’s also worth noting, as Neowin mentioned, that for those interested in using the 4K streaming support in the new Edge browser, there are still some hardware requirements that need to be met, namely, “an Intel Kaby Lake processor or higher, or an Nvidia GeForce GPU from the 1000 series or higher.”

Code-named “Anaheim,” Microsoft’s Chromium-powered Edge browser quickly garnered a lot of attention for a browser that is still being developed and currently does not have a clear-cut release date. But leaked screenshots and a leaked preview version of the browser itself only served to intensify interest in the forthcoming browser.

Speaking of the leaked preview version of Anaheim, Digital Trends installed it and took it for a test drive. And for a preview version, Anaheim was pretty well-received. The preview version received praise for a cleaner-looking interface, faster performance, and the fact that the browser provided support for more extensions, “not just what Microsoft wants you to use.” A few drawbacks were noted as well: dark mode seems to require a flag to be enabled and the once available option to draw on webpages also seems to be missing. However, since it was just a preview version, it is possible that these features may still return with the final version. But even with the missing features, so far, all indications are that Microsoft is on the right track with it’s new Chromium-powered Edge browser.