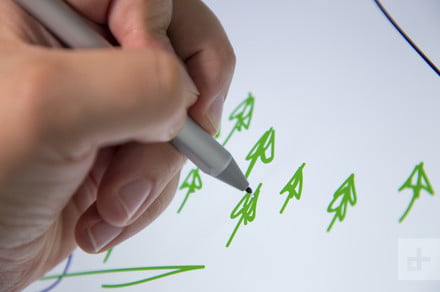 In time for Earth Day, Microsoft is looking to accelerate its sustainability initiative by further — and more quickly — reducing its carbon footprint. While the company previously pledged in 2009 to reduce its carbon emissions by 75 percent by the year 2030, the company wants to reach that goal faster. To achieve this, Microsoft announced that it will double its internal carbon tax to $15 per metric ton on all carbon emissions, which should incentivize its various business divisions in taking bolder steps to offset carbon emissions if they don’t want to pay the internal carbon fee.

The new $15 internal carbon fee is nearly double what Microsoft had levied on its businesses, Microsoft president Brad Smith claimed. “The funds from this higher fee will both maintain Microsoft’s carbon neutrality and help us take a tech-first approach that will put sustainability at the core of every part of our business and technology to work for sustainable outcomes,” Smith wrote in a blog post. “In practice, this means we’ll continue to keep our house in order and improve it, while increasingly addressing sustainability challenges around the globe by engaging our strongest assets as a company — our employees and our technologies.”

Additionally, to become a more environmentally friendly and sustainable business, Microsoft has committed to using 100 percent carbon-free electricity at its Redmond, Washington headquarters, and the company announced that by the end of the year, 60% of energy consumed by its data centers will come from renewable sources. Other initiatives include goals for zero-waste corporate campus and a water replenishment strategy for water conservation.

To achieve these lofty goals, Microsoft is relying on technology and data. Microsoft’s investments in artificial intelligence will be leveraged to help the company monitor its performance. “We’ll also launch a new data-driven circular cloud initiative using the Internet of Things, blockchain and artificial intelligence to monitor performance and streamline our reuse, resale, and recycling of data center assets, including servers,” Smith said. Additionally, as part of its A.I. for Earth initiative, Microsoft announced that it will be hosting environmental data science sets on Azure to help accelerate research in the space.

Microsoft also announced that it had joined the Climate Leadership Council, a policy institute focused on the environment, to help shape public policy.