Razer has a new version of its external graphics card (EGPU) enclosure called the Razer Core X Chroma, which brings back some features which were lost during the transition to the leaner Core X design from the Core V2. However, this isn’t just a rebranded Core V2, but something bigger and better than both of its predecessors at the same $400 price.

The idea behind an external graphics card is to add some versatility to otherwise non-gaming laptops. It gives a capable notebook the ability to play games at greater detail settings when sat at a desk while still enjoying the improved battery life of a laptop without a dedicated GPU when on the move. As we noted in our original review of Razer’s EGPU enclosures, they make the idea of an expensive gaming laptop that you can’t upgrade seem rather silly. Because you can always swap out the GPU in the Razer enclosure further down the line, or change the laptop and continue to enjoy the benefits of your EGPU.

The Core X Chroma gives you those benefits and more so than its predecessors. It brings back the twin LED lighting zones (front and side) of its Core V2 predecessor, as well as the four USB-A ports and gigabit Ethernet connector, but it also enhances the potential for the GPU you plug into it. Where the Core X was limited to a 650w PSU, the Core X Chroma can fit a 700w unit, more than enough for even the most power-hungry of graphics cards. It’s also broader than the Core V2, allowing for an up to three-slot cooler to fit inside. That should make it possible for quieter external graphics cards, too.

Like both its predecessor enclosures the new Core X Chroma utilizes a Thunderbolt 3 connection to deliver the data back and forth from the laptop to the GPU, although as CNET notes, it does require twin Thunderbolt 3 controllers to maintain stability. That port also allows for direct charging of the laptop while you play.

There’s the usual pull-out tray mechanism for swapping GPUs in and out too, making the process of testing or upgrading your graphics card quick and easy.

The Razer Core X Chroma is priced at $400 and is available in the U.S. and U.K., with plans to expand to other regions in the near future. 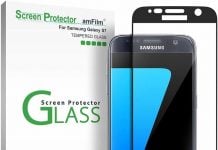 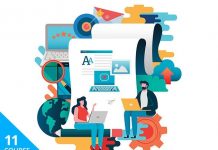