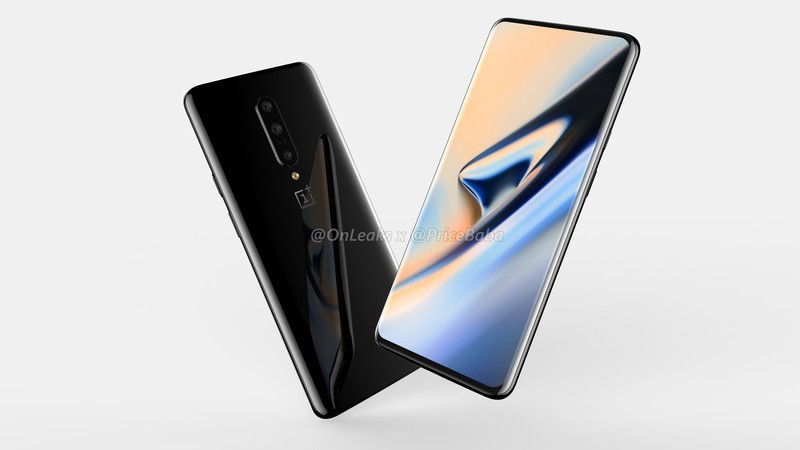 OnePlus has grown up a lot in just a few short years. Where the OnePlus One was very much so an enthusiast device that only diehard Android fans cared about, last year’s OnePlus 6T was a mainstream hit with a big U.S. presence thanks to a partnership with T-Mobile.

Both the OnePlus 6 and 6T proved to be two of our favorite phones of 2018, so as you’d expect, there’s a lot riding on the OnePlus 7.

What are we expecting from OnePlus’s latest and greatest? Here’s everything you need to know!

Okay, so I’m gonna stop with the estimations and give you all what you want. I can confirm that #OnePlus7 Series is launching globally on “14th May” 2019! Exactly 1 month left for #OnePlus’ Flagship Killer to be revealed! According to earlier leak: #GoBeyondSpeed! #OnePlus7Pro pic.twitter.com/KlUpHjZms7

If a leak by Ishan Agarwal is any indication, the next OnePlus device will be announced in just under a month’s time. The OnePlus 7 will reportedly debut on May 14, with two versions on offer: a standard model and a Pro variant. OnePlus’ strategy for this year will be different from what we’ve seen so far as the brand is also slated to launch a 5G-enabled phone alongside the OnePlus 7.

The OnePlus 7 is rumored to feature a retractable camera that will eliminate the need for a cutout, and is set to be powered by Qualcomm’s latest Snapdragon 855 chipset. Exactly a month later since our last look at the OnePlus 7, we now have new case renders that reveal the phone from every angle.

Like we saw back in March, the OnePlus 7 will feature a display with virtually no bezels and no notch of any kind. Instead, the front-facing camera is now housed in a pop-up slider mechainsm on the top frame. In these renders, we can see a cutout in the top of the case for the camera to slide in and out of.

Also showcased in the renders is the OnePlus 7’s three rear cameras, USB-C port, and alert slider. There’s no sign of a fingerprint sensor on the back of the phone, so chances are we’ve got another generation of in-screen sensor tech.

Thanks to reliable leaker @OnLeaks, a new batch of device renders have surfaced that apparently showcase the OnePlus 7.

Starting first with the front of the phone, there’s a 6.5-inch Full HD+ display with extremely small bezels — appearing to be even more minimal than the ones on the OnePlus 6T. Also different is the absence of the 6T’s water drop notch. Instead, OnePlus has moved the front-facing camera into a pop-up sensor in the top frame of the device similar to what we’ve seen before on things like the Vivo NEX.

Turning the OnePlus 7 over, we’re once again met with a glass back. This time around, however, we’re getting three rear cameras instead of two.

Also present on the OnePlus 7 is a USB-C charging port, speaker grill on the bottom frame next to it and OnePlus’s iconic physical alert slider. Since there’s no fingerprint sensor cutout on the back, we’re likely looking at another generation of an in-display one just like the 6T.

Do these renders have you any more or less excited for the OnePlus 7? Let us know down in the comments!

OnePlus has yet to release a phone that supports wireless charging, and unfortunately, it looks like that won’t be changing with the OnePlus 7.

In an interview during MWC 2019, OnePlus CEO Pete Lau said: Ready to kick off the new year with a bang? How about a first look at the OnePlus 7?

Courtesy of /LEAKS, a photo has appeared showing the OnePlus 6T next to what’s supposedly the OnePlus 7. The 7 noticeably lacks any sort of notch, leading us to believe that it’ll have a pop-up mechanism of sorts for the front-facing camera.

Also present in the photo is a pretty large speaker grill that seems to stick up above the screen. It’s not the most elegant thing we’ve ever seen, so hopefully OnePlus can do something with that by the time the phone’s released.

The OnePlus 7 will have a pop-up camera 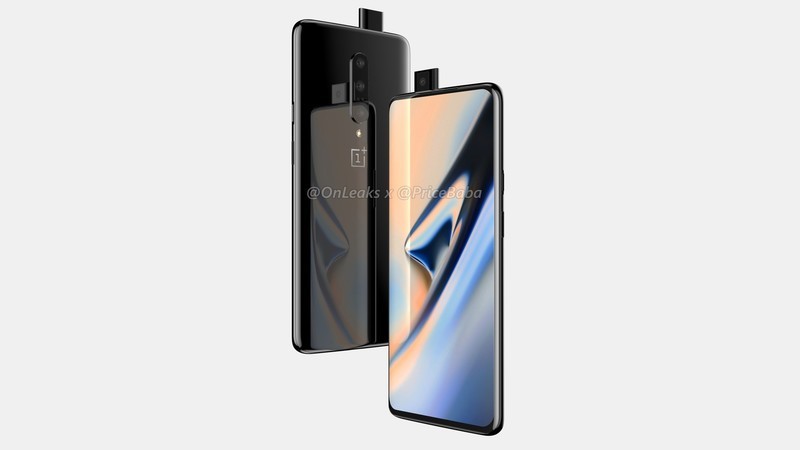 After two iterations of the infamous notch, OnePlus is making a bold move to get rid of it with the OnePlus 7 and replacing it with something pretty unique — a pop-up selfie camera.

According to the latest renders we’ve seen, the OnePlus 7’s display will be completely uniterrupted with no sight of a notch, camera cutout, or anything. When you want to use the front-facing camera, it’ll pop out of the top frame of the phone and then be tucked back away when you’re done with it.

The implementation looks similar to what we’ve seen on devices such as the Vivo NEX, leading us to believe that the pop-up design will use a small motor. That’ll certainly help the OnePlus 7 stand out from a design perspective, but it does give us some pause in regards to how well its durability will hold up after months of years of regular use.

Here are the rumored specs 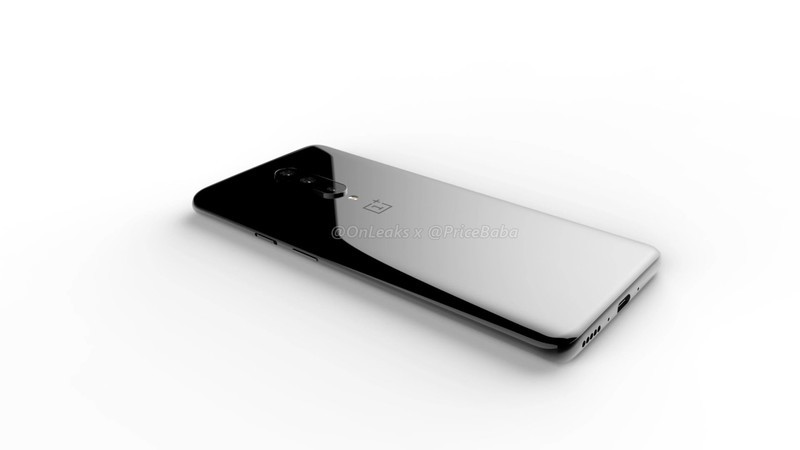 If there’s one thing that’s consistent each year with OnePlus phones, its flagship specifications.

From things like Qualcomm’s Snapdragon 855 processor to an impressive 4,150 mAh battery, here are the latest rumored specs for the OnePlus 7.

When will the phone be released?

OnePlus typically releases its first phone of each year around May – June, as evident by its last few device launches:

We have no reason to believe OnePlus will change anything this year, and considering that renders of the OnePlus 7 have already leaked like they have, we could look forward to an earlier May release instead of a June one.

How much is it going to cost? 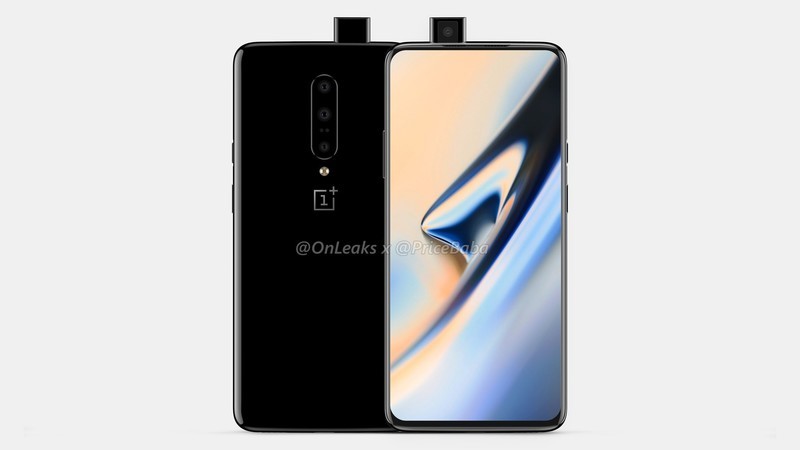 With each new phone that it’s come out with, OnePlus has steadily increased the starting price by around $20 or so.

Another price hike for the OnePlus 7 seems very likely, meaning it could very easily cost around $570 or more.

Father’s Day Gift Idea: These cheap 3D printers are on sale for less than $300

Get your dad into DIY printing by grabbing one of these 3D printers for as little as $160 ahead of Father's Day.
Read more
News

The coronavirus has spread to 188 countries around the world, and it shows no signs of abating. The pandemic has
Read more
News

ProtonVPN is the free VPN you need to try today

If you're looking for a great free VPN, then it's well worth giving ProtonVPN's service a try. You may be
Read more

How to watch Guardians of the Galaxy online: stream the movie for free

Marvel's Guardians of the Galaxy never loses its appeal, so why not continue streaming it again and again?
Read more

How to watch Seinfeld online: stream all 172 episodes for free

The sitcom from comic geniuses Jerry Seinfeld and Larry David is still talked about as much as it is viewed.
Read more

Sleep is an essential part of everyone’s routine. With the lockdown situation, there has been a rise in search queries related to “insomnia”, and “can’t sleep” for the months of April and May. To address this, Google has introduced a few bedtime tools to help achieve better sleep with the help of your phone.While we are all familiar with Digital Wellbeing, a feature introduced in Android 10, is now a dedicated app. And the app’s new “Bedtime mode” is more useful than ever.Google has introduced a few useful bedtime tools to help make sleeping and technology work together instead of against each other.A dark room, and quiet are essential to start the sleep cycle. Bedtime mode (formerly Wind Down) in Digital Wellbeing, your phone turns off visuals and audio to help you sleep. With the help of Do Not Disturb to turn off notifications for calls, texts, and other interruptions. The addition of Grayscale helps fade the colors on your phone to black and white and reduce the chance of you staying up.You can now schedule Bedtime mode, and even have it trigger automatically, or as soon as you plug your phone in for charge. Bedtime mode can also be added to your phones Quick Settings and is easier to reach than before. If you want to stay up a little longer, you can pause Bedtime mode and not interrupt the schedule in the app.Adding Clock into the sleep cycleSleeping and waking up at a fixed  time (even on off days) helps your body set a steady circadian rhythm, and significantly boost the quality of your sleep. If you use Google’s Clock app, there is now the addition of a Bedtime tab. You can set your daily sleep and wake times here and make the first step to a steady sleep schedule.Setting a sleep schedule and adjusting to bedtime habits with the help of Clock. It’s best to establish a wake-up time first in the Clock app and using that to decide the right bedtime schedule. Clock now lets you see your calendar for tomorrow and tell you how many hours of sleep you’ll get, letting you adjust your bedtime if needed.To help with sleep, you’ll now receive a reminder before your bedtime and get the option to play sounds from a complementary app like Spotify, YouTube Music, Calm, etc. If you combine Clock and Digital Wellbeing, you can limit interruptions when in sleep. If you do feel restless and use your phone past bedtime, you’ll be able to see how long and which apps you used in that period.The Sunrise Alarm & YouInstead of the traditional loud alarms, a gentler alarm tone helps wake you up more calmly. Using the Sunrise Alarm, you get a visual cue 15 minutes prior to your intended alarm. The tone can also be customized to a song you enjoy or any sound you prefer.YouTube and Bedtime Tools – Reducing binge watching before bedExclusive to Pixel devices, and coming to other Android devices later in the summer, you can set a bedtime reminder while using YouTube. If you indulge in watching videos close to your bedtime, YouTube will now pause to push notifications alerting you about your bedtime. You can choose to extend your bedtime but this will be logged in your Bedtime Mode.Bedtime Tools and Family LinkWith the combination of Bedtime and Family Link, you can manage your family’s screen time, in-app purchases, app downloads, and schedule bedtimes for their devices. Setting bedtime schedules and adjusting it from your app for everyone in the Family Link. Bedtime will lock the devices in the family device when bedtime comes, but the device can still be used to call if needed.With all these features in mind, Google has made it easier than ever for Android users and their families to achieve better sleep. The culmination of all the apps working together can help curb sleep problems and help families live healthier.
Read more