Goodnight to Google+, my first blogging and social platform 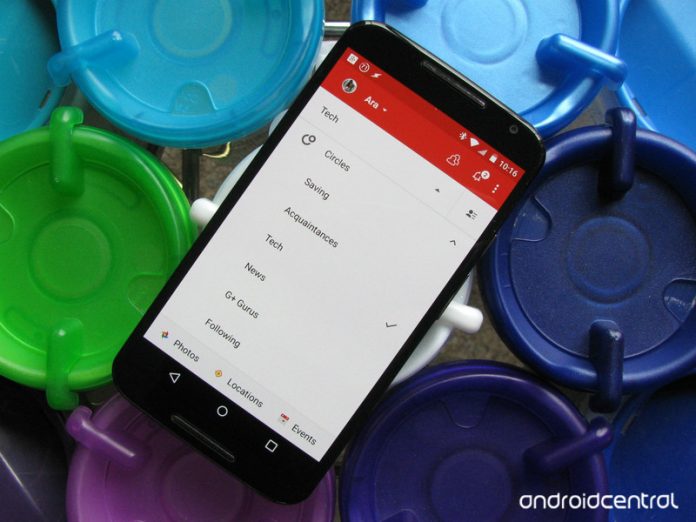 This “ghost town” of a social network helped me engage the world around me and develop my voice and my passion into a career. 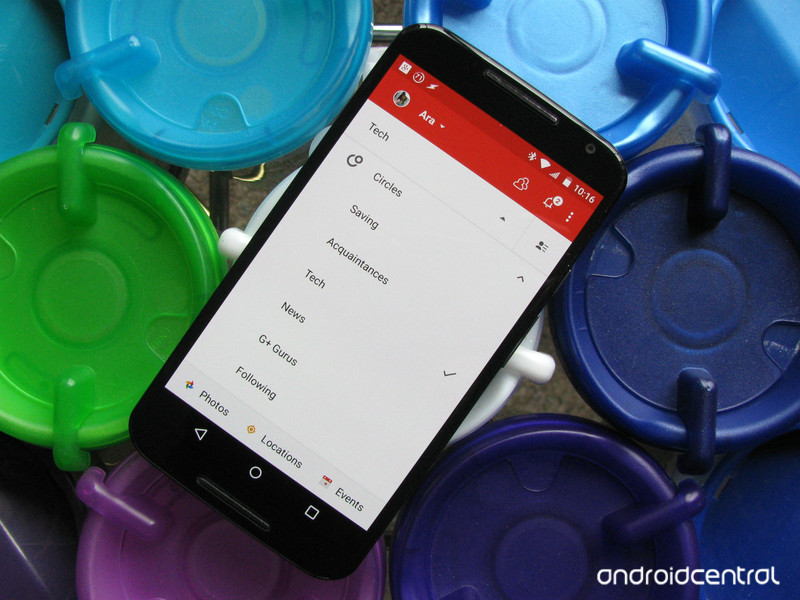 That headline is not hyperbole or exaggeration. Google+ may have been a laughing stock of the social world and a nuisance to Google and YouTube users who just wanted to comment on a video or leave a Google Maps review, but it was the first platform where I grew beyond a lurker and actually started participating. It was the first platform I felt truly good about using, and the community surrounding me. And while there are a million and one ways for a budding tech enthusiast to start blogging and spitting words on a page, Google+ was my place, so that was the first — and only — where I blogged before I was noticed and hired by Android Central. So I will forever be grateful to the platform that shaped my voice, began my networking efforts, and gave me the healthiest digital social experience I have felt to this day.

Thank you, Google+, and I’m sorry for abandoning you.

Why is Google+ closing down now? 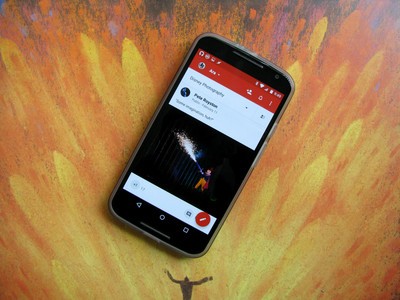 While Google+ had been limping along for years, a software glitch that had allowed user data to be potentially exposed from 2015 to March of 2018, and in August of 2018, Google announced Project Strobe to strengthen security, improve APIs and protect consumers by shutting Google+ down. That shutdown was originally slated for August of 2019, but after a second breach compromised user data again, Google moved the shutdown up to April 2nd.

I don’t even remember when I first started diving into Google+ — it happened sometime in college, possibly around the time I got my Nexus 7 tablet — but I remember slowly drifting from mostly commenting on others posts to making posts of my own, and starting to actually bond with some of the people I’d found through a wide and sometimes disjointed collection of Communities and Circles. I remember using Google+ to share frustrations — social media has always been a place for me to gripe, an activity I enjoy far too much to be healthy — but more than that I remember the pride of sharing successes and quiet victories on Google+, of helping with problems and contributing to Android bug reports and how-to questions. It felt more personal than Twitter and more positive than Facebook, and I loved it.

Ghost town or not, Google+ was the network that transformed me from lurker to networker.

Then college ended and I started working at a TV station, and Google+ became more than a time-killing passion; it became a lifeline. Google+ was where I turned when the way my producers cut down and misconstrued tech stories made me want to scream, and in a new town where I knew no one, Google+ was how I remained social and sane. It didn’t take long for me to turn my penchant for prolific rants and channel it into micro posts during my dinner breaks and days off.

My first blog post on G+ was about Google selling Motorola to Lenovo and how that wasn’t the end of the world. These posts were cathartic editorials most of the time, my ranting about how Chromecasts are wonderful but misunderstood, and how you should explore new apps and try a Chromebook — some things never change. The reach of the posts grew, the comments got wilder, and some days weren’t as good as others. One ridiculously hot day in July 2014, I wrote “Root of Temptation” about how root isn’t necessary anymore for a good Android experience, and after a small debate with myself over the possibility of inciting a torrent of flaming backlash from ROMmers, I shared it with the usual communities I’d been posting my articles to.

Then a funny thing happened: people agreed with me, and my little rootless rant reached like 200,000 people on Google+. I was a little blown away, but the next day I wrote something else and the world kept turning.

Then something really insane happened: I got an email from Phil Nickinson, Android Central’s former editor-in-chief (and current Modern Dad) 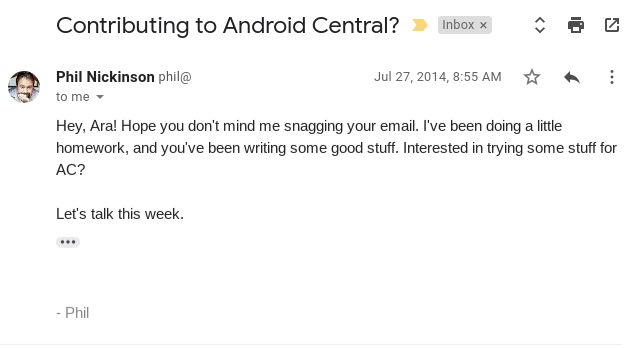 I never would have imagined this life for myself a decade ago, and it wouldn’t be possible without Google+.

I couldn’t believe I got noticed and hired off of Google+ — I still can’t really believe it some 4 and a half years later — but I jumped on the opportunity, started off writing help and how-to content about Google+, Google Play and Tasker, slowly got better and better, and four years to the day after Phil’s initial offer to freelance, I accepted a full-time position at Android Central.

Today, I basically live at Walt Disney World and write about Chromebooks, cases, themes, and Android apps for a living, a life I never would have imagined for myself a decade ago and a life that would not have been possible without a platform that pulled me out of my shell and let me learn to speak up in some of the safest, sassiest communities I ever saw.

Sometime in early 2017, Google+ broke its notifications system, letting conversations die as comments were left unreplied and letting G+ slowly fade into the background for busy users like me trying to stay alert and afloat amid two jobs and no free time. I hate that I fell off the network that built me over something as small as broken notifications — well, that and a growing amount of bot/spam — and I especially hate that I let some of my digital friendships wither with the network. 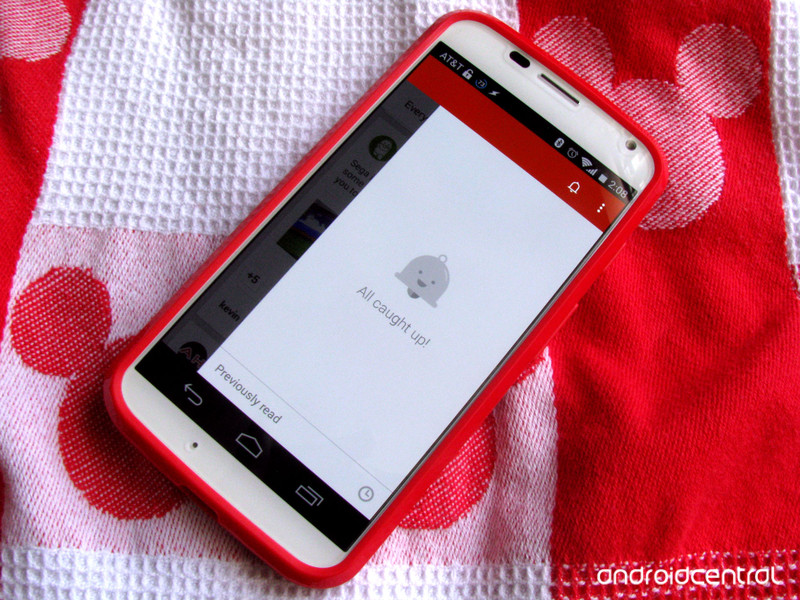 Some of my Google+ friends have kept in touch through other networks like Twitter, some I still talk to through Hangouts, and some I have no clue how to contact now that Google+ is going offline. If you’re one of the Plussers that helped make me who I am today — or just someone I nerded out with when I needed someone to help keep me sane — hit me up on Twitter, Reddit, or even email and let’s pour one out for the network that brought us together.

And as we say goodbye to Google+ — and Inbox, I’m not even ready to talk about my reliance on Inbox — bite back the low-hanging insults and dead memes and show a little respect to a network that was unique, under-utilized, and to which I am forever indebted to for the role it played in my arrival at this wonderful job in this wonderful company.

Thank you so much to every user, developer, and Googler who made Google+ my first real digital home. And now, if you’ll all excuse me, I’m gonna go cry now.