Home News From Oculus Quest to a Facebook redesign: Everything announced at F8 2019
News

From Oculus Quest to a Facebook redesign: Everything announced at F8 2019 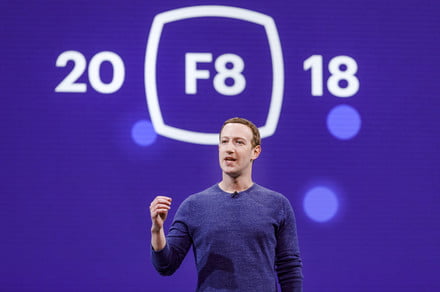 Facebook has had a bit of a rough year. After what seems like dozens of privacy scandals and reports about executive behavior within Facebook, however, the company is trying to turn its fortunes around at F8, its annual developer conference in San Jose, California. In fact, CEO Mark Zuckerberg began the keynote declaring that “the future is private.”

F8 is usually a bigger conference than many think it will be. Not only does Facebook usually announce updates to its core product, Facebook, but it also has updates for Messenger, WhatsApp, Oculus, and Instagram.

Facebook has announced a major redesign of the main Facebook website and app — making it much cleaner and easier to navigate. The new update is coming to users today, and includes an all-white look, though by the looks of it there’s an option for a dark mode too. According to Mark Zuckerberg, the goal is to make Facebook is a little more community-focused. The new Facebook is rolling out in the U.S. now, and will come to other countries in coming weeks and months.

Facebook is (hopefully) going to become a little more privacy-focused, and Mark Zuckerberg outlined six key components of making that happen: Private interactions, encryption, reduced permanence, safety, interoperability, and secure data storage. Of course, implementing these will take some time. In fact, Zuckerberg said that building a privacy-focused Facebook will take at least a year.

We’ll have to wait and see exactly when or how the company implements a more privacy-focused Facebook.

Some big changes are set to come to Facebook Messenger in 2019 — making it not only faster, but also more accessible. Perhaps most important is the fact that Facebook is making it easier to access Messenger on desktop — and will be launching a dedicated desktop app for Messenger for both MacOS and Windows. With the app, you’ll be able to chat with friends and family without having to navigate to Facebook.com, which will be helpful for those that find themselves endlessly scrolling every time they open the Facebook website.

Facebook has announced “Project LightSpeed,” which is aimed at minimizing the time ti takes for Facebook Messenger to launch, and run. According to Facebook, the LightSpeed update, which will roll out later this year, ensures that Messenger will launch in under 2 seconds — and that the app in general will be under 30MB in size. That’s down from Messenger’s current weight of a relatively heavy 70MB.

Facebook also wants to supercharge Messenger’s video capabilities. To that end, the company is launching a feature that will essentially allow users to watch videos in real-time together, while video-chatting. According to Facebook, the goal is to make watching a video more like watching in a real living room.

This story is developing.