The Massachusetts Institute of Technology and NASA are reinventing the airplane as we know it. Engineers from both institutions have teamed up to build and test a radically new type of airplane wing which they claim will boost aircraft production, flight, and maintenance efficiency. The wing is assembled from hundreds of minute identical pieces, called voxels, and is able to shape-shift during flight to meet the optimal parameters of whatever action it is performing at the time.

“This approach was previously implemented by our team as a one-meter span morphing wing,” graduate student Benjamin Jenett, who worked on the project, told Digital Trends. “The goal for this project was to come up with a scalable manufacturing process for large, lightweight cellular structures, to allow us to go from the RC plane-scale to the personal aircraft-scale [of around a five-meter wingspan] — thereby demonstrating the feasibility of this material system and production process for future aircraft construction.”

If you’ve ever been seated next to the wing on a flight, you may have noticed how conventional wings feature individual hinged pieces, called ailerons. These are used to control the roll of an aircraft along its longitudinal axis. The MADCAT (Mission Adaptive Digital Composite Aerostructures Technology) aircraft, meanwhile, allows the entire wing to deform during flight.

Each wing consists of roughly 2,000 voxels. These voxels are composed of 20 percent chopped glass fiber reinforced polyetherimide, a type of thermoplastic. Together they form a lightweight lattice framework, which is then covered with a thin layer of polymer material to form a skin. The stiffness of the completed wing is comparable to a block of solid rubber, although it only has one-thousandth the density.

“We successfully built two sets of wings — one homogeneous, one heterogeneous — and demonstrated both passive and actuated aerodynamic control and performance improvement in a wind tunnel test environment,” Jenett said.

Although this marks the end of the current MADCAT project, hopefully, it won’t be too much longer before the technology finds its way into completed planes. The researchers are also interested in other potential applications for the material. These could include everything from new blades for wind turbines to innovative methods of building structures in space.

A paper describing the research was recently published in the journal Smart Material and Structures. 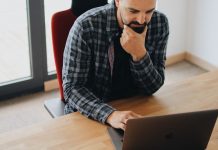 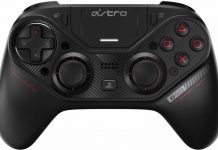 Astro C40 TR vs DualShock 4 back button attachment: Which should you buy? 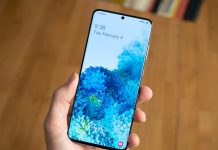 This $40 Microsoft Office training can help you reach new levels...