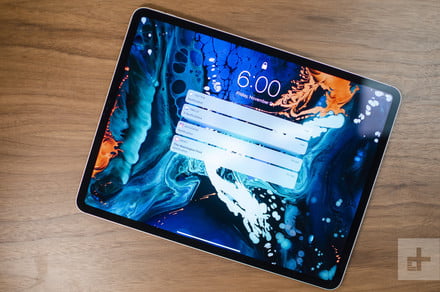 In the market for an iPad? Now is probably the time to buy. Why? Well, there are plenty of iPad models available now, meaning there’s likely one out there that’s perfect for your needs. On top of that, Amazon has announced a series of discounts on a range of iPad models — and they’re some of the lowest prices on Apple iPads and iPad Pros we’ve seen yet.

First up is the standard Apple iPad, which offers a 9.7-inch display and Apple’s A10 Fusion chip, which should be more than powerful enough for the vast majority of users. The standard iPad features a slightly older design, unlike the new iPad Pro design, but it’s still a great-looking device, plus it has Touch ID, which is handy. The standard iPad usually comes in at $330.

Next up is the 10.5-inch iPad Pro, which is the iPad Pro model that was released in 2017 — but is still an awesome device. The iPad Pro features a design similar to the 9.7-inch iPad, and offers an Apple A10X Fusion chip, along with a touch ID fingerprint sensor, 12-megapixel rear-facing camera, and up to 10 hours of battery life on a single charge. At launch, the 10.5-inch iPad Pro came at $1,000.

If you like the design of the new iPad Pro model, then you can still get a pretty sweet discount. The 11-inch version of the iPad Pro offers Apple’s A12X Bionic chip, which is ultrapowerful and should be more than good enough for the majority of users. The device also comes with a 12-megapixel rear-facing camera and a 7-megapixel front-facing camera. Like new iPhone models, the 11-inch iPad Pro offers Face ID, meaning you can unlock the tablet just by looking at it.

Want to step things up a bit when it comes to display size? The 12.9-inch iPad Pro may well be the tablet for you. The device offers everything that you’d get in the 11-inch model, but it steps up the display size to a whopping 12.9-inches — which is about on-par with the display size on many laptops. It also includes the powerful Apple A12X Bionic chip, which has been hailed as Apple’s most powerful processor to date. Usually, the 12.9-inch iPad Pro comes in at a hefty $1,000.