Apple Arcade reportedly supported by investments of more than $500 million 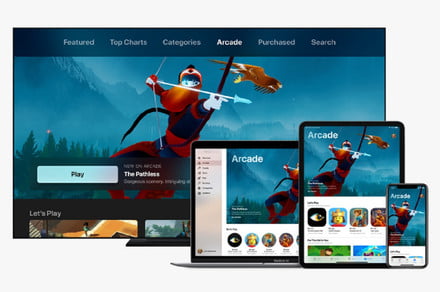 Apple Arcade, Apple’s video game subscription service, will reportedly be supported by investments worth over $500 million, revealing its importance to the company’s plans.

Apple is spending several million dollars on more than 100 games for Apple Arcade, sources told Financial Times, placing the budget to secure games for the service at more than $500 million. If the figure is accurate, it represents a fairly large commitment, especially when considering that the budget for the initial roster of shows for Apple TV Plus is $1 billion.

The Financial Times report also claimed that Apple is offering incentives to developers if they choose to release games as Apple Arcade exclusives.

All of the games offered in Apple Arcade will be exclusive to the mobile platform and will not be available on the Google Play Store, sources told 9to5Mac. The deal with developers are for “mobile exclusive” titles, so the games may also be eventually released on the PlayStation 4, Xbox One, and Nintendo Switch, just not on Android. Nor will Apple Arcade games be available on the App Store as separate downloads.

HSBC analysts, quoted by Financial Times, predict that Apple Arcade revenues will grow from $370 million in 2020, to $2.7 billion in 2022, and to $4.5 billion in 2024, when there will be 29 million subscribers paying $12.99 per month for the service. It remains unclear if Apple will be able to reach significant success with Apple Arcade, but the company definitely has the money to spend to boost the service.

Apple Arcade will offer subscribers a wide selection of games that may be downloaded and played on iOS, Mac, and Apple TV. It will launch this fall through the App Store, with titles such as The Pathless, Lego Brawls, Hot Lava, Oceanhorn 2, and Beyond a Steel Sky. The games will not require an internet connection, unless they come with online multiplayer modes, and they may be shared between multiple devices through Apple’s Family Sharing feature.

The subscription price for the service remains unknown.

Apple Arcade was announced last month in Apple’s “It’s Show Time” event, alongside Apple News Plus that provides access to more than 300 magazines for $10 per month, a revamped Apple TV app, and the Apple TV Plus streaming service that will look to challenge Netflix.