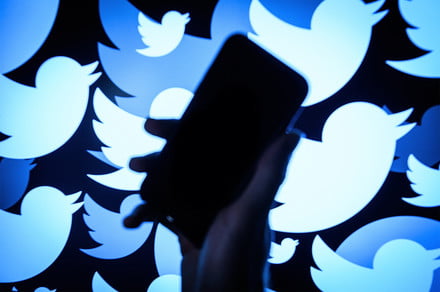 Twitter’s previously promised updated dark mode is here, ditching an often complained about blue background for a true black designed to be easier on the eyes. On Thursday, March 28, Twitter began rolling out an updated dark mode based on user requests, available first on iOS devices.

It was dark. You asked for darker! Swipe right to check out our new dark mode. Rolling out today. pic.twitter.com/6MEACKRK9K

As dark modes trends in app design, Twitter CEO Jack Dorsey tweeted earlier this year that the company was working on a fix to the previous dark mode, which used a dark blue background instead of a true black. The new design uses two modes, a Dim option that’s designed for LCD screens and a “Lights Out” that’s a true black made for the more recent OLED screens.

Twitter will also turn on dark mode for you — toggling the auto dark mode option in settings will automatically switch to the dark mode later in the day, when the black background tends to be easier on the eyes.

To activate the new dark mode, swipe left to right on the Twitter home screen to bring up the menu. Tap “settings and privacy,” then “display and sound” to see the toggle for dark mode as well as the different options.

Experts suggest that reading from a screen with a dark background causes less eye strain. Because artificial light can disrupt sleep cycles, many say that a dark mode is better for users who habitually check their phone before bed.

The perks to dark mode can go beyond rescuing eyes from screen strain — certain types of screens also use less power with dark mode activated. On an OLED screen, for example, the screen just turns off the black pixels, which can help conserve battery power.

While several apps are jumping on the growing dark mode trend from Facebook Messenger to Windows 10 and MacOS, Twitter has had a sort of dark mode in place since 2016. The previous dark mode used a dark blue background, which doesn’t offer the same levels of contrast or battery savings as a true black.

The dark mode is rolling out first to iOS, but Twitters says that an updated Android dark mode, as well as a desktop dark mode, is on the way.