Here at Android Central, talking about, analyzing, and teaching people how to use Android phones is our bread and butter. It’s something we’ve been doing for years and is something we’ll continue with as we help make Android accessible for everyone.

The Nokia 7.1 remains as one of our top recommendations for a mid-range Android phone. It nails all of the basics, thanks to a beautiful display, powerful processor, and great battery. We also love the inclusion of things like an NFC chip and the newer Bluetooth 5.0.

Motorola’s Moto G7 delivers a lot of phone for not lot of cash. Its display is impressive, there are two rear cameras, a fingerprint sensor, and staples like expandable storage and a headphone jack. Compared to the Nokia 7.1, it’s just slightly less impressive.

If you have $300 to spend on a new phone and not a penny more, you can’t go wrong with the Moto G7. The display, battery, processor, and cameras are all better than you’d expect for the price. However, if you can spare another $50, the Nokia 7.1 delivers an overall better experience that we’d recommend splurging for if you’re able to. 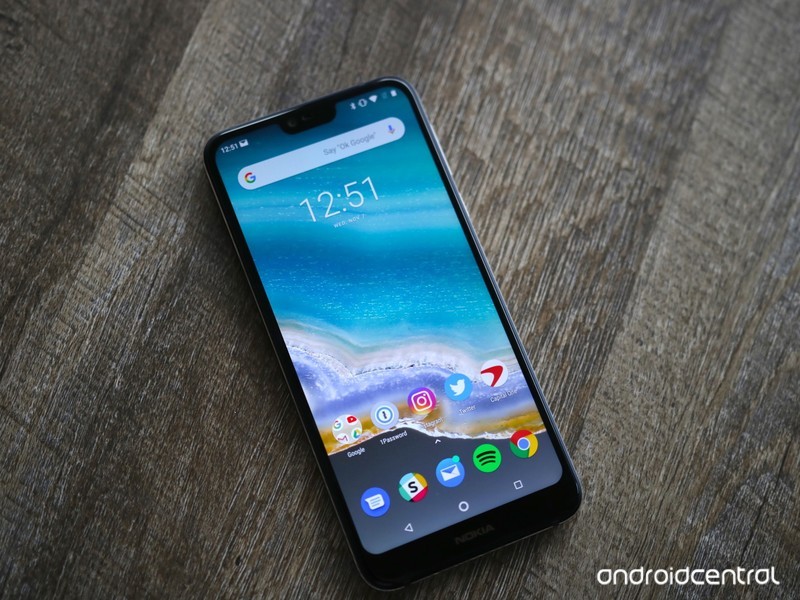 With just $50 separating the Moto G7 and Nokia 7.1, you’d expect both phones to have a lot in common. And for the most part, you’d be right. However, there are a few areas where the Nokia phone makes a good argument as to why you should spend a few extra dollars and get it over what Motorola’s offering.

One of the biggest advantages that the Nokia 7.1 has over the Moto G7 is its software. While both phones are running a near stock build of Android 9 Pie, software updates will be a lot more reliable with Nokia’s phone. Since the 7.1 is part of the Android One program, it’s guaranteed to receive software updates and security patches for the next couple years. Along with that, Nokia’s proven to have one of the fastest turnaround times in the industry when it comes to pushing updates out to users.

The Nokia 7.1 sets the standard for mid-range Android phones.

On the other hand, Motorola’s track record for software updates has been — less than ideal. The G7 will probably get updated to Android Q at some point, but don’t expect any other big updates beyond that. Similarly, the speed at which you’ll get updates on the G7 will be a lot slower compared to the Nokia 7.1.

Looking at other advantages of the Nokia 7.1, it has an NFC chip built-in, meaning that you can use it for paying at stores that accept Google Pay. The display not only supports HDR10 content, but it can also convert SDR videos into HDR ones so that they’re brighter with more powerful colors. If you’re a frequent user of wireless headphones and other accessories, the Nokia 7.1’s Bluetooth 5.0 will be more reliable than Bluetooth 4.2 on the Moto G7.

These are all fairly small things on their own, but when you add them up together, they start to make a pretty big difference.

Everything else is mostly the same 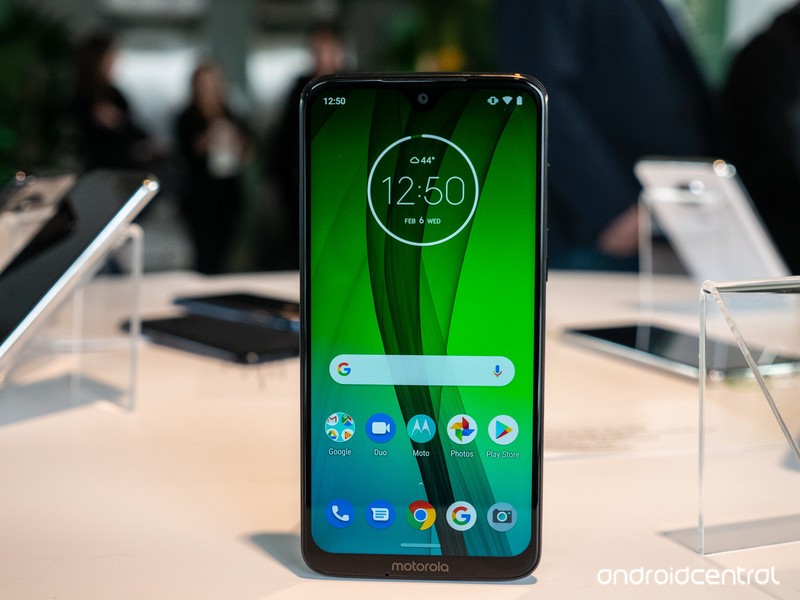 Elsewhere, the Nokia 7.1 and Moto G7 are really comparable. Both have big, crispy LCD displays, capable Qualcomm Snapdragon processors, a healthy amount of RAM for multi-tasking, and 64GB of internal storage that can be expanded using a microSD card. Also included with both are dual rear cameras, a fingerprint sensor, and everyone’s favorite — a 3.5mm headphone jack.

In other words, if $300 is the top of your budget and you really can’t afford the Nokia 7.1, don’t feel like you’re settling for the Moto G7. It offers an impressive list of features and specs for such a low price and is a phone we definitely recommend checking out. If you can spend a few more dollars, however, the Nokia 7.1 delivers some extra premium features and will age better over time.

Why do we love the Nokia 7.1 so much? In day-to-day use, it really doesn’t feel like you’re missing out on much compared to a flagship that costs hundreds of dollars more. It nails all of the basics and offers some extra goodies like NFC and an HDR display.

While it does lack in a few areas compared to the Nokia 7.1, the Moto G7 still delivers a lot of goods for not a lot of money. We wish NFC was included and that Motorola was better with software updates, but for $300, it’s hard to do better at this price.