HomeNewsResearchers gave alligators headphones and ketamine. They had their reasons
News

Researchers gave alligators headphones and ketamine. They had their reasons 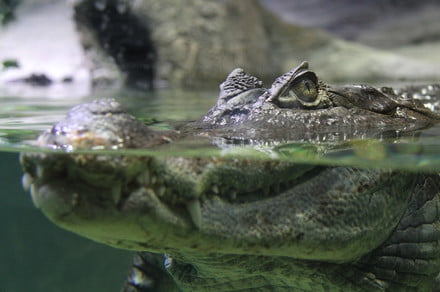 On the scale of bad ideas, giving alligators the drug ketamine and then monitoring them up close and personal to see how they respond to noises sounds like something you would read about in the Darwin Awards. In fact, it describes a recent science project carried out by researchers in the U.S. and Germany — and, rather than recording it in the Darwin Awards, the findings were published in The Journal of Neuroscience.

“[We built] small earphones from commercial earbuds and otoscopic horns,” Lutz Kettler, a neuroscientist at Germany’s Technical University of Munich, told Digital Trends. “We needed a device to present sounds to the alligators. The earphones were attached to the alligators’ ears, that are hidden behind ear flaps right behind the eyes. They allowed us to present stereo tones to the alligators in a controlled way; pretty similar to what you experience with your stereo headphones while watching and listening to a movie. You can tell where the sound is coming from. We also attached electrodes to measure brain responses to the tones we played.”

The research, which was conducted on 40 sedated gators, was carried out Rockefeller Wildlife Refuge in Louisiana. It was intended to analyze something called “interaural time difference,” the difference in time that it takes a sound to reach each ear, which helps identify where a sound is coming from. The research showed that alligators create the same kind of neural maps of sound as birds, most likely owing to their common archosaur ancestors.

Kettler said that there is no immediate application for this research, although that could change in the future. “We want to know how the brain works because we humans are curious,” Kettler continued. Specifically, this work helps answer some questions about the evolution of the auditory system. “This small piece of the greater puzzle may help to understand human hearing as well, which for example might help to improve cochlear implants for hearing-impaired people.”

Dell slashes gaming laptop prices across the board

Dell is practically giving away XPS 13 laptops and XPS desktops