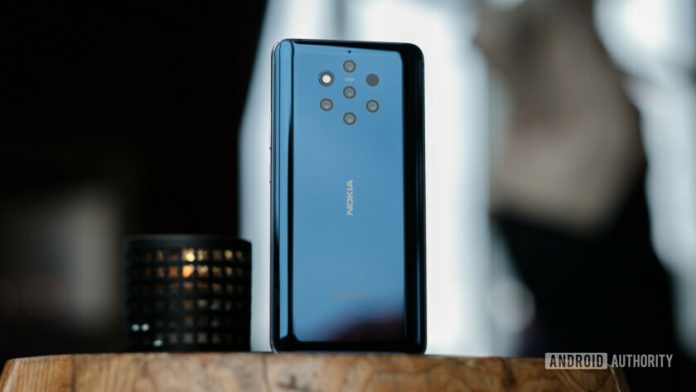 HMD Global today announced the Nokia 9 PureView, its premium device for the first part of 2019. The Nokia 9 PureView sits above the Nokia 8 Sirocco in the manufacturer’s lineup and is impressive for reasons beyond the five-camera array sprinkled across its rear panel.

There’s no mistaking that the Nokia 9 PureView is a high-end device.

There’s no mistaking that the Nokia 9 PureView is a high-end device. The company has been working on the phone for some time together with Qualcomm and Light to ensure it’s an appealing photo machine for passionate photographers. Before we get to the cameras, let’s look at the rest of the hardware in our HMD Global Nokia 9 PureView hands-on. 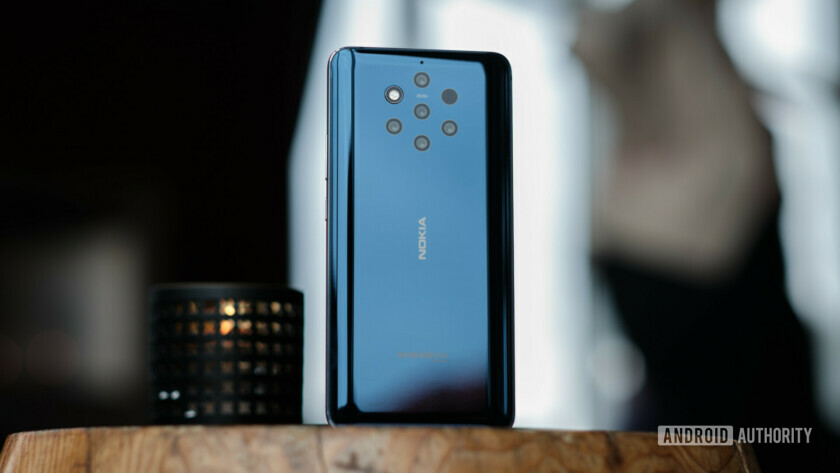 The Nokia 9 PureView brings the bling

Engineers in a materials lab somewhere are screaming that their lab-brewed, poly-carbon-fiber-whatever is the strongest stuff on earth. Until that material is ready, HMD Global stuck with the basics: metal and glass. Series-6000 aluminum forms the Nokia 9 PureView’s frame. It has diamond-cut chamfers and has a blue, anodized finish. It’s nice. The frame is sandwiched by two slabs of glass. HMD Global called it “3D glass.” Both panels are Gorilla Glass 5. The panels feel great and the back is colored an attractive blue. 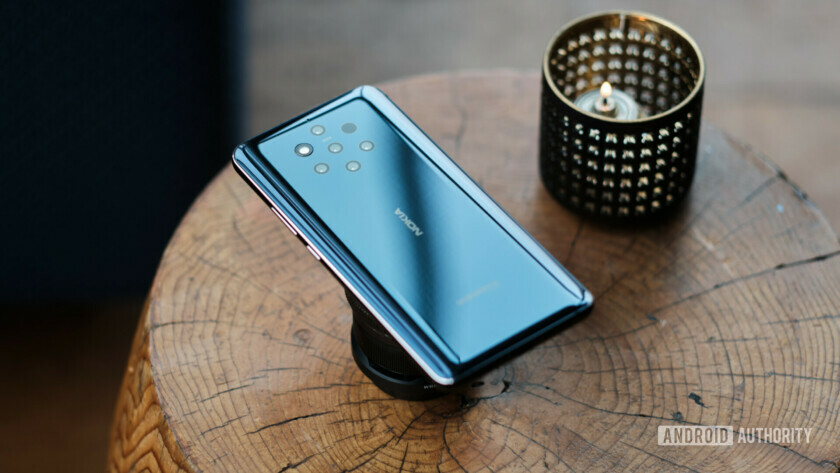 The Nokia 9 PureView is surprisingly light — it almost feels too light. The phone has a 5.99-inch screen, which means it has a sizable footprint, but HMD kept the profile razor thin.

The screen is very nice. HMD opted for an OLED panel with 2K resolution. It produces rich blacks and plenty of color. OLEDs are known to push the color a bit and that’s true with this screen. Even so, I didn’t find it oversaturated. The Nokia 9 PureView’s cover glass showed more fingerprint grime than I cared to see, but still pushed out enough light for me to use the camera outdoors on a cloudy morning. The phone introduces an in-display fingerprint sensor for security, matching a feature many other flagships (OnePlus 6T, Galaxy S10) have introduced in recent months. 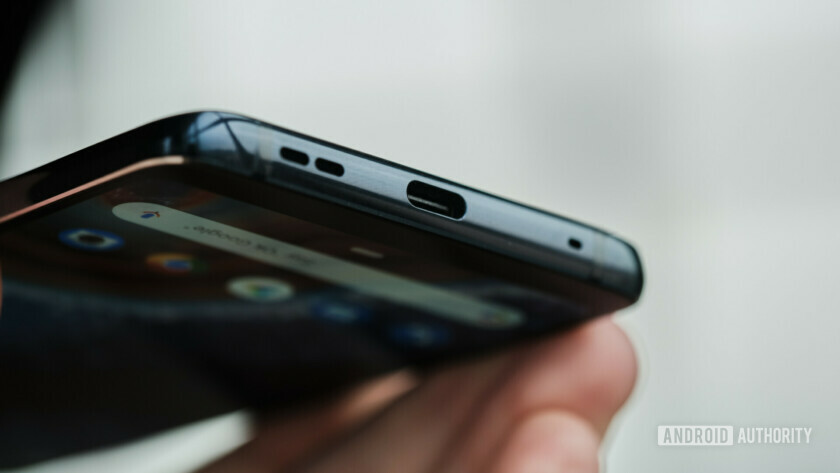 The rear panel is gorgeous. It is finely curved from edge to edge.

You’ll find a fairly typical set of controls and ports around the outer edges. The power button and volume toggle are on the right. Both work as expected for a phone of this caliber. The Nokia 9 PureView includes USB-C on the bottom but you won’t find a 3.5mm headphone jack here.

The rear panel is gorgeous. It is finely curved from edge to edge. It may not sit totally flat on a table or counter, but the curved glass helps reduce the footprint and makes the Nokia 9 PureView sit deeper in your hand. 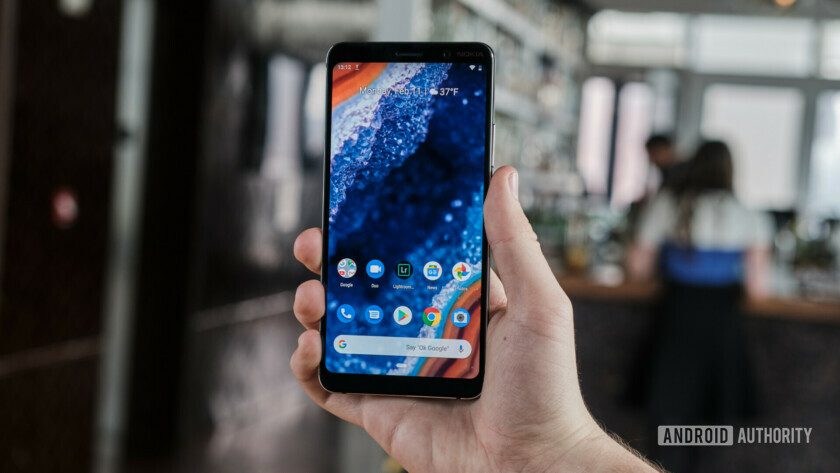 The Nokia 9 PureView is a fine looking phone and a clear step up from anything we’ve yet seen from HMD Global.

The camera array has five camera sensors, an LED flash, and a phase-detection auto-focus module. The way the cameras are collectively arranged makes me think of the sentinels from “The Matrix.” It looks like it’s from the future. Two of the camera sensors snap 12MP color images, while the other three snap monochromatic 12MP images for contrast, depth, and exposure information. HMD Global claims these monochrome sensors can capture 2.9 times the light of a full-color sensor. The three working together can bring 10 times the exposure data to the photo. The cameras work in unison at all times, says HMD. The five images are processed and layered to deliver the best results. 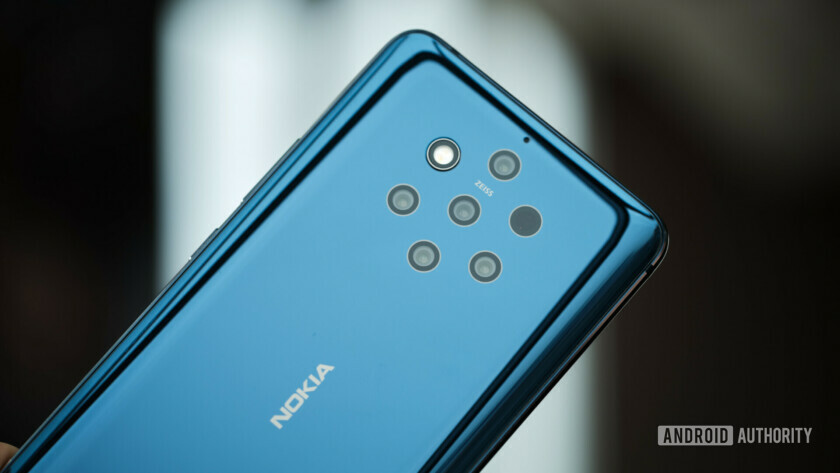 It’s hard to quantify the amount of information being captured with each shot. Most modern bokeh-equipped cameras capture 1MP of depth data. The Nokia 9 PureView captures 12MP of depth data — twelve times as much as most other phones. This greatly expands the potential for variation in the photos (which are captured in the unprocessed RAW/DNG format). Using Adobe Lightroom, which is preloaded on the phone, you can set the focus point at any spot in the image and blur out the rest. You can change all of this after taking the shot to suit whatever your needs or creative desires may be. 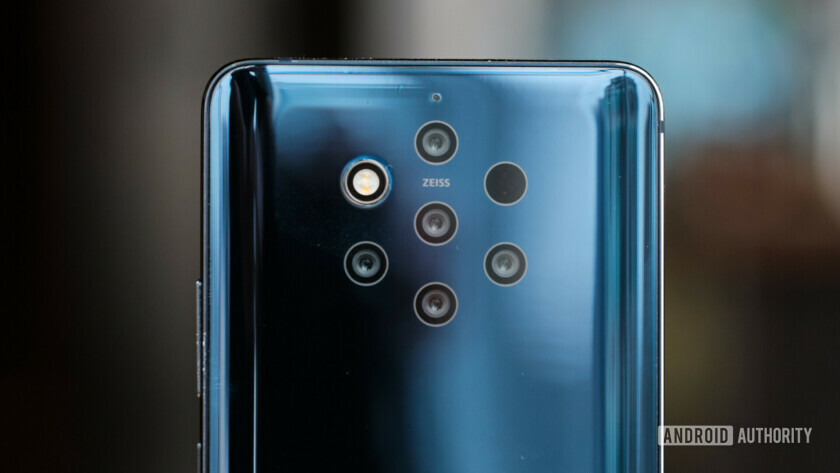 Carl Zeiss glass is featured, once again, on a Nokia-branded device.

The best part? You won’t know you’re shooting a photo with five cameras. The camera app is arranged similarly to most other modern camera apps, and the Nokia 9 PureView is super fast to capture and store images. This means users can simply pick it up and fire away without thinking too much. If you want to flex some creative muscle, there’s a bokeh mode for portraits, pro mode for manual exposures, as well as panorama, video, and slow motion.

Carl Zeiss glass is featured, once again, on a Nokia-branded device. The Nokia 9 PureView has Zeiss Optics-designed lenses that have been tuned for the phone’s unique camera setup. I’m glad to see the PureView name being used again on a camera-centric device. 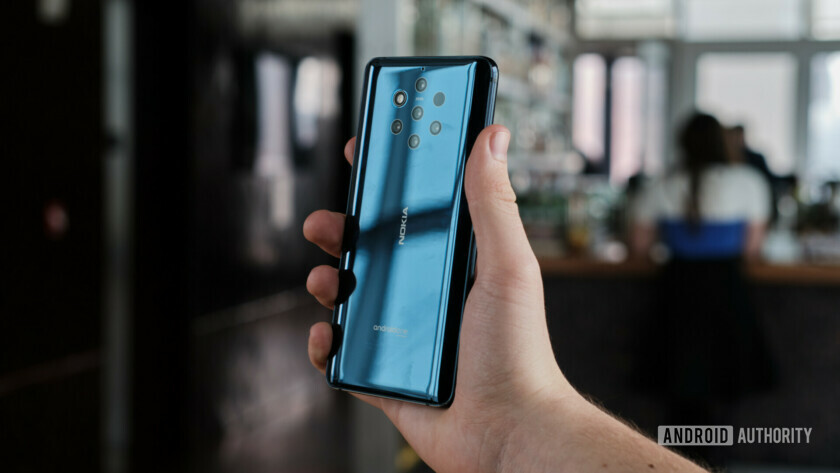 The Nokia 9 PureView runs Android 9 Pie out of the box with a strong commitment from HMD Global. The device will receive system updates for two years and security updates for three years.

HMD has elected to go with a stock build of Android 9 Pie. This is a good thing. It keeps the phone running in optimal condition by keeping bloat to a minimum. The software we saw on the Nokia 9 PureView looked clean and performed as expected. 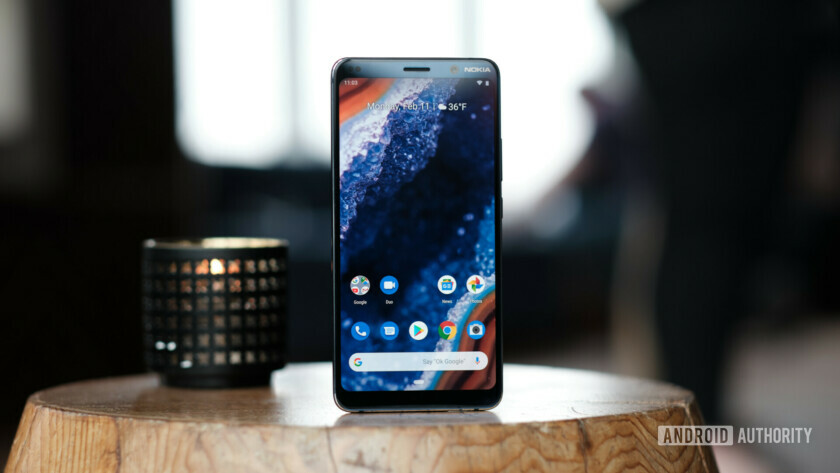 Nokia 9 PureView to be made in limited numbers

HMD Global said the Nokia 9 PureView will be available in “limited quantities” in our meeting. It won’t have an ongoing manufacturing line, which means there will be a relatively limited number available. HMD Global wouldn’t provide guidance on just how “limited” the Nokia 9 PureView may be. Bottom line, if this phone interests you — and it should — don’t hesitate to grab one as quickly as you can.

Get it at Best Buy

More coverage of Nokia at MWC 2019 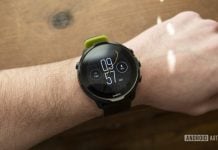