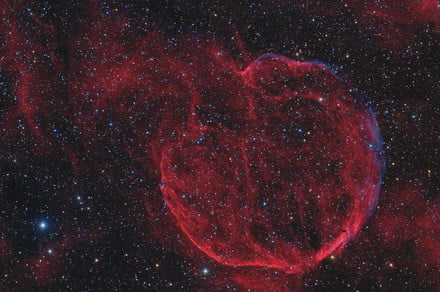 CTB 1, seen here in a deep exposure that highlights visible light from hydrogen gas, is the expanding wreckage of a massive star that exploded some 10,000 years ago. The pulsar, formed in the center of the collapsing star, is moving so fast it has completely exited the faint shell. Scott Rosen/NASA/GSFC

The pulsar, named PSR J0002+6216 or J0002 for short, is traveling at a breathtaking 2.5 million miles an hour, fast enough that it could travel between the Earth and the Moon in just six minutes. A type of neutron star, pulsars are what is left behind after the supernova explosion of a massive star. They are very dense and spin quickly, creating a tail of radio emissions which points toward their origin.

“Thanks to its narrow dart-like tail and a fortuitous viewing angle, we can trace this pulsar straight back to its birthplace,” said Frank Schinzel, a scientist at the National Radio Astronomy Observatory (NRAO) in Socorro, New Mexico, said in a statement. “Further study of this object will help us better understand how these explosions are able to ‘kick’ neutron stars to such high speed.”

The pulsar is located 53 light-years away from the remnant of a supernova called CTB 1, and its tail suggests that this was where it was born around 10,000 years ago.

The J0002 pulsar was discovered by a citizen scientist who combed through the Fermi data as part of the [email protected] project, using the processing power of volunteers’ computers to identify astronomical features of interest. This has helped scientists to analyzed the huge amount of data that Fermi collects.

“The longer the data set, the more powerful the pulsar timing technique is,” co-author Matthew Kerr said in a statement. “Fermi’s lovely 10-year data set is essentially what made this measurement possible.”

The CTB 1 supernova remnant resembles a ghostly bubble in this image, which combines new 1.5 gigahertz observations from the Very Large Array (VLA) radio telescope (orange, near center) with older observations from the Dominion Radio Astrophysical Observatory’s Canadian Galactic Plane Survey (1.42 gigahertz, magenta and yellow; 408 megahertz, green) and infrared data (blue). The VLA data clearly reveal the straight, glowing trail from pulsar J0002+6216 and the curved rim of the remnant’s shell. CTB 1 is about half a degree across, the apparent size of a full Moon. Composite by Jayanne English, University of Manitoba, using data from NRAO/F. Schinzel et al., DRAO/Canadian Galactic Plane Survey and NASA/IRAS

Exactly how the pulsar came to be traveling at such tremendous speeds is still a mystery. Schinzel and Kerr are hopeful that further study of J0002 will reveal more about how it reaching its supercharged speed. 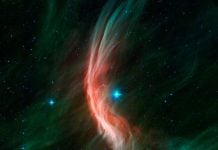 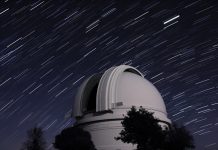 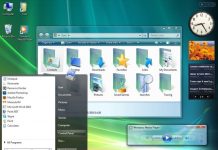